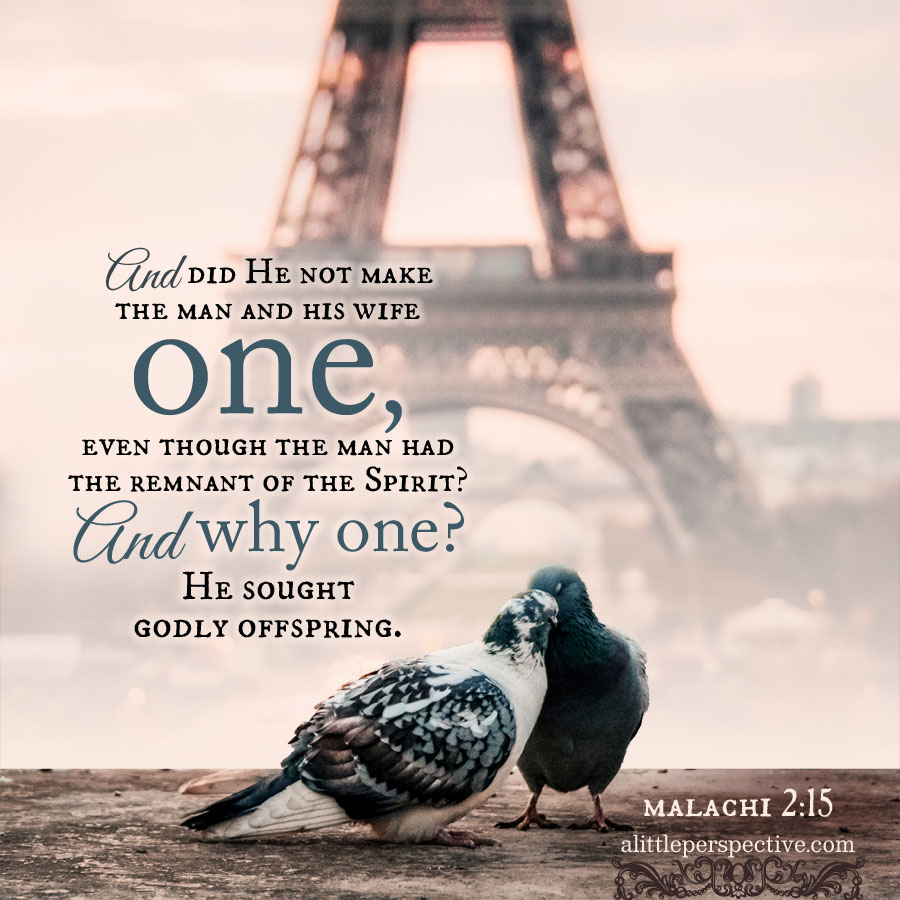 Read Malachi 1 and 2 at Bible Gateway.

Why is it that Jacob was beloved by God, while Esau was hated by God? Paul says that it was not because of any good or evil which the boys had done, but for the purpose of His election and calling, He loved Jacob and hated Esau (Rom 9:10-13).  And yet, the testimony of Scripture is that Esau was a fornicator and a profane person (Heb 12:16), who despised his birthright – in other words, held those things which should be honored as contemptible. He married pagan wives of the Canaanites, and when he saw that his wives brought grief to his parents, he married another pagan, thinking however that as she was a descendant of Abraham she would be acceptable.

Righteousness and honor did not appeal to him, while he was comfortable and at home with idolaters and the perverse. I do not believe that God hated Esau capriciously, but having perfect foreknowledge, knew that this was Esau’s nature.

In fact these two brothers displayed the same dynamic that was present in Cain and Abel: two brothers, one loving righteousness and seeking to honor God, one loving wickedness and seeking to skate by with as little as he could get away with. Cain and Abel, Ishmael and Isaac, Esau and Jacob are representatives of two seeds in the earth: the seed of righteousness, and the seed of unrighteousness. Abel, Isaac, and Jacob are prophetic types of the Promised Seed, Messiah Yeshua, the Seed of Righteousness, while Cain, Ishmael, and Esau are prophetic types of the antichrist and all the seed of unrighteousness in the earth. This is why the LORD said:

“They may build, but I will throw down;
They shall be called the Territory of Wickedness,
And the people against whom the LORD will have indignation forever.” Mal 1:4

The people against whom the LORD will have indignation forever, are the seed of unrighteousness, prophetically pictured here by Esau and his descendants. He uses this same language in regard to the Amalekites (a grandson of Esau, of whom was Haman the Agagite in Esther): “Because the LORD has sworn: the LORD will have war with Amalek from generation to generation,” (Exo 17:16).

Now Malachi has a burden from the LORD against the priests, who offered the offerings at the rebuilt Temple morning and evening as prescribed, but the offerings they offered, were crippled or blind, not without spot or blemish. Moreover,

LORD, keep watch over the state of my heart, and let me always turn toward You in fervent devotion!