You are here: Home / Bible Study / bible for beginners / Leviticus 22 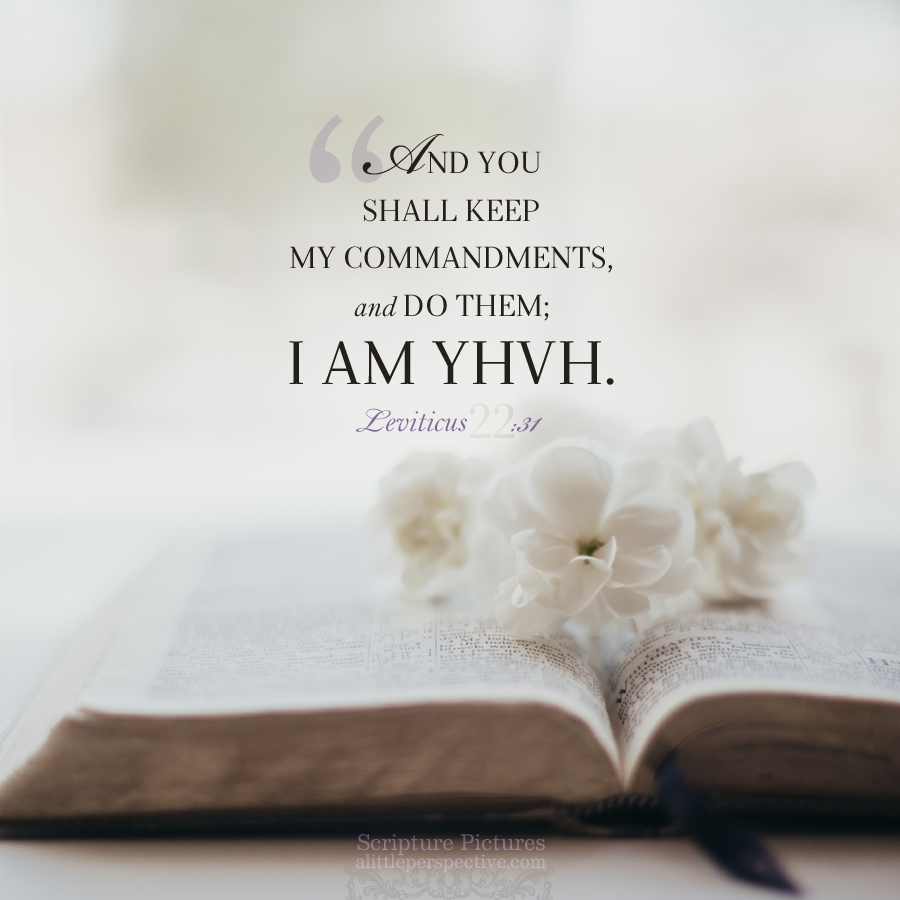 And YHVH God took the man, and put him in the garden of Eden to dress it and to keep it.

It is a primitive root verb, Strong’s H8104 שמר shamar, “to keep, to watch, to guard as a husbandman or shepherd.” The modern three-letter root is shin + mem + resh. The Ancient Hebrew Lexicon tells us that the shin + mem in this root were originally a sin + nun, the similar sounds becoming transposed over time. So the ancient pictographs were sin + nun + resh.

Shepherds would surround their flocks at night with thorn branches to protect them from predators when they were pasturing them away from the fold. They kept or guarded their flocks so that their children would be provided for. Thus, to closely guard (sin) for the next generation (nun) that which is of first importance (resh). Interestingly enough, what is closely guarded is like a prisoner in a prison; he is guarded so that he does not escape. YHVH’s commandments are kept in our hearts, before our eyes and before our ears; closely guarded there so that they do not escape.

Its first occurrence is in Gen 1:7:

It is a primitive root verb, Strong’s H6213 עשה asah, meaning, “to do.” The modern three-letter root is ayin + shin + hey. The Ancient Hebrew Lexicon tells us that the shin was transposed from an original sin over time because of their similar sounds. So the ancient pictographs were ayin + sin + hey.

If there are questions, this is a good resource:

That Righteousness is of Faith – Christine Miller