You are here: Home / Bible Study / bible for beginners / Leviticus 18 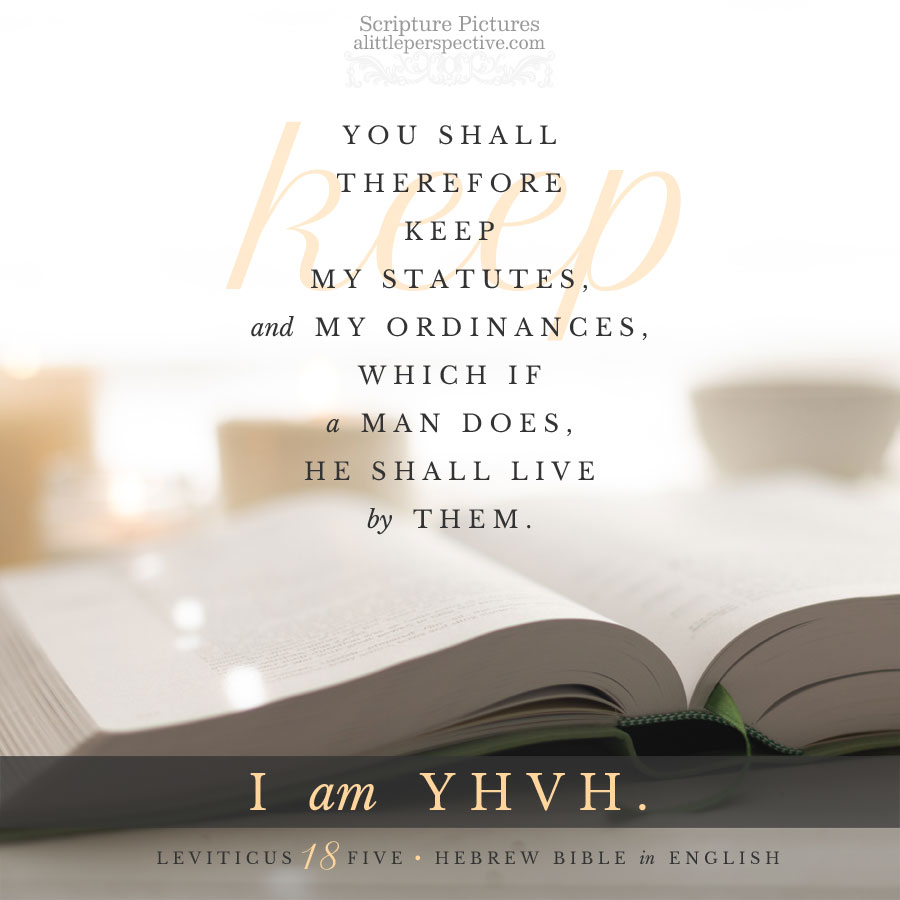 Now we come to the sore spot of the Torah (for the world); those things which YHVH considers abominable. The majority of Lev chapter 18 has to do with forbidden relations, which, we gather, were the common custom of both Egypt, where they had been, and Canaan, where they were going. There is a single verse, however, in the middle of the Repetition of forbidden relations, which stands out like a sore thumb, because it is a Break in the previously Established Pattern:

And you shall not let any of your descendants pass through the fire to Molech, nor shall you profane the name of your God: I am YHVH. Lev 18:21

Molech was a gruesome and abominable idol of the Canaanites, who demanded the sacrifice of children as burnt offerings. The height of his worship was at Carthage, a Phoenician colony in North Africa. The Phoenicians were Canaanites, who established colonies in many places, sent out from Sidon and Tyre. It might be that the offspring of these forbidden relations were reserved for such sacrifice, which would explain the break in pattern in the midst of this strong theme. Be that as it may, these customs of Egypt and Canaan were practices common in the culture, not only common but promoted and admired, which God revealed as abominable and unholy. If His people have taken Him for their God, then, He says, separate yourselves from these common norms of the culture, for they defile the land and profane His name. Leviticus, far from being arcane and outdated, has much to teach us. Here is the Chiastic Structure:

If there are questions: