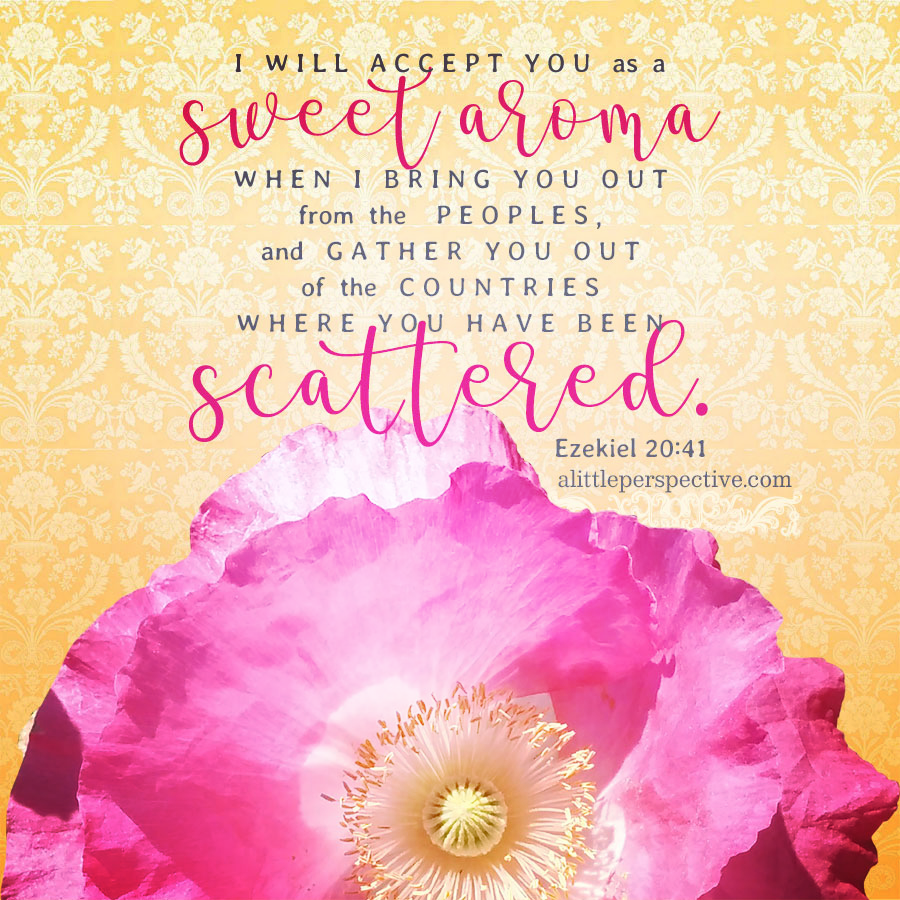 The Hebrew paragraph divisions and chiastic structure formed by vayikra is posted here. The explanations for the different types of offerings are posted in Lev 1-2, Lev 3-4, and Lev 5-6. This year I began to take note of the many repetitions of words, phrases, and processes that occur throughout vayikra. Repetition and patterns, and also just as importantly, breaks in patterns, are teaching tools of Scripture, so I have begun to outline the parashah with regard to its repetitions, patterns, and breaks in patterns.

One of the repeating phrases is “sweet aroma.” I wondered why a burning carcass would be considered a sweet aroma to the Lord. When I smell something like that burning, “sweet” isn’t the descriptive word that comes to my mind.

The first usage of this phrase in Torah follows Noah coming out of the ark in a world swept clean of violence. Noah offered the clean animals as an offering to the Lord:

And the Lord smelled a soothing aroma. Then the Lord said in His heart, “I will never again curse the ground for man’s sake, although the imagination of man’s heart is evil from his youth; nor will I again destroy every living thing as I have done.” Gen 8:21

sweet: Strong’s H5207, from the primitive root Strong’s H5117, nuwach, nun + vav + chet, “to rest.” This is the root of Noah’s own name. His name means comfort or rest. The picture being painted is of continuing outside (i.e., the shepherd pastures his flock outside in a place of rest – still water and green pasture – after a long journey to arrive at that place).

aroma: Strong’s H7381, from the primitive root Strong’s H7306, ruwach, resh + vav + chet, “to smell.” This is the root of Holy Spirit, the Ruach haKodesh. The Spirit is like a wind, and smells are carried on the wind, therefore Spirit, wind, and aroma all share the same root. The picture being painted is of the man outside (i.e., the nomad, who follows the wind, and its changes, season by season, to move his flocks to pasture).

So the burnt offering that is offered to the Lord, is a sweet aroma to Him, a nuwach ruwach. A restful breath of wind, carrying the aroma of concordance with Him (as Noah and his family were; as the man of Lev 1 who is in right relationship was) instead of discordance with Him (as the earth before the Flood).