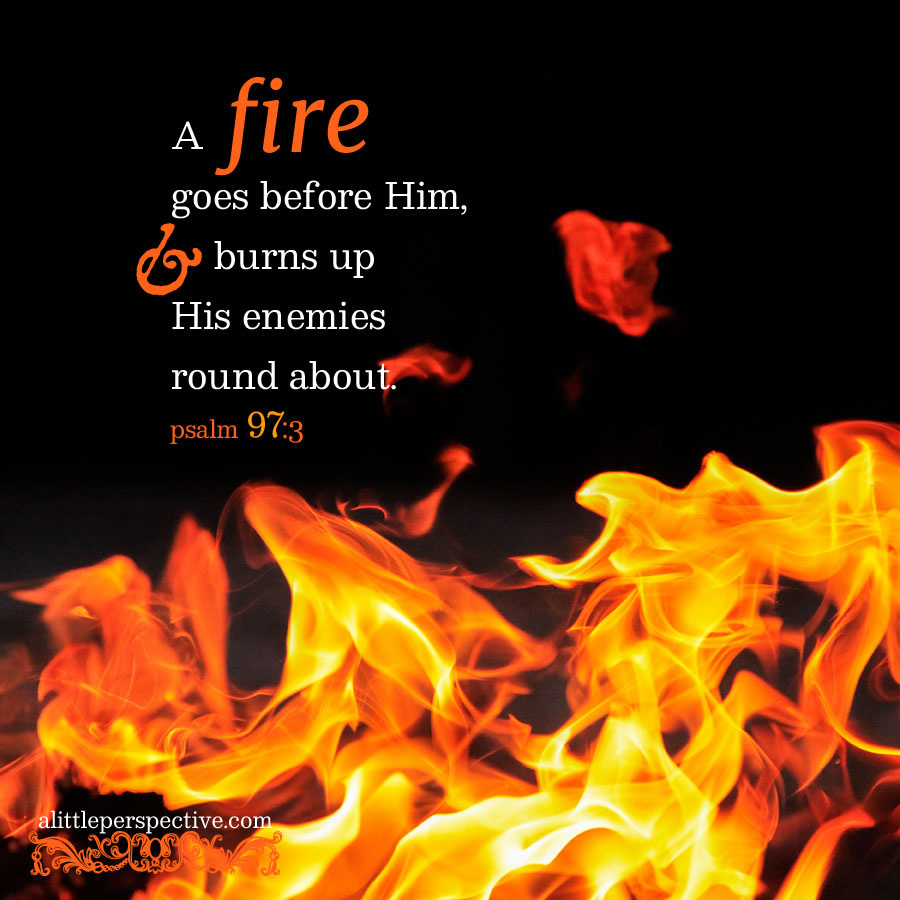 For a fire is kindled in My anger, and shall burn unto the lowest hell, and shall consume the earth with her increase, and set on fire the foundations of the mountains. Deu 32:22

This verb is always translated, “to be on fire,” “to set on fire,” “to burn,” in the Hebrew Bible, although the root parable and related words do not seem to indicate it: veil, which hides the hair or face of a woman; lizard, which is a hidden reptile; secret, which is hidden from common knowledge; and wrap, which encloses something, hiding it from view. It seems to indicate authority (lamed) in the supernatural realm (hey, as that which is revealed with wonder) which surrounding (tet) hides from view.

And the angel of YHVH appeared unto him in a flame of fire out of the midst of a bush: and he looked, and, behold, the bush burned with fire, and the bush was not consumed. Exo 3:2

Who makes His angels spirits; His ministers a flaming fire. Psa 104:4

John answered, saying unto them all, I indeed baptize you with water; but One mightier than I is coming, the laces of whose shoes I am not worthy to unloose: He shall baptize you with the Holy Spirit and with fire. Luk 3:17

In these passages and many others, the fire is associated with spiritual presence or power; and perhaps from the beginning, a natural burning fire illustrated the spiritual truth of a covering supernatural authority.