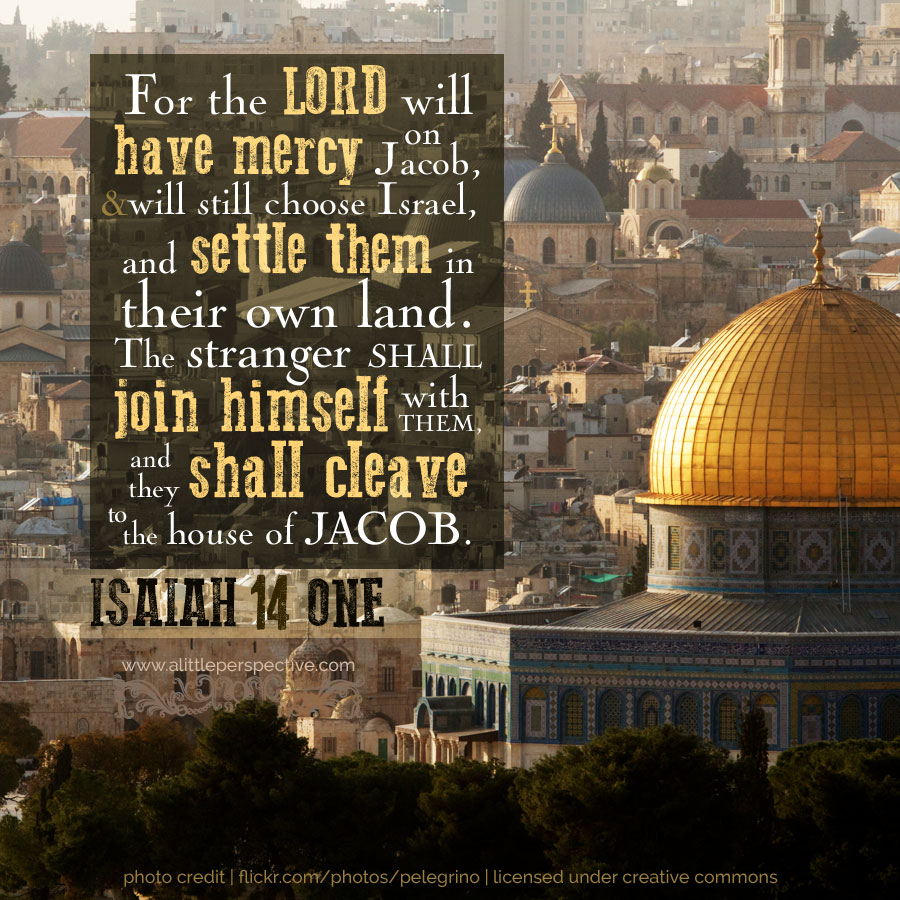 Isa 13:1-5 {s} The burden against Babylon: the LORD musters His army for battle from the nations
Isa 13:6-14:2 {s} Babylon overthrown at the hands of the Medes
Isa 14:3-23 {s} The proverb against the king of Babylon, who exalted himself, but who will be brought low
Isa 14:24-27 {p} The yoke of Assyria removed from the land of YHVH
Isa 14:28-32 {p} Do not rejoice, O Philistia, for destruction is determined against you 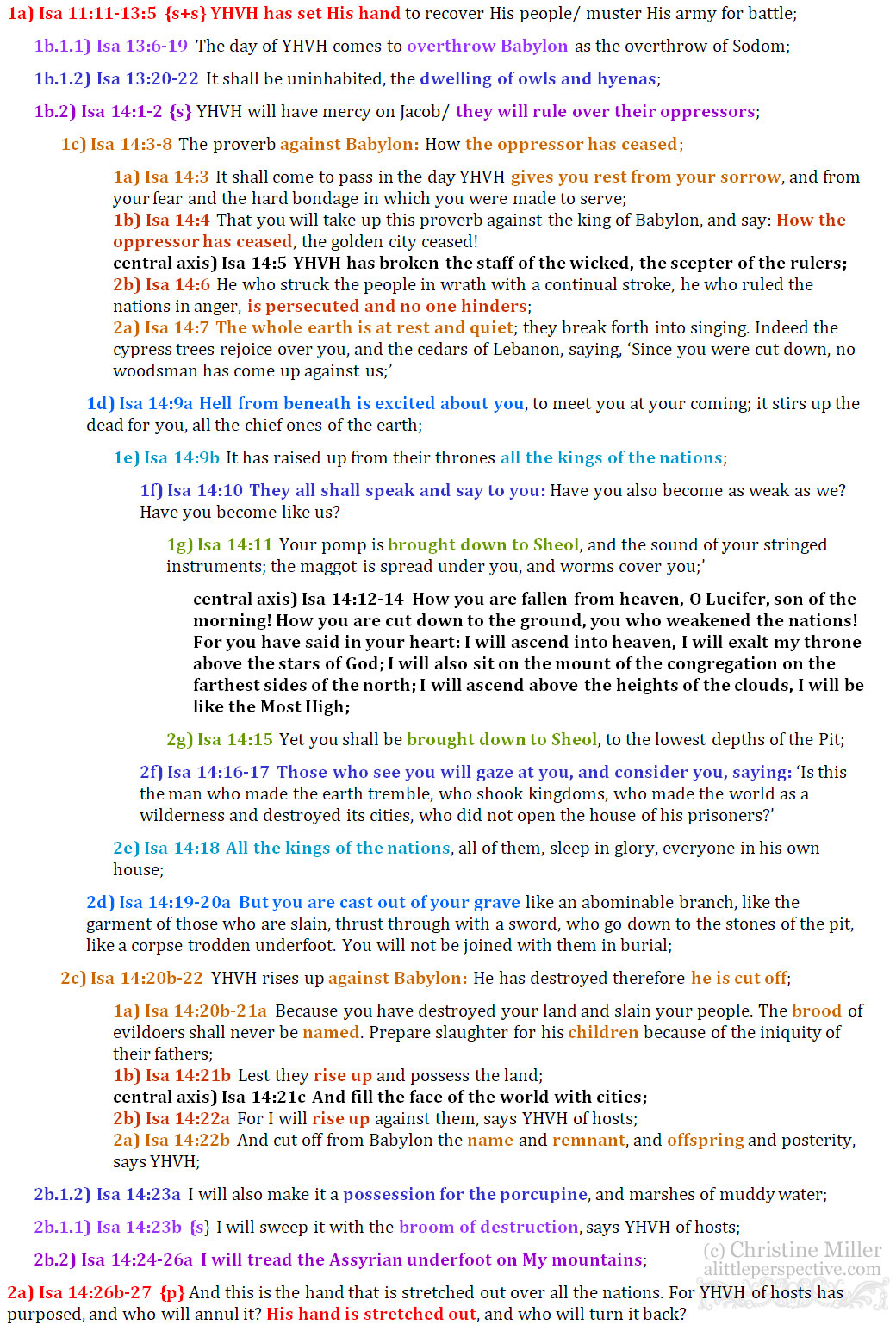 We have another clue in Eze 28:

Moreover the word of the Lord came to me, saying, “Son of man, take up a lamentation for the king of Tyre, and say to him, ‘Thus says the Lord God:

“You were the seal of perfection, full of wisdom and perfect in beauty. You were in Eden, the garden of God; every precious stone was your covering: the sardius, topaz, and diamond, beryl, onyx, and jasper, sapphire, turquoise, and emerald with gold. The workmanship of your timbrels and pipes was prepared for you on the day you were created. You were the anointed cherub who covers; I established you; you were on the holy mountain of God; you walked back and forth in the midst of fiery stones. You were perfect in your ways from the day you were created, till iniquity was found in you. By the abundance of your trading you became filled with violence within, and you sinned; therefore I cast you as a profane thing out of the mountain of God; and I destroyed you, O covering cherub, from the midst of the fiery stones.”’” Eze 28:11-16

Again in Daniel, when ‘one having the likeness of a man,’ yet whose appearance is as burnished bronze, appears to him:

Then he said to me, “Do not fear, Daniel, for from the first day that you set your heart to understand, and to humble yourself before your God, your words were heard; and I have come because of your words. But the prince of the kingdom of Persia withstood me twenty-one days; and behold, Michael, one of the chief princes, came to help me, for I had been left alone there with the kings of Persia.” Dan 10:12-13

Michael is identified as an archangel (Jude 1:9), the great prince who stands watch over the sons of the people of Israel (Dan 12:1), and the leader of the army of angels who fought the dragon, who is the devil and Satan, and his angels, who were cast out of heaven. (Rev 12:7-9).

Scripture is teaching us that there are kings in the spiritual world who correspond to the kings who are in the natural world, over the kingdoms of this world. Natural kings are men, who live and die; the spiritual kings are great princes who are from of old, and who are at war. The archangel Michael is the great prince who stands watch over Israel, and whatever kingdom who is the chief kingdom of the world’s kingdoms opposing Israel in each era, has for its spiritual king Satan, who was created as Lucifer, the covering cherub, but who sinned, and whose name was changed to Satan, the Adversary. It is this great dragon whom Mystery Babylon the Great rides, the embodiment of the kingdoms of this world and their worldview and ideology (Rev 17:3-5, see also Revelation 17).

Soon the King of kings and Lord of lords will come, and the war will end, He being victorious over His enemies, and the whole earth will be at rest and quiet (Isa 14:7)!