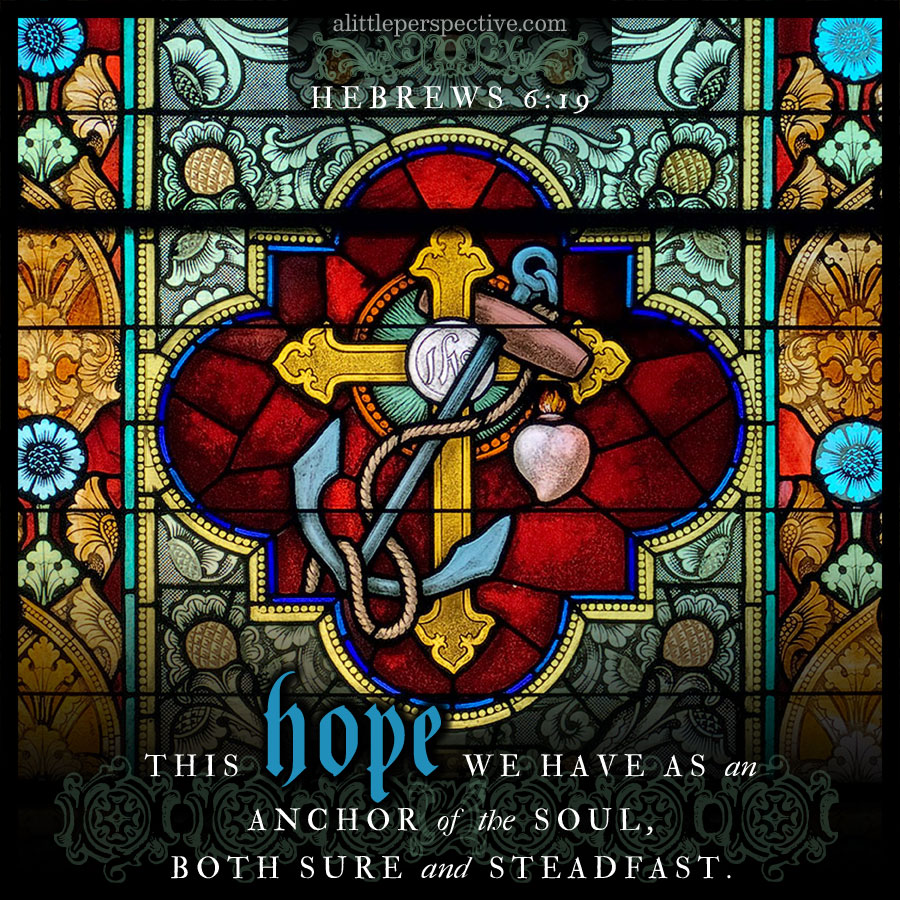 1a) Heb 6:11, We desire that you show the same diligence to the full assurance of hope until the end;

1b) Heb 6:12, That you do not become sluggish, but imitate those who through faith + patience inherit the promises;

central axis) Heb 6:14, Saying, “Surely blessing I will bless you, and multiplying I will multiply you;”

2b) Heb 6:16b-17, God showed to the heirs of promise the immutability of His counsel, by oath;

2a) Heb 6:18-19a, That by two immutable things, in which it is impossible for God to lie, we might have strong consolation, who have fled for refuge to lay hold of the hope set before us/ This hope an anchor of the soul, both sure and steadfast.

Thus God, determining to show more abundantly to the heirs of promise the immutability of His counsel, confirmed it by an oath, that by two immutable things, in which it is impossible for God to lie, we might have strong consolation, who have fled for refuge to lay hold of the hope set before us. Heb 6:17-18

Immutable: unable to be changed; not capable of or susceptible to change. – Webster’s

The first immutable thing, is that every word of God is true. He spoke a promise to Abraham, and that promise was as good as fulfilled, since it is impossible for God to lie. God’s word is immutable, once spoken. It not simply that God won’t change His mind … His promise is not capable of or susceptible to change. He cannot change His mind.

The second immutable thing, is that God further confirmed His promise with an oath, in which He swore by Himself, since there is no one greater than Himself. To us oaths might not carry much weight, simply because people break their oaths all the time. But in time past, oaths were sworn in the name of the gods, or God (“by Jove,” “by Jupiter,” “by God,”). The one making the oath, invoked the name of the god or God he feared, who would require it of him should he break the oath. Therefore oaths taken in the name of a greater were not broken, from fear that the greater would bring retribution on the oath-breaker’s head, to preserve the honor of the name in which it was taken.

Now God, in making such an oath, did not do so for Himself, to keep Himself from breaking the oath. He is never tempted to break His word, and He needed no such encouragement. But He made the oath for our sakes, so that we would know just how sure a thing it is that His promise is as good as fulfilled. There is no breaking it.

Do you have a sure promise from God and His word today? It is as good as done, as it is impossible for it to be changed. Therefore do not fear to take strong consolation in its accomplishment, but rejoice in hope that at the right time you will see the fulfillment of all He has promised!