You are here: Home / Bible Study / bible for beginners / Genesis 42 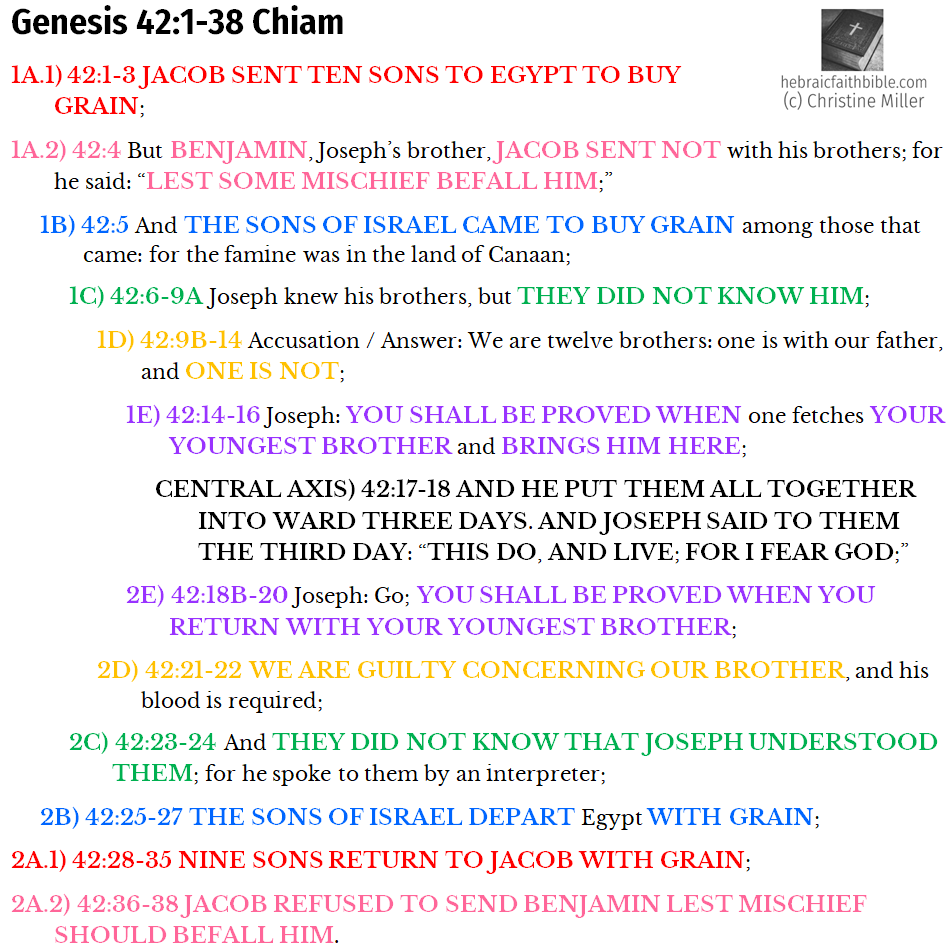 The central axis contains two Signs of Messiah: first, the number three, which is the most common Sign of Messiah teaching tool, and second, the sign of resurrection and life. For slavery and prison are two prophetic types for death in Torah, as they end the life previously known. But on the third day, the brothers were raised up from prison to life, Joseph even saying, “This do, and live” to them on the third day.

As to why Joseph was accusing his brothers of things he knew were false, he himself said he was testing them (more on that coming up):