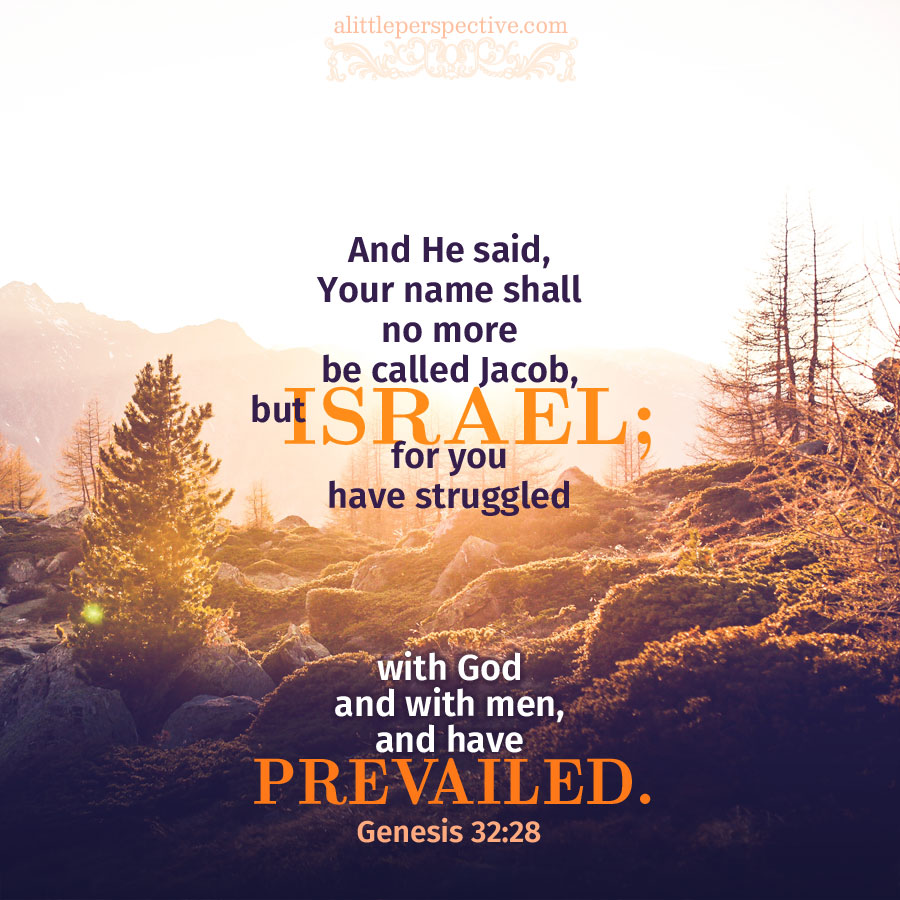 And He said: “Your name shall be called no more Jacob, but Israel; for you have struggled with God and with men, and have prevailed.” Gen 32:28

The ancient Hebrew pictographs are:

However, the Ancient Hebrew Lexicon says that the shin is transposed because of a similar sound; it was originally a sin:

So the story the ancient pictographs are telling, is to capture (sin) a man (resh) to that which you envision (hey); thus to lead, for the leader is the one who conceives of the vision or mission for the group, and is also able to convey his vision so that others agree with him and follow him. This is why the lexicons say that the name “Sarah” means noblewoman, princess; because in ancient days nobility was a merited position given to those who exhibited the gift or ability of leadership, not a hereditary one.

The story the ancient pictographs are telling is of power, ability (aleph) coupled with (vav) authority (lamed). The lexicons say the noun’s connection to the verb is from the ram’s twisted and curled horns, which are his adornment of power and glory.

The Angel told Jacob his name would be Israel because he had wrestled with God and with men, and had prevailed. The unused root, uwl, to twist, is where the idea of wrestling comes from. Rachel named Bilhah’s son Naphtali, for, she said, “With great wrestlings I have wrestled with my sister, and have prevailed;” the same concept nearly word for word. But the name “Naphtali” comes from the common use root meaning to twist, to wrestle (Strong’s H6617, pathal), and not the unused root as Israel does.

So then Israel has a double meaning, as so many words and phrases in Hebrew do. Straightforwardly, sarah + El = prince of God, and also, upright of God, when sarah is taken in its meaning to set in order (as it is the prince who sets his men in order to lead them into battle), i.e., to order aright. But also, sarah = prevail + uwl = wrestle; he who wrestles and prevails.