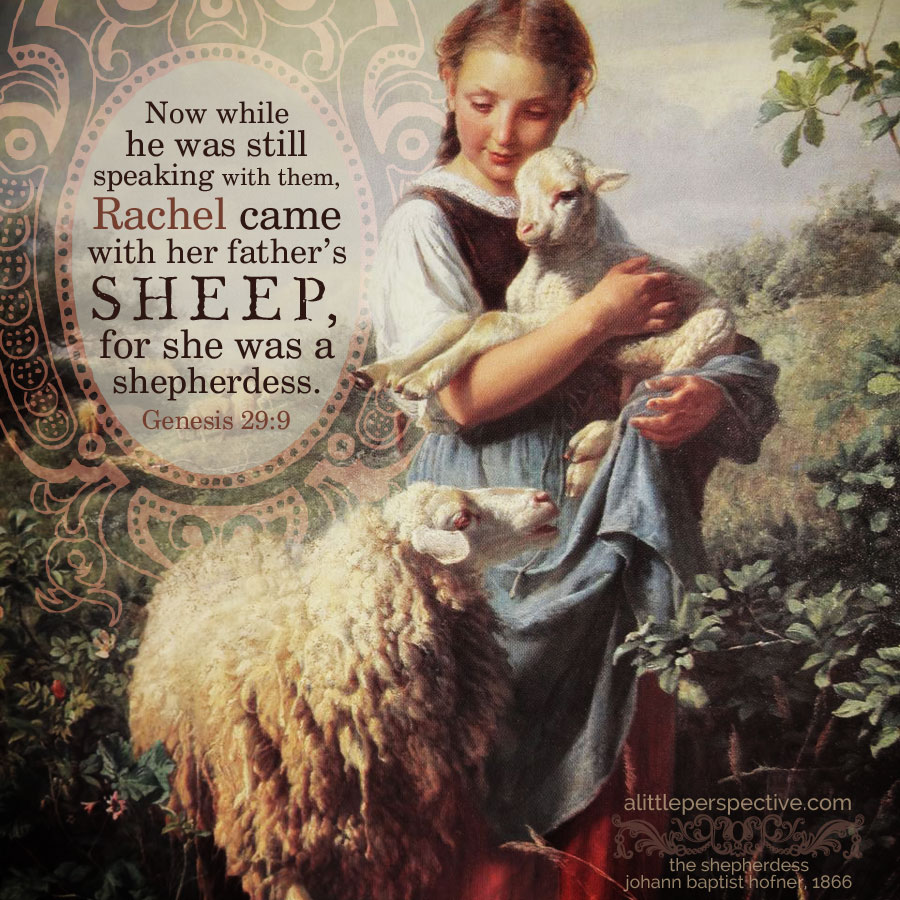 1d) Gen 29:7a Then he said, “Look, it is still high day; it is not time for the cattle to be gathered together. Water the sheep;

2d) Gen 29:8 But they said, “We cannot until all the flocks are gathered together, and they have rolled the stone from the well’s mouth; then we water the sheep;”

2c) Gen 29:9 Now while he was still speaking with them, Rachel came with her father’s sheep, for she was a shepherdess;

Isn’t it interesting that the central axis of the entire chapter is a brief phrase about feeding the sheep. “To feed” is Strong’s H7462, ra’ah, a primitive root, “to feed, to pasture, to tend.” The ancient pictographs are the resh + ayin + hey: