You are here: Home / Bible Study / bible for beginners / Genesis 13 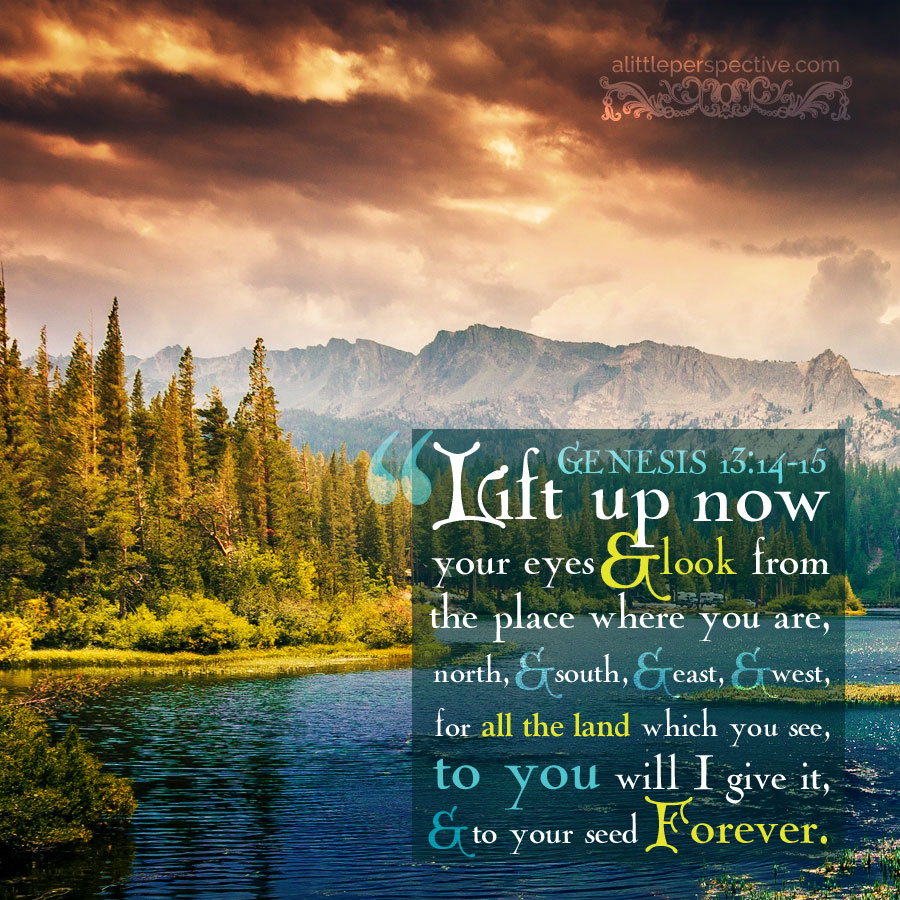 We will use the teaching tool of the Chiastic Structure to find the topic of this paragraph.

The central axis of the structure emphasizes how greatly YHVH had prospered Abram, for He had promised to bless him. But look at the A pair:

2A) 13:3b-18 Because of their great substance, THE PROMISED LAND COULD NOT SUSTAIN both ABRAM and Lot. {p}

In both of these tests, Abram yields his right. In the first test, he is Sarai’s husband, but she is taken into Pharaoh’s house. How can the promise of descendants be fulfilled, when his beautiful wife is gone into an Egyptian harem? If I was in Sarai’s place, I would not want to be separated from my husband! I would want him to protect me. But we do not know the culture Abram was facing, or the danger. God intervened on Abram’s behalf and his wife was restored to him.

In the second test, he was the elder to whom the promise of the land was made, and who had the right of authority over Lot, as the elder of the family; but he yielded his right and allowed Lot first choice.

And YHVH said to Abram, after Lot was separated from him, ‘Lift up now your eyes, and look from the place where you are, northward, and southward, and eastward, and westward; for all the land which you see, to you will I give it, and to your seed forever. And I will make your seed as the dust of the earth, so that if a man can number the dust of the earth, then shall your seed also be numbered. Arise, walk through the land in the length of it and in the breadth of it; for to you will I give it.’ Gen 13:14-17

I propose the topic of the paragraph to be:

God added to the original promise this second time. Can you see what was added? Hint: use the teaching tool of Comparison and Contrast, comparing Gen 12:1-3 to Gen 13:14-17.

Egypt and the Bible – Associates for Biblical Research

Caveat: I disagree with them on their identity of the Pharaoh of the Exodus, since the Bible identifies him; stay tuned for more on that when we get there.