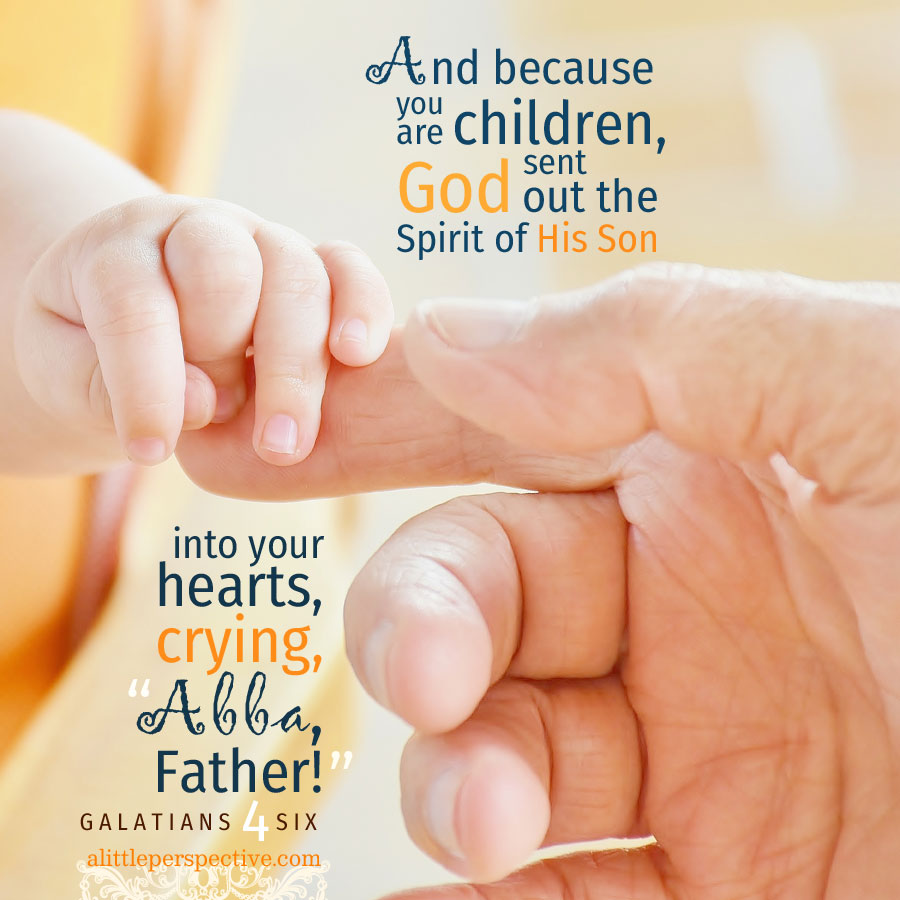 Paul is continuing his analogy from the previous chapter, comparing the Law to a child’s tutor. The Law was Israel’s guardian and steward, until the time appointed by the Father, when Jesus came.

Our redemption that Jesus accomplished for us, is that because we had transgressed the Law, we were under a sentence of death. Christ redeemed us from death. The blood of the Lamb has been brushed over the doorposts of our heart, and the angel of death has passed us over. Now that we have been redeemed, God has adopted us as sons, and as proof that He has adopted us, He has given us the Holy Spirit. This fulfills the prophecy we have been quoting from Ezekiel:

“I will give you a new heart and put a new spirit within you; I will take the heart of stone out of your flesh and give you a heart of flesh. I will put My Spirit within you and cause you to walk in My statutes, and you will keep My judgments and do them.” Eze 36:26-27

Our obedience, now that we are heirs come fully into the inheritance, comes from the Spirit within our hearts. We want to obey, we are no longer compelled to obey by guardians (the Law written on tablets of stone) as if we were children.

On the surface, verse 10 seems to be a scathing indictment against observing Sabbath or any holy day (some semi- Christian sects such as Jehovah’s Witness observe no holidays at all based on misunderstanding verses like this one). But remember our guiding principle of Scripture interpretation: if it contradicts clear Scripture elsewhere, then we know we do not have the correct interpretation. Because we know what the rest of the Scripture says, we know that Paul is not saying, that because you observe the Sabbath day, you are in bondage to weak and beggarly elements of the world. He observed the Sabbath himself!

The reference in my Bible refers me to Col 2:20-23 as a Scripture on the same topic as this one.

Therefore, if you died with Christ from the basic principles of the world, why, as though living in the world, do you subject yourselves to regulations– Do not touch, do not taste, do not handle, which all concern things which perish with the using– according to the commandments and doctrines of men? These things indeed have an appearance of wisdom in self- imposed religion, false humility, and neglect of the body, but are of no value against the indulgence of the flesh. Col 2:20-23

But Paul says they are doing it so that the Gentiles might be excluded. In other words, the circumcision party was wanting to be exalted as Jews and God’s Chosen People, something the Gentiles could never attain to, something the Gentiles would always be excluded from being. We have seen before how this branch of Judaism was at loggerheads with Jesus, and at loggerheads with Paul and the apostles. They were also at loggerheads with the Torah, because the Torah says in multiple places, that any Gentile who attaches himself to Israel’s God is to be treated as one who is native born (Exo 12:49, Num 15:29-30, Eze 47:22). He is to be fully included, not excluded.

So all of that is to say, that what Paul was in distress, that his labor had been in vain, was that the Galatians were returning to a religion of man (talmudic judaism) which depended on the works of self- righteousness and obedience to commandments to be saved, rather than the work of Jesus Christ on the cross.

Paul is reiterating the point he has already made: that what is in opposition to each other is not obedience vs. faith, but the flesh vs. the Spirit, or the promise. When he says that Mount Sinai gives birth to bondage, I am convinced that he means as he has meant elsewhere in Galatians: that to try to obey the Law out of the flesh, without the indwelling of the Holy Spirit, is a heavy burden and bondage. He is not telling those with the Spirit to cease obeying, but to cease trying to gain righteousness or justification under the Law instead of under grace, under the blood of Jesus.

The Torah portion that Paul quotes here is prophetic (all the Torah is history which prophesies of Messiah and the gospel of grace!): the son of the bondwoman shall not be heir with the son of the freewoman. No one who tries to establish their own righteousness based on their works of obedience to the Law shall inherit the promise of Abraham. But only those who receive righteousness by the promise, shall be heirs.

And we who believe in Jesus Christ are not children of the bondwoman but of the freewoman, if in fact we have placed our faith in Him for righteousness, and not in our obedience. ? But because we place our faith in Him, we do not throw obedience out of the window! We become a member of the household of faith, by faith, under the blood of the Lord Jesus Christ, but as good children, now that we are members, we obey the rules of the house, which are not burdensome for us if we love our Father! Historical Christianity equally emphasized the same thing that Paul emphasizes: that two verbs sum up our faith: trust and obey! It is only modern Christianity which has thrown out the obey part and made Christianity about trust alone, which is a perversion of Scripture!