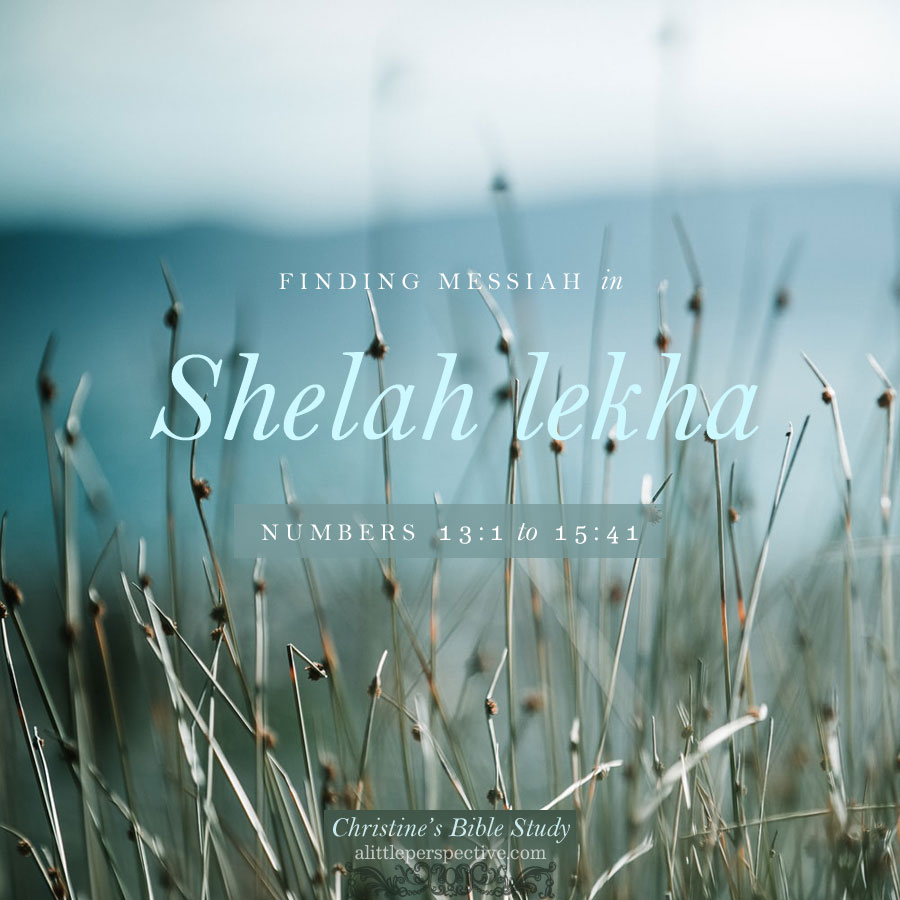 These are the names of the men which Moses sent to spy out the land. And Moses called Oshea the son of Nun Jehoshua. Num 13:16

There is no “j” in Hebrew. Jehoshua or Joshua, is in Hebrew, Yehoshua or Yeshua. The name means, salvation, or, Yehovah is my salvation. Yes, this is the same name that Joseph was told to name Mary’s son when He was born. Joshua has been emerging as a type of Messiah, in the same vein as Joseph the son of Jacob— the second in command, always faithful to YHVH regardless of the situation.

For some, when they had heard, rebelled; however not all that came out of Egypt by Moses. But with whom was He grieved forty years? Was it not with them that had sinned, whose bodies fell in the wilderness? And to whom did He swear that they should not enter into His rest, but to those who believed not? So we see that they could not enter in because of unbelief. Heb 3:16-19

But ultimately, they did not enter in because of unbelief. They rebelled because they did not believe that what God had told them—you will prevail over giants—was true. This is the Gospel of grace! We too can only enter in to our promised inheritance of salvation and eternal life, when we believe God and place our trust in Him.

And YHVH said unto Moses, “How long will this people reject Me? And how long will it be before they believe Me, with all the signs which I have shown among them?” Num 14:11

This event was repeated when His people rejected Yeshua, and did not believe Him, even with all the signs which He had performed among them. But when He was risen, His people began to embrace Him en masse.

Israel rebelled against going in. Then they received the devastating news that they were not going to enter the Promised Land after all, but were going to spend the remainder of their years wandering in the wilderness eating manna, until every last one of them had died, except for Joshua and Caleb. Unbelief leads to death, but belief leads to life—YHVH makes a distinction between the unbelievers and the believers.

Now notice how good YHVH is to them in the middle of that devastation:

And YHVH spoke unto Moses, saying, “Speak unto the children of Israel, and say unto them, ‘When you have come into the land you are to inhabit, which I am giving unto you …’” Num 15:1-2

In other words, “Yes, you really messed up big this time, but I am not going back on My word, and you are still going to inherit the land, even if it will be through your children!”

“And now, I pray, let the power of my Lord be great, according to all that You have spoken, saying, ‘YHVH is longsuffering, and of great mercy, forgiving Law-lessness and transgression, and by no means clearing the guilty, visiting the iniquity of the fathers upon the children unto the third and fourth generation.’ Pardon, I pray, the iniquity of this people according to the greatness of Your mercy, just as You have forgiven this people, from Egypt even until now.” Moses, Num 14:17-19

Moses, who Torah portrays as a Messiah type, many times intercedes on rebellious Israel’s behalf.

Therefore He is able also to save to the uttermost those who come unto God through Him, seeing that He ever lives to make intercession for them. Heb 7:25

Bread and wine are to accompany the sacrificial lamb.

And He took bread, and gave thanks, and broke it, and gave it unto them, saying, “This is My body which is given for you; do this in remembrance of Me.” Likewise also He also took the cup after supper, saying, “This cup is the new testament in My blood, which is shed for you.” Luk 22:19-20

The bread and wine is our reminder of the sacrifice made of the Lamb of God on our behalf.

But there is a second testimony of Messiah. Recall the man who was stoned for gathering sticks on the Sabbath day. This incident is bracketed by two interesting paragraphs in the Hebrew paragraph divisions.

“But the soul who does anything presumptuously, whether he is native-born, or a stranger, that one reproaches YHVH, and that soul shall be cut off from among his people. Because he has despised the word of YHVH, and has broken His commandment, that soul shall be utterly cut off; his iniquity shall be upon him.” Num 15:30-31

And YHVH spoke unto Moses, saying, “Speak unto the children of Israel, and bid them that they make tassals for themselves in the borders of their garments throughout their generations, and that they put upon the tassal of the borders a thread of blue; and it shall be unto you for a tassal, that you may look upon it, and remember all the commandments of YHVH, and do them; and that you follow not after your past harlotry, after your own heart and your own eyes; that you may remember, and do all My commandments, and be holy unto your God. I am YHVH your God, who brought you out of the land of Egypt, to be your God. I am YHVH your God.” Num 15:37-41

Scripture is showing us that the man did not go out and break the Sabbath as a mistake; but he set his heart intentionally and deliberately to break the Sabbath by gathering sticks on it. He might have decided that since he wasn’t going to enter the Promised Land, but die in the wilderness, then what good was serving God? Consider that the first section of Ten Commandments, wherein is the Sabbath commandment, was given to teach us how to love God, and the last section of Ten Commandments was given to teach us how to love our neighbor. Deliberately breaking the Sabbath commandment was his easiest way to communicate, “I hate You, God.”

These things happened as an example to instruct us.

Now all these things happened unto them for examples, and they are written for our admonition, upon whom the ends of the world have come. Therefore let him who thinks he stands take heed lest he fall. 1 Cor 10:11-12

“Not every one who says unto Me, ‘Lord, Lord,’ shall enter into the kingdom of heaven; but he who does the will of My Father who is in heaven. Many will say to Me in that day, “Lord, Lord, have we not prophesied in Your name, and have, in Your name, cast out demons, and in Your name done many wonderful works?’ And then will I confess unto them, “I never knew you: depart from Me, you who practice Law-lessness.” Mat 7:21-23

In fact, the Gospel of grace is being preached from Torah. Not only is Sabbath rest a prophetic type of salvation by grace through faith and not of works—for if we reject rest, that is, grace, in favor of our work, then we have rejected salvation for condemnation—but also, we just saw, that rejecting YHVH’s Word, or Law, is the same as rejecting Him, and comes from a heart of unbelief. Only those who believe in Messiah Yeshua will be saved.

NUMBERS 13:1-15:41 ANNUAL SHELAH LEKHA “SEND FOR YOURSELF” OUTLINE | NUMBERS in CHIASTIC STRUCTURE
FINDING MESSIAH in TORAH: A MESSIANIC DISCOVERY THROUGH the TORAH PORTIONS
THE LAW of LOVE: THE GOSPEL of GRACE REVEALED in the COMMANDMENTS OF GOD