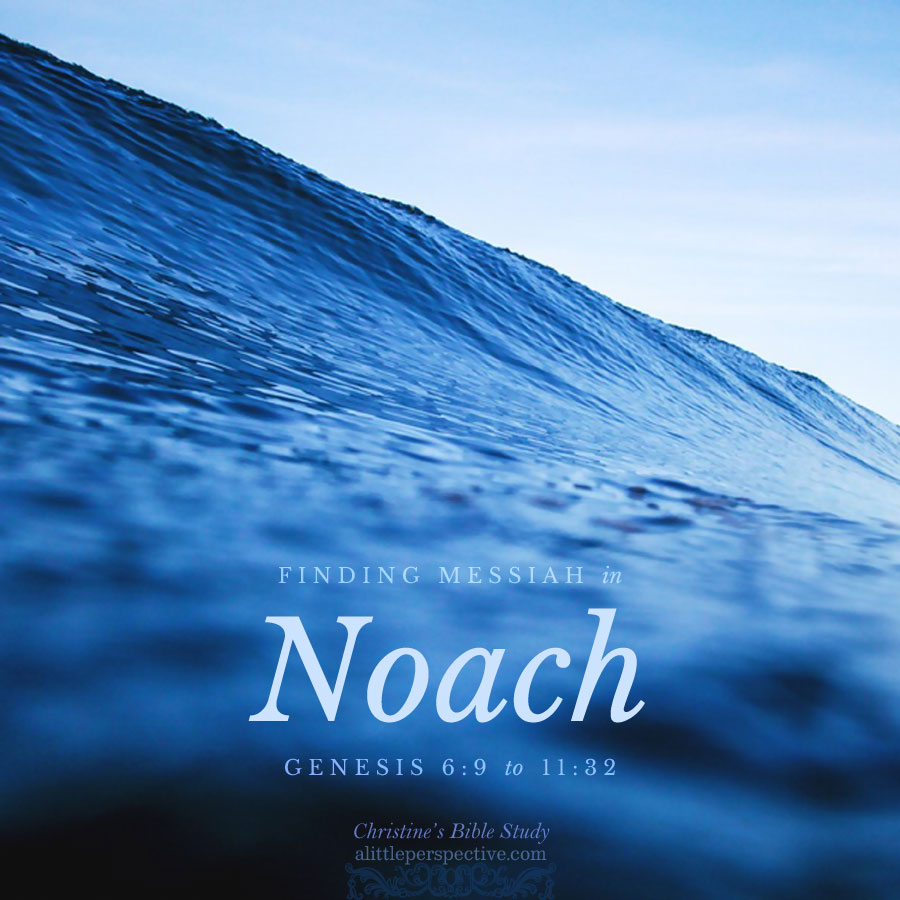 When we see in Scripture a situation of certain death, in which a miraculous deliverance delivers from death, we are seeing a prophetic type of resurrection life. The sign of resurrection is a sign of Messiah, for He is the resurrection and the life.

Yeshua said unto her, “I AM the Resurrection, and the Life; he who believes in Me, though he were dead, yet shall he live.” Joh 11:25

Noah was delivered from the certain death of the Flood by the ark, and the righteous were preserved through the judgment of the wicked. In fact, every nature and science museum in the world is declaring its witness with a loud voice to all mankind, that God judges sin, but in Messiah we will find resurrection and life. For they are filled with the fossils of all manner of animal and plant life, which were laid down with great amounts of sediment by water, and they have been found on every continent, including on mountain tops.

Fifteen cubits upward did the waters prevail; and the mountains were covered. Gen 7:20

These fossils declare that what was once living came to its death violently and catastrophically by a worldwide flood which covered the tops of the mountains. But since humans exist to view them in science museums, they testify that at least one family was preserved alive through judgment.

Messiah Yeshua is the ark, and He is the open door of the ark.

If we enter through Him while there is time, we will be saved, but if we enter not, we will likewise perish. For judgment for sin will come, and even though God delay, as we saw with the long lifespan of Methuselah, He will not tarry forever.

Here is the first mention in Torah, repeated in Leviticus, that the life of the flesh is in the blood (Lev 17:11). It is for this reason that the lifeblood of Messiah was shed, so that all who believe in Him may have eternal life.

Hebrew is a concrete language. Its letters began as pictographs, symbols for concrete objects which anyone can look out of their window and see and experience and understand, even five-year-olds. Its letters stand in for things like houses, families, water, sons, baskets, heads, oxen, seeds. Almost all Hebrew words come from three-letter verbal roots that contain their essential meaning. Three letters to provide a single essential meaning: even the nature of the Hebrew language reveals theological truths. The three-letter roots tell a parable through its ancient pictographs which define that word.

Back to Canaan. In the ancient Hebrew pictographs, the kaph is the open palm, the hand used to bless others rather than to work or fight. The nun is the seed, so also, son, generation, continuation. The ayin is the eye, so also, to watch, look, see, know, or understand.

The kaph + nun combination paints the picture of the opening (kaph) of the seed (nun), that is, the going down of the root of the plant to provide a firm foundation for it above the ground. When we add the ayin, the eye, on to that picture, we get the going down (kaph + nun) of the eye (ayin); i.e. to bow the head, to humble oneself, to be humbled, or to be brought into subjection. The name “Canaan” actually means “lowland.” So what does this have to do with Messiah? Remember that Noah said of Canaan,

And he said, “Cursed be Canaan; a servant of servants shall he be unto his brethren.” Gen 9:25

Of Yeshua the Word says,

“Take My yoke upon you, and learn of Me; for I AM meek and lowly in heart, and you shall find rest unto your souls.” Mat 11:29

Let this mind be in you, which was also in Messiah Yeshua; who, being in the form of God, thought it not robbery to be equal with God, but made Himself of no reputation, and took upon Him the form of a servant, and was made in the likeness of men. And being found in fashion as a man, He humbled Himself, and became obedient unto death, even the death of the cross. Phi 2:5-8

Messiah has redeemed us from the curse of the Law, being made a curse for us: for it is written, ‘Cursed is every one that hangs on a tree.’ Gal 3:13

The curse on Canaan is a prophecy of the means by which Messiah would redeem mankind. He brought Himself down, He humbled Himself and made Himself the Servant of servants to His brethren. In so doing, He became a curse for us, when the sin of the world was laid upon Him, and brought about His death.

The next time Canaan plays a prominent role in the Old Testament, we find that the sin of the Canaanites has grown so great, that God executes judgment on them by causing their death as a nation. This is another prophecy in the same manner. The wages of sin is death, but the one who died, is the Servant of servants to the brethren, “canaan,” the One who caused His eye to go down.

Man built a tower whose top was to be in the heavens. They did not like God’s commandment to spread out from each other and fill the earth.

And God blessed Noah and his sons, and said unto them, “Be fruitful, and multiply, and replenish the earth.” Gen 9:1

But, wanting to bypass it, they tried to establish their own way to go up to God. Instead, YHVH God came down to them.

And YHVH came down to see the city and the tower, which the children of men had built. Gen 11:5

We cannot go up to Him, so He comes down to us. Isn’t He wonderful? All His judgments are just!

GENESIS 6:9-11:32 ANNUAL NOACH “NOACH” OUTLINE | GENESIS INDEX OF STUDIES
FINDING MESSIAH IN TORAH: A MESSIANIC DISCOVERY THROUGH THE TORAH PORTIONS
THE LAW OF LOVE: THE GOSPEL OF GRACE REVEALED IN THE COMMANDMENTS OF GOD