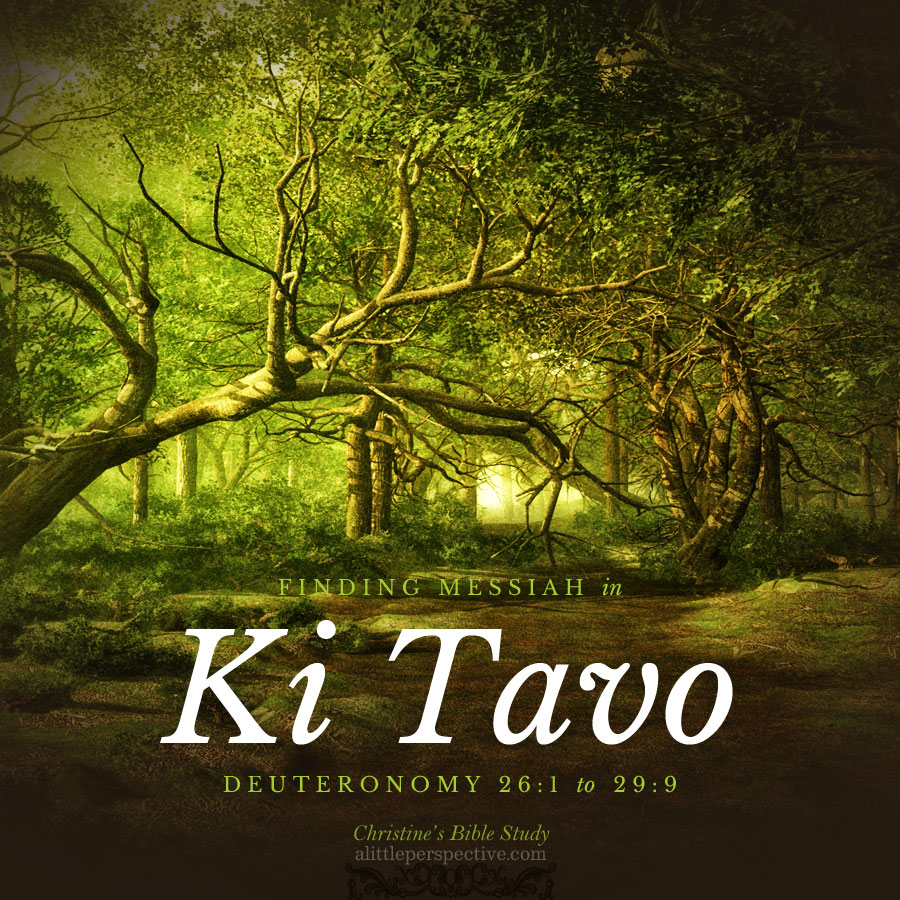 When you have made an end of tithing all the tithes of your increase in the third year, which is the year of tithing, and have given it unto the Levite, the stranger, the fatherless, and the widow, that they may eat within your gates, and be filled … Deu 26:12

The tithe of the third year prophesies of Messiah Yeshua, as the number three is our clue, but how? The tithe of the third year is set aside so that the Levite, the stranger, the fatherless, and the widow may be provided for. It is not substance that they have earned by their work, for they do not own their own land in Israel. But it is a gift of God, just as is our salvation in Messiah Yeshua.

For by grace you are saved through faith; and that not of yourselves; it is the gift of God, not of works, lest any man should boast. Eph 2:8-9

But this is not the only prophecy of Messiah Yeshua in this section.

Cursed is he who does not confirm all the words of this Law to do them. Deu 27:26a

For as many as are of the works of the Law are under the curse, for it is written, ‘Cursed is every one that continues not in all things which are written in the book of the Law to do them.’ … Messiah has redeemed us from the curse of the Law, being made a curse for us … Gal 3:10, 13a

Galatians teaches that those who are of the works of the Law, are those who are trying to achieve salvation or justification by obedience to the Law rather than by faith in the Lord Yeshua. If we are in Him, the list of our transgressions of the Law has been nailed to the cross.

And you, being dead in your sins and the uncircumcision of your flesh, He has made alive together with Him, having forgiven you all trespasses; blotting out the certificate of debt that was against us, which was contrary to us, and took it out of the way, nailing it to His cross. Col 2:14

And by this we know that we know Him, if we keep His commandments. 1 Joh 2:3

And if we are truly in Him, as John teaches, we will not use our forgiveness as an excuse to ignore His commandments, but because we love and know Him, we will also obey Him.

The land which Israel is entering, is the land promised to Abraham and his seed forever, Abraham being the father of all who believe—in God, and who believe God, that He is telling the truth, that His words are true words. As such the Promised Land is a prophetic type of our own inheritance in Messiah, that is, eternal life in Him. That is our promise.

Deu 28, the famous chapter of blessings and curses, doesn’t seem to have anything to do with Messiah. But let’s look again at the chiastic structure of the strong theme, from Deu 28:15-29:1. 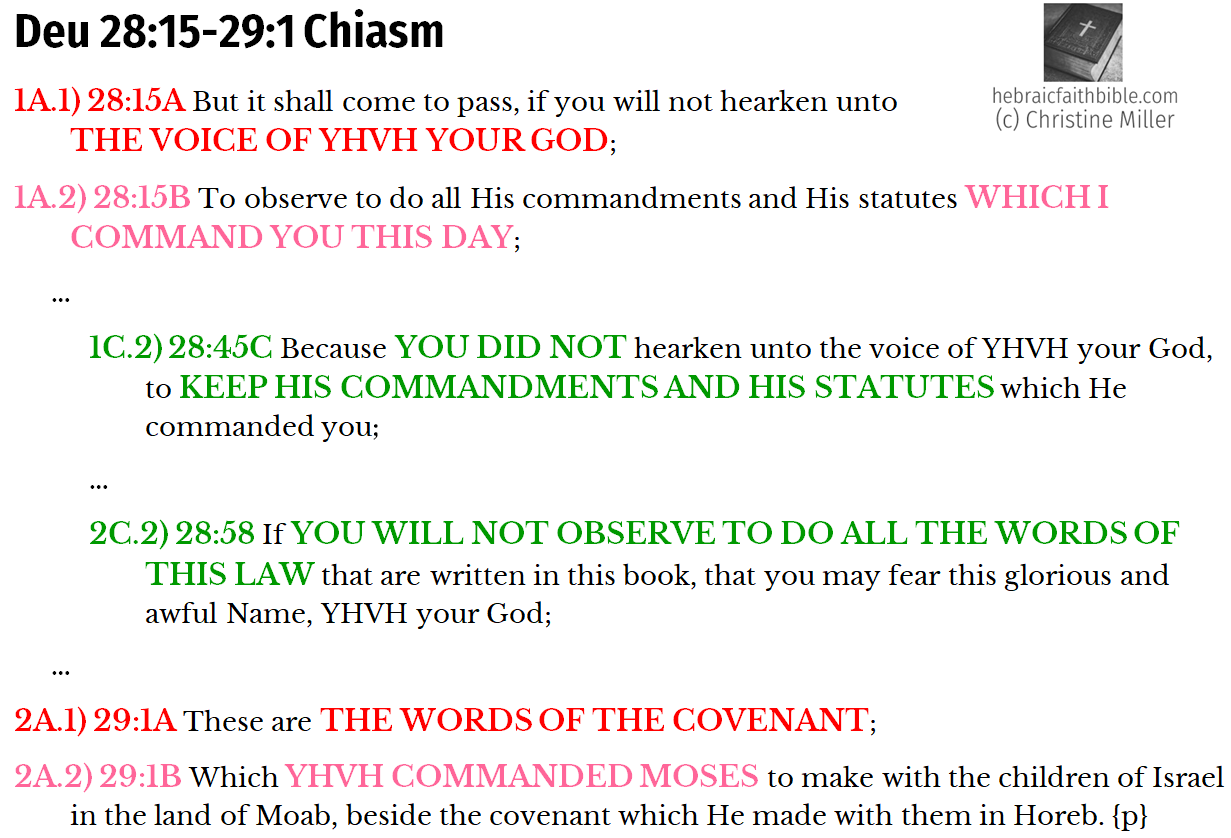 The repeated theme of the structure is that the word which YHVH voiced, which Israel heard audibly, that is, the Ten Commandments of Mt. Sinai, and the explanation of those commandments in the plains of Moab on the other side of the Jordan opposite Jericho, are the words of the covenant.

And YHVH spoke unto you out of the midst of the fire; you heard the voice of the words, but saw no form; you only heard a voice. And He declared unto you His covenant, which He commanded you to perform, even Ten Commandments; and He wrote them upon two tables of stone. Deu 4:12-13

The covenant is the commandments, and they cannot be divorced from one another. So, to accept YHVH’s covenant, to accept His word and observe it, brings blessing and life, but to reject YHVH’s covenant, to not accept His word and to not observe it, brings cursing and death. Isn’t YHVH’s word, Yeshua Messiah (Joh 1:1, 14)? To accept Him is life, to reject Him is death.

DEUTERONOMY 26:1-29:9 ANNUAL KI TAVO “WHEN YOU ENTER” OUTLINE | DEUTERONOMY in CHIASTIC STRUCTURE
FINDING MESSIAH in TORAH: A MESSIANIC DISCOVERY THROUGH the TORAH PORTIONS
THE LAW of LOVE: THE GOSPEL of GRACE REVEALED in the COMMANDMENTS OF GOD