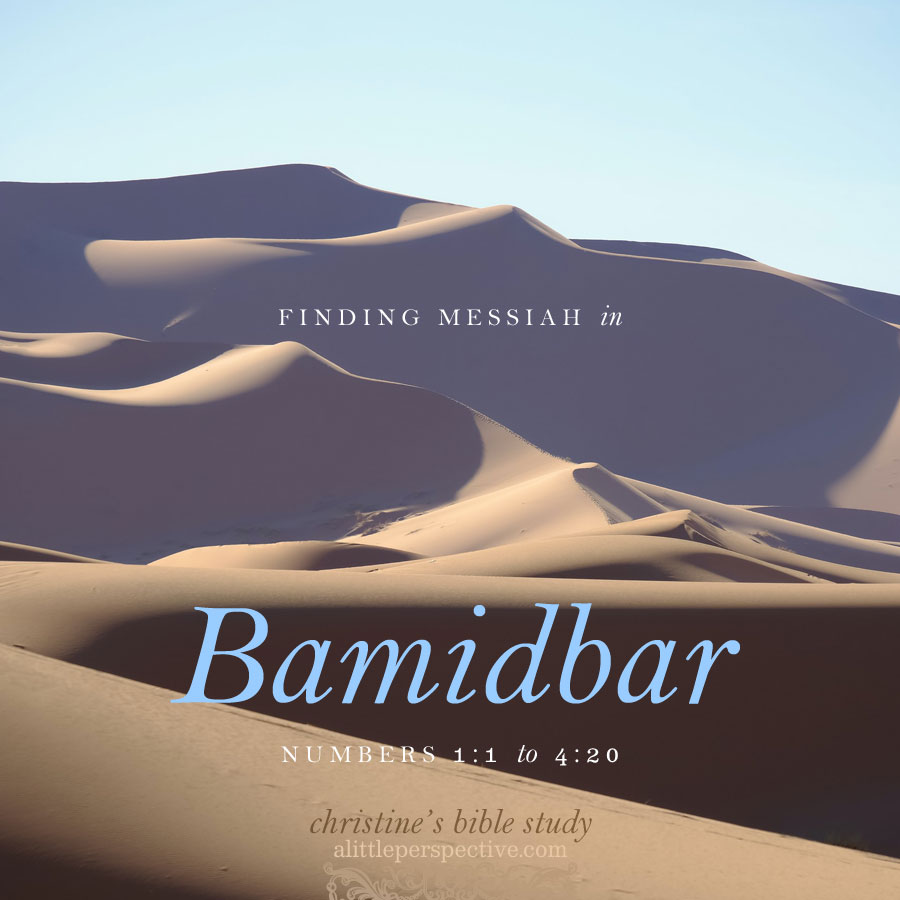 The parable being told is of what one has seen or witnessed (ayin), which he has verified (vav, by securing the veracity of the claim with an oath) at the patriarch’s door (dalet, or at the city gate, the door to the city). All judgments and binding contractual business in the patriarchal era was conducted either at the door of the tribal authority, who was the patriarch of the tribe, where he sat in the shade of his tent door to decide family matters, or at the gate of the city, where the elders congregated.

And YHVH appeared unto him [Abraham] in the plains of Mamre, and he sat in the tent door in the heat of the day; and he lifted up his eyes and looked, and, lo, three men stood by him. And when he saw them, he ran to meet them from the tent door, and bowed himself toward the ground. Gen 18:1-2

And Abraham stood up, and bowed himself to the people of the land, even to the children of Heth. And he talked with them, saying, “If it be your mind that I should bury my dead out of my sight; hear me, and entreat for me to Ephron the son of Zohar, that he may give me the cave of Machpelah, which he has, which is in the end of his field; for as much money as it is worth he shall give it to me for a possession of a burying place among you.” And Ephron dwelt among the children of Heth, and Ephron the Hittite answered Abraham in the hearing of the children of Heth, even of all that went in at the gate of his city … Gen 23:7-10

In those days, while Mordecai sat in the king’s gate, two of the king’s chamberlains, Bigthan and Teresh, of those which kept the door, were angered, and sought to lay hands on king Ahasuerus. Est 2:21

Torah is pointing out, by its sign of three which testifies of Messiah, that the tabernacle itself is bearing a securely verified witness of Messiah. And what is its witness? It is the witness of the encampment … keep reading.

Then the tabernacle of meeting shall set forth with the camp of the Levites in the midst of the camp; as they encamp, so shall they set forth, every man in his place by their standards. Num 2:17

Now why would God decree this uneven, not equal, division of the camps, and of the people? If we were to take an aerial picture of the encampment, we would find the cross. And who is in the center of the cross, that is, on the cross? God, in Messiah Yeshua. 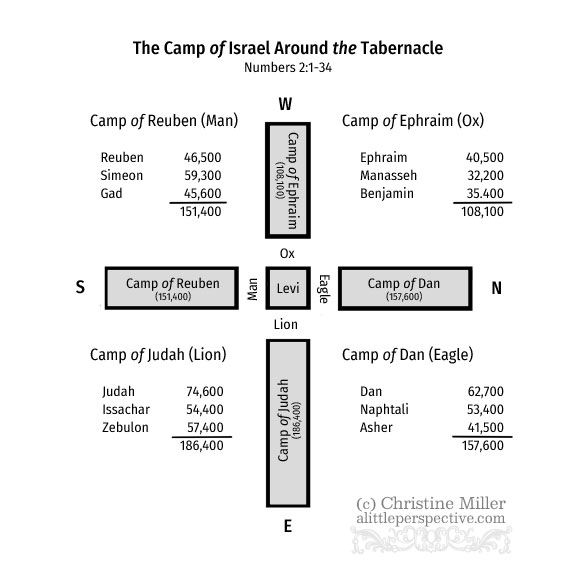 When the camp prepared to move, Aaron and his sons covered the ark of the covenant with the veil that separated the Most Holy Place. Then they covered it with skins, then a blue cloth. When they set its poles through its rings, it was ready to move.

We have seen the blue, purple, and scarlet colors mentioned before. The curtains and veil of the tabernacle were made very specifically in these colors. Blue represents heaven, also God by extension. The heavens are blue, to an observer on earth. When Moses and the elders of Israel saw YHVH, under His feet was a paved work of sapphire stone.

And they saw the God of Israel; and there was under His feet, as it were, a paved work of a sapphire stone, and as the body of heaven in its clearness. Exo 24:10

Jewish tradition says that when the pillar of fire led them through the wilderness by night, the color of the fire was blue. Blue is a distinct primary color, not a mixture.

Scarlet represents man, as adam, the Hebrew word for man, literally means, ruddy, or blood in the face. Red is a distinct primary color, not a mixture. When blue and red come together, a new color is born, which is 100% blue and 100% red: purple. When God and man come together into one person, Messiah is born. The purple cloth covers the altar of sacrifice, because Messiah was born on this earth to offer Himself up once for all, the Lamb which God had provided for Himself.

He does not daily need, as those high priests, to offer up sacrifice, first for His own sins, and then for the people’s, for this He did once, when He offered up Himself. Heb 7:27

The sons of Kohath were given the charge of carrying these things. But they had to take care that they did not even watch Aaron and his sons covering them and getting them ready to move, lest they die, let alone touch them themselves. God is emphasizing His absolute separateness from man, from even the Levites, lest they die. Because of these commands in Torah, His separateness was absolutely seared upon the consciousness of Israel.

Yeshua, when He had cried out again with a loud voice, yielded up His spirit. And, behold, the veil of the temple was rent in two from the top to the bottom; and the earth quaked, and the rocks were split … Mat 27:50-51

So you can imagine what the veil being torn by supernatural means at the death of Yeshua said to Israel. It would be a paradigm shift of tectonic proportions.

NUMBERS 1:1-4:20 ANNUAL BAMIDBAR “IN THE DESERT” OUTLINE | NUMBERS in CHIASTIC STRUCTURE
FINDING MESSIAH in TORAH: A MESSIANIC DISCOVERY THROUGH the TORAH PORTIONS
THE LAW of LOVE: THE GOSPEL of GRACE REVEALED in the COMMANDMENTS OF GOD