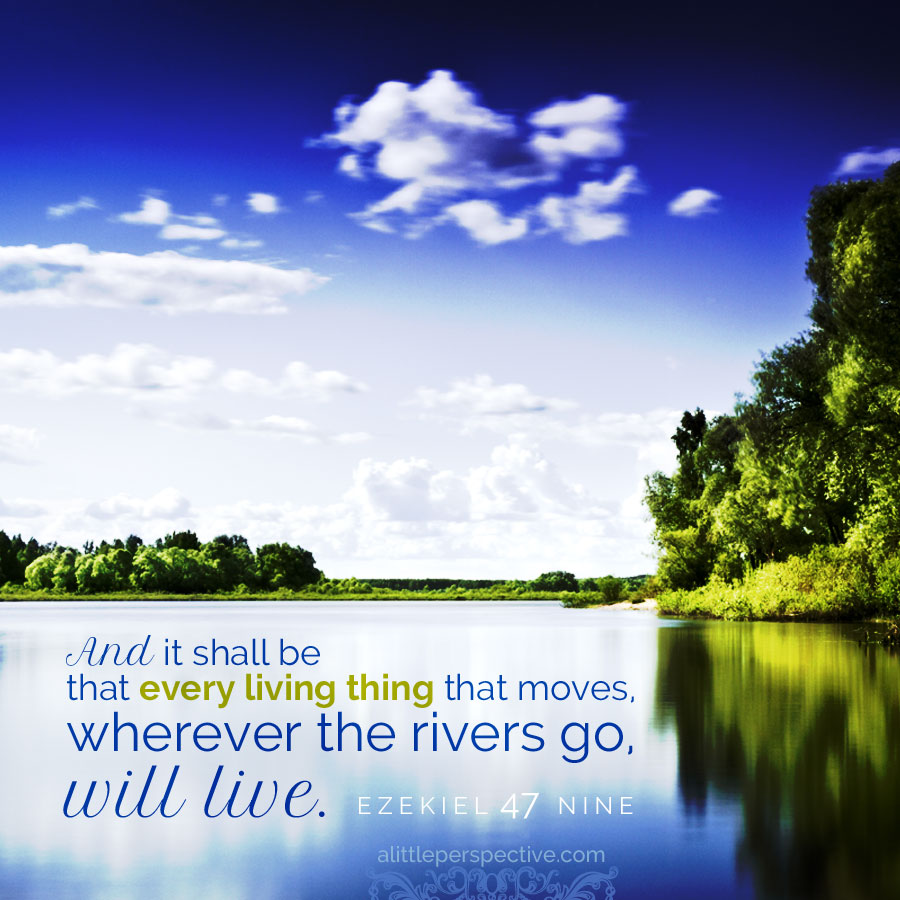 Read Ezekiel 47 and 48 at Bible Gateway.

A chiastic structure for the book of Ezekiel:

1a) Eze 4:1-14:11, Vision of the desolation of Jerusalem/ present temple full of abominations;

central axis) Eze 8:1-11:25, Vision of the present temple + city, full of abominations/ departure of the glory of God;

central axis) Eze 20:1-24:27 Israel’s harlotries will cease when purified by the fire of YHVH’s wrath;

Even though Ezekiel is thought of as a book of prophetic judgments because of Israel’s unfaithfulness, the theme of the book is Israel’s washing, regeneration, and restoration under one king, the glory of God inhabiting her. From His presence flows the river of life, bringing life and healing to the waters and nations of the world. The fire of His wrath burned hot against her, but He was not against her — it was a tool which purified her of her wickedness and uncleanness, and caused her to repent of her sins, so that she might receive her new life, her new heart, and her new spirit. It is a beautiful prophetic picture of our salvation under the kingship of Yeshua our Good Shepherd, God dwelling with us, and through His gift of the Holy Spirit, rivers of living water flowing from us to bring life and healing! ♥