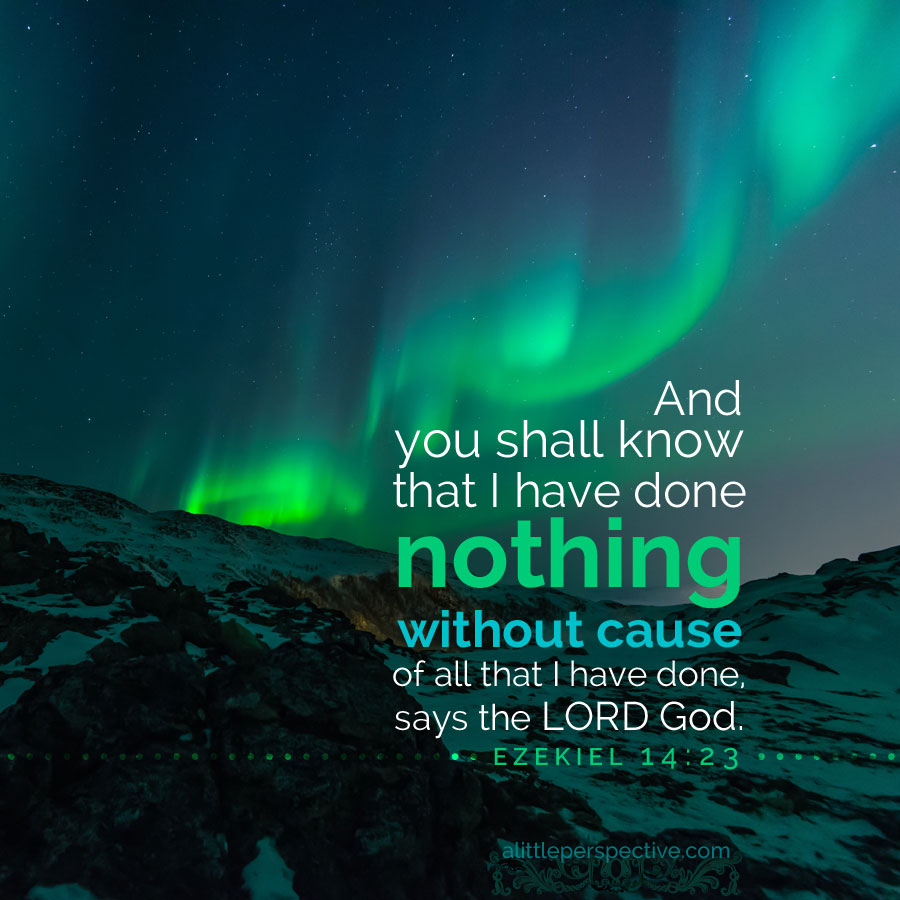 Read Ezekiel 13 and 14 at Bible Gateway.

Eze 13:1-7 {s} Woe to the foolish prophets who say, YHVH says, when He has not spoken
Eze 13:8-12 {s} I am against the prophets who divine lies, they shall not be in the assembly of My people
Eze 13:13-16 {p} My fury will uncover the false prophets who prophesy peace for Jerusalem when there is no peace
Eze 13:17-19 {s} Woe to the women who practice divination + witchcraft, hunting souls with lies
Eze 13:20-14:1 {p} My people delivered, so that you will no longer suppress the righteous or strengthen the wicked
Eze 14:2-3 {s} The elders have set up idols in their hearts, should I let Myself be inquired of by them?
Eze 14:4-5 {s} All who love their idols but who inquire of Me: I will answer you according to your idols
Eze 14:6-8 {s} Repent, turn away from your idols/ if not, I will set My face against that man
Eze 14:9-11 {p} The prophet who answers him I will destroy, that Israel may no longer stray from Me
Eze 14:12-20 {p} Persistent unfaithfulness + YHVH’s wrath/ the righteous will deliver only themselves
Eze 14:21-23 {p} Four judgments against Jerusalem, yet the righteous remnant will be delivered

The chiastic structure of Eze 13:

1b) Eze 13:2-9, Woe to false prophets/ their indictment/ His hand against them + they shall know He is YHVH;

1d) Eze 13:10b-14a, The wall + those who plastered it with untempered mortar shall be consumed in My fury;

1a) Eze 13:10b-11a, Say to those who plaster the wall with untempered mortar: It will fall;
1b) Eze 13:11b, A flooding rain + great hailstones + stormy wind shall tear it down;
central axis) Eze 13:12 {s} “Surely, when the wall has fallen, will it not be said to you, ‘Where is the mortar with which you plastered it?’”
2b) Eze 13:13, I will cause a stormy wind + flooding rain + great hailstones to consume it in My fury;
2a) Eze 13:14a, I will break down the wall plastered with untempered mortar, and you shall be consumed in its fall;

2d) Eze 13:15, I will accomplish My wrath on the wall + those who plastered it with untempered mortar;

2c) Eze 13:16 {p} On the prophets who prophesy peace for Jerusalem when there is no peace;

In the case of the false prophets and false witchcraft, YHVH’s indictment against them is the same:

The indictment against false prophets:

“O Israel, your prophets are like foxes in the deserts. You have not gone up into the gaps to build a wall for the house of Israel to stand in battle on the day of the Lord.” Eze 13:4-5

They have seduced YHVH’s people with lies.

The indictment against false witchcraft:

They hunt souls; they suppress the righteous so that they do not stand strong, and they strengthen the wicked so that they do not repent of their wickedness (political correctness accomplishes the same thing in our culture today). They lie, YHVH says, and His people are deceived by it (“listen to lies”). The indictment against them both is the same.

But how does YHVH deliver His people from these lying lips? He reveals their lies, so that His people have their eyes opened and the lies lose all their influence and authority. As for the false prophets:

“Surely, when the wall has fallen, will it not be said to you, ‘Where is the mortar with which you plastered it?’” Eze 13:12

As for the false witchcraft:

Therefore thus says the Lord God: “Behold, I am against your magic charms by which you hunt souls there like birds. I will tear them from your arms, and let the souls go, the souls you hunt like birds. I will also tear off your veils and deliver My people out of your hand, and they shall no longer be as prey in your hand. Then you shall know that I am the Lord.” Eze 13:20-21