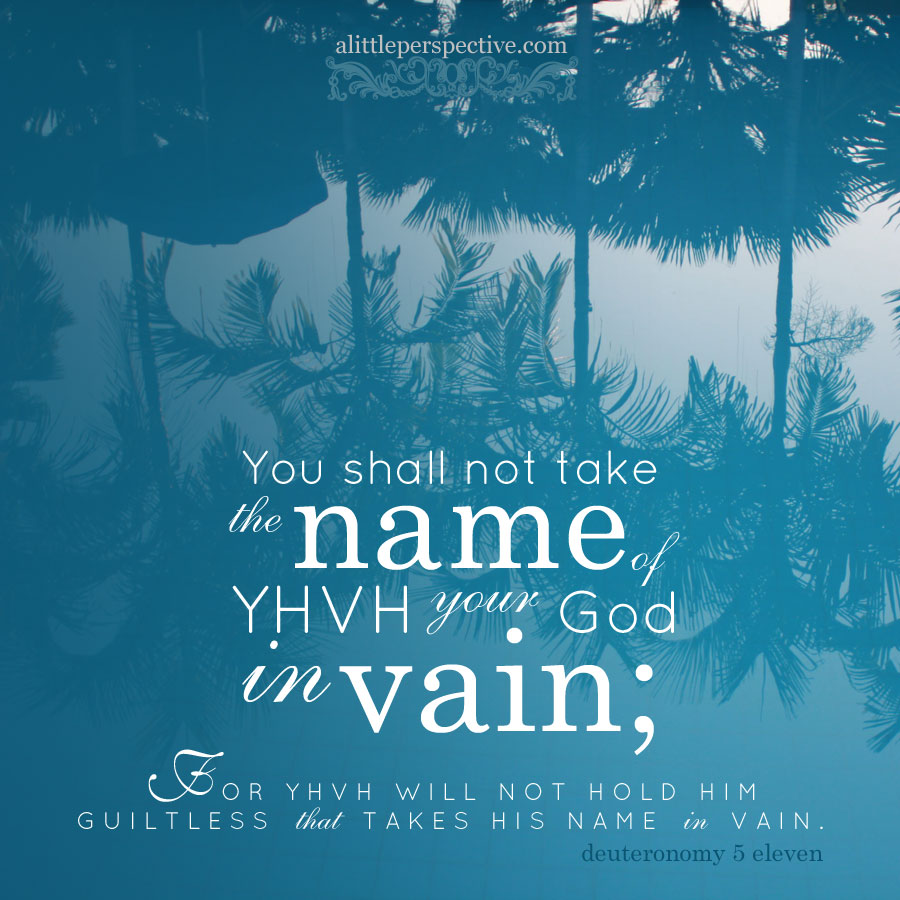 You shall not take the name of YHVH your God in vain; for YHVH will not hold him guiltless that takes His name in vain. Exo 20:7

The story being told is of pressure (shin) added to (vav) strength (aleph); i.e., a storm as a pressure system which is devastating in its power in rushing over an area leaving emptiness in its wake. Strong’s H7722 is the same word as the Hebrew Shoah:

The biblical word Shoah (which has been used to mean “destruction” since the Middle Ages) became the standard Hebrew term for the murder of European Jewry as early as the early 1940s. The word Holocaust, which came into use in the 1950s as the corresponding term, originally meant a sacrifice burnt entirely on the altar [the olah, Strong’s H5930 – Christine’s note]. The selection of these two words with religious origins reflects recognition of the unprecedented nature and magnitude of the events.

Guiltless is Strong’s H5352 נקה naqah, a primitive root meaning, “to be pure, to be cleared from punishment or absolved of guilt.” The pictographs are nun + quph + hey.

The related words will help us find find the story. The verbal root of the whole family of words means, “to suckle,” as a baby at his mother’s breast. The concrete object, then, is “breast,” and the abstract concept is “innocence.” So the story being told is of the baby (nun) gathered (quph, as the light is gathered to the sun when it is on the horizon) to the heart (hey, as the core of being which is the seat of emotion).  Babies are held to be innocent of wrong doing, not knowing good from evil.

What does it mean to take YHVH’s name in vain? We think it means to use His name in cursing someone or something, and it means that, surely.

But let’s say, for example, that someone swears an oath invoking YHVH’s name, such as might be done in wedding vows. Then later, they break their oath and divorce their spouse. Has that person taken YHVH’s name in vain? I tend to think so. If we do a search for the same topic, that of profaning the name of YHVH, we find examples of the term being used to mean breaking an oath sworn with YHVH’s name.

Then the Scripture says this:

Remove falsehood and lies far from me;
Give me neither poverty nor riches—
Feed me with the food allotted to me;
Lest I be full and deny You,
And say, “Who is the Lord?”
Or lest I be poor and steal,
And profane the name of my God. Pro 30:8-9

You who make your boast in the law, do you dishonor God through breaking the law? For “the name of God is blasphemed among the Gentiles because of you,” as it is written. Rom 2:23-24

When the man breaks a commandment, he is said to have profaned YHVH’s name. Why? Because the commandments were agreed to as the terms of the covenant, in Exo 19:3-6 and Exo 19:8. The covenant, or contract, was between YHVH and His people Israel. Each party in the contract had their agreed-upon contractual obligation. YHVH’s part is that He would be their God. He would provide for them, defend them, and bless them, in other words. Israel’s part was that they would be His people. They would obey His commandments, in other words. So when someone, named with the name “Israel,” breaks the commandments of God, they have not only profaned their own name, but profaned God’s name as well as Israel is God’s covenant partner, since they have broken their contractual obligation and profaned the name of YHVH whose covenant it is.