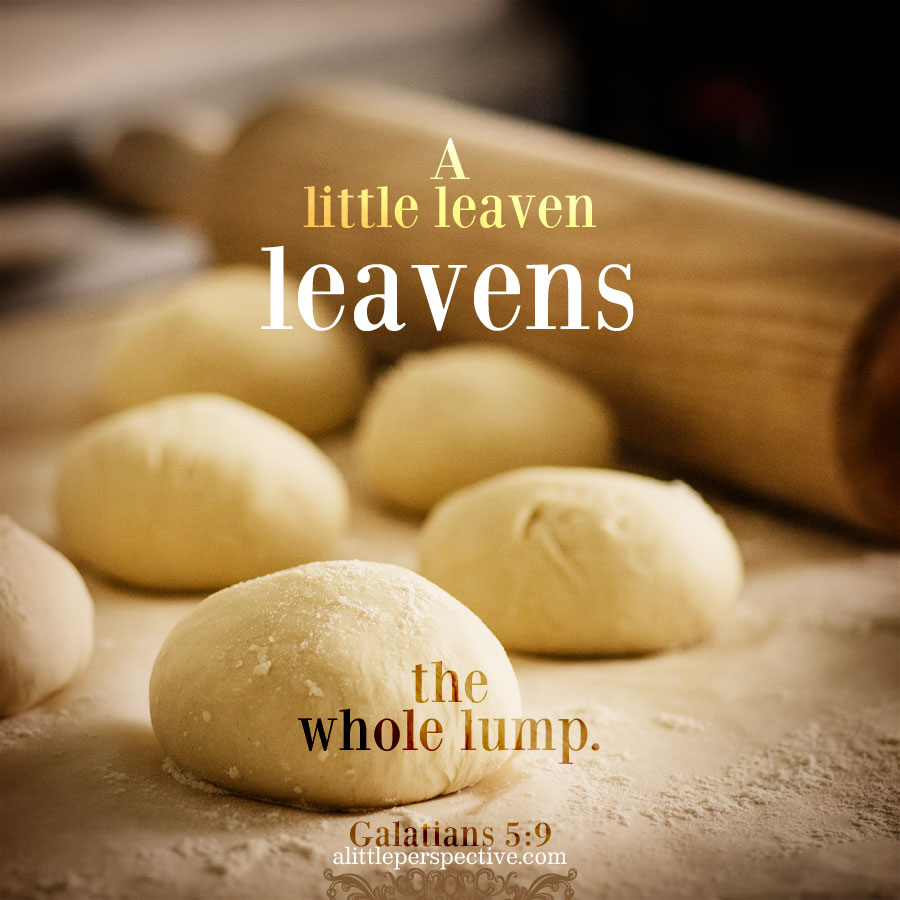 The story: Mighty (mem) side (tsadey, as a hunter lying in wait on the trail is on his side, not upright) multiplied (second tsadey). A cognate word is “squeeze,” as pressure is applied to both sides at once; that is the same action for “suck.” The idea of sweetness comes in because breast milk is sweet. The root’s relation to unleavened bread: leavened bread has been soured due to the action of the yeast (i.e., sourdough), whereas unleavened bread is sweet.

The story: Two (shin) strong (aleph) sinews are joined at the top (resh) and twisted to make a cord. The umbilical cord, also a cognate word, is a twisted mass of strong sinews. A remnant, another cognate word, is a group which has cut the cord from the main group. Leaven is a pinch of dough which has cut the cord from the original dough, thus “that which is left over” to begin the next batch of dough.

The story: According to the Ancient Hebrew Lexicon, related words in this family are “cheese,” “heat,” and “sun,” because of the ancients’ method of making cheese. They poured milk in an animal skin bag, and then hung it out in the sun while pushing the bag back and forth to mix the contents. The heat and the mixing activated an enzyme which caused the milk to separate into curds and whey. Thus the separated (chet) milk (mem, as indicative of any liquid) makes cheese. The making of bread is in a sense, opposite; the separate elements of flour and water are combined and then pushed back and forth, i.e., kneaded, and then set out in the heat to activate the yeast (tsadey, i.e., that which is concealed in the dough, as a hunter is concealed on the trail).