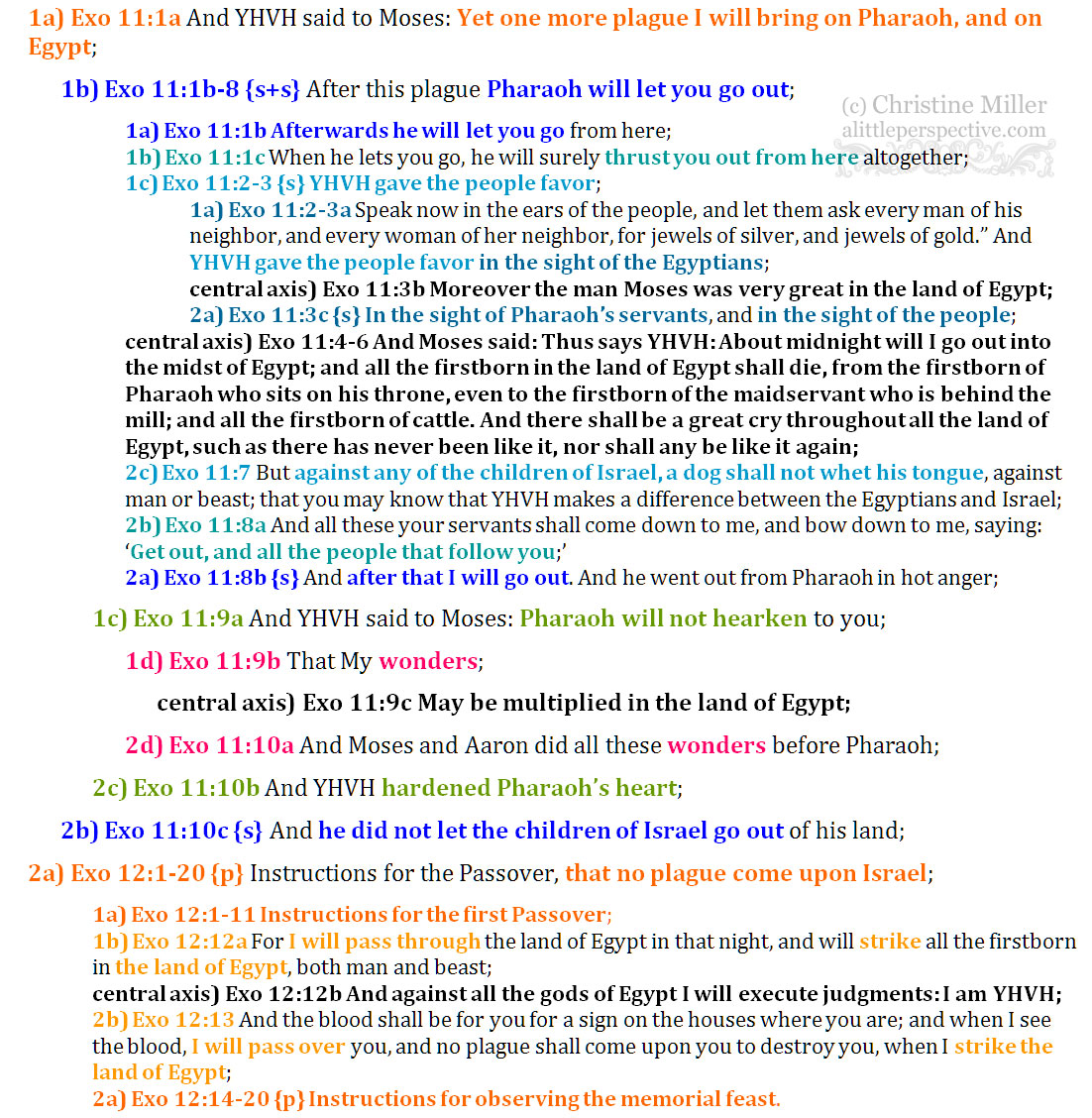 The central axis highlights that Pharaoh will not hearken to YHVH; while the bookends highlight that Israel will hearken to the warning of the final plague. Both Egypt and Israel received warning of the coming of the final plague. Pharaoh, to avert it, only need repent, hearken to YHVH, and let Israel go. Israel, to avert it, had to apply the blood of the Passover lamb to their doorposts and lintel, and eat the Passover meal in the manner proscribed, prepared to journey.

Strong theme: Warning of the final plague: Pharaoh will not hearken; Israel will hearken to protect their homes from the angel of death.

Let us learn from their example!