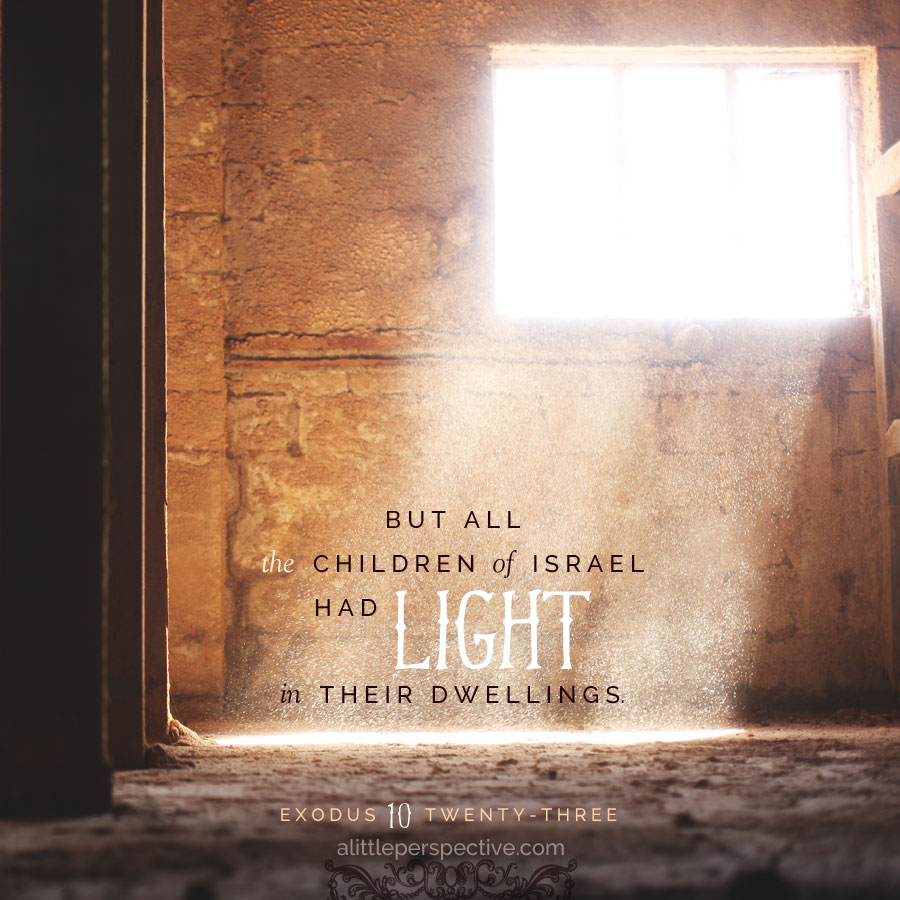 The wall (chet) which is sharp (shin) refers to the wall of a pit dug into the ground for the purpose of trapping someone or something, according to the Ancient Hebrew Lexicon. The sharp walls which go straight down prevent the trapped person or animal from climbing out to safety.  When the pit is covered (kaph, as the open palm covers the head of the son when he receives his father’s blessing), the person is in total darkness.

Light is Strong’s H216, owr, a concrete noun meaning, “light,” from Strong’s H215 אור owr, a primitive root meaning, “to be or become light.” The pictographs are aleph + vav + resh.

The story the pictographs are telling is the cattle (aleph) secured (vav) by the man (resh), thus the cognate words are (cattle) pen, stall, as the place men secure their cattle, and also box, as a livestock stall was in a box shape. Boxes are used to organize and store things, so that there is order instead of chaos, and when God created light, He brought what was chaotic into order. 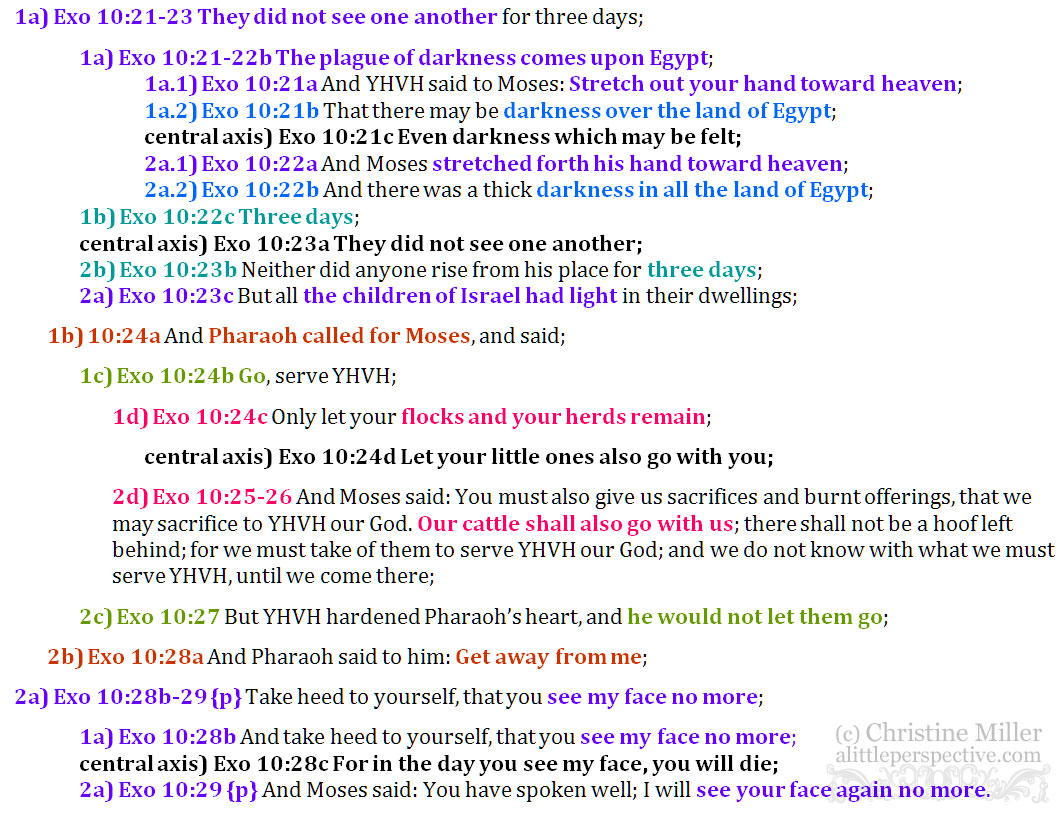