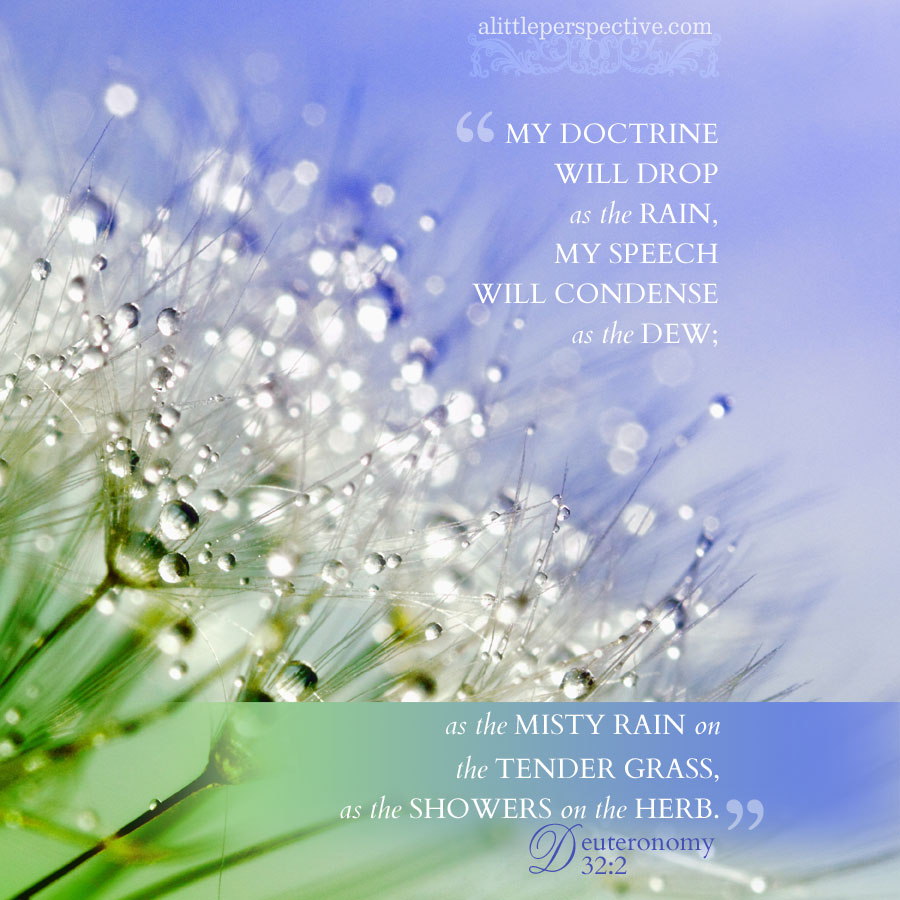 Read Deuteronomy 32:1-52 at Bible Gateway.
the teaching tools of scripture

1a) Deu 32:19-20a, When YHVH saw it, He spurned them, because of their provocation/ He said: ‘I will hide My face from them;’
1b) Deu 32:20b, I will see what their end will be;
1c) Deu 32:20c, For they are a perverse generation, children in whom is no faith;
1d) Deu 32:21a, They have provoked Me to jealousy by what is not God; they have moved Me to anger by their foolish idols;
central axis) Deu 32:21b, But I will provoke them to jealousy by those who are not a nation; I will move them to anger by a foolish nation;
2d) Deu 32:22-27, For a fire is kindled in My anger, and it shall burn/ Disasters heaped on them;
2c) Deu 32:28-29a, They are void of counsel, nor is there any understanding in them/ That they were wise + understood;
2b) Deu 32:29b, That they would consider their latter end;
2a) Deu 32:30, How could one chase a thousand, and two put ten thousand to flight, unless their Rock had sold them, and the Lord had surrendered them?

The B pair spoke to me this year:

He is the Rock, His work is perfect; For all His ways are justice, A God of truth and without injustice; Righteous and upright is He. Deu 32:4

For their rock is not like our Rock, Even our enemies themselves being judges. … Vengeance is Mine, and recompense … For the Lord will judge His people and have compassion on His servants, When He sees that their power is gone, And there is no one remaining, bond or free. He will say: ‘Where are their gods, The rock in which they sought refuge? Who ate the fat of their sacrifices, And drank the wine of their drink offering? Let them rise and help you, And be your refuge. ‘Now see that I, even I, am He, and there is no God besides Me; I kill and I make alive; I wound and I heal; nor is there any who can deliver from My hand. For I raise My hand to heaven, and say, “As I live forever, If I whet My glittering sword, and My hand takes hold on judgment, I will render vengeance to My enemies, and repay those who hate Me. … Rejoice, O Gentiles, with His people; for He will avenge the blood of His servants, and render vengeance to His adversaries; He will provide atonement for His land and His people. Deu 32:31-43

It seems to be saying that the judgment which they received for forsaking Him, was not just a reaction of His out of spite: You forsook Me, so I will forsake you. No, No, No. But by the judgment, which they brought upon themselves for ignoring His commandments and esteeming Him lightly, they learned that He alone is God and beside Him there is no other. They learned that the idols they worshiped were powerless, no gods at all. They learned to return to the LORD God, for He alone is God. So the Scripture says:

“For the Lord will judge His people and have compassion on His servants …” Deu 32:36

Can it be that the compassion and atonement is the entire purpose of the judgment? I am thinking so …