You are here: Home / Perspective / america and nation / contact your state secretary of state 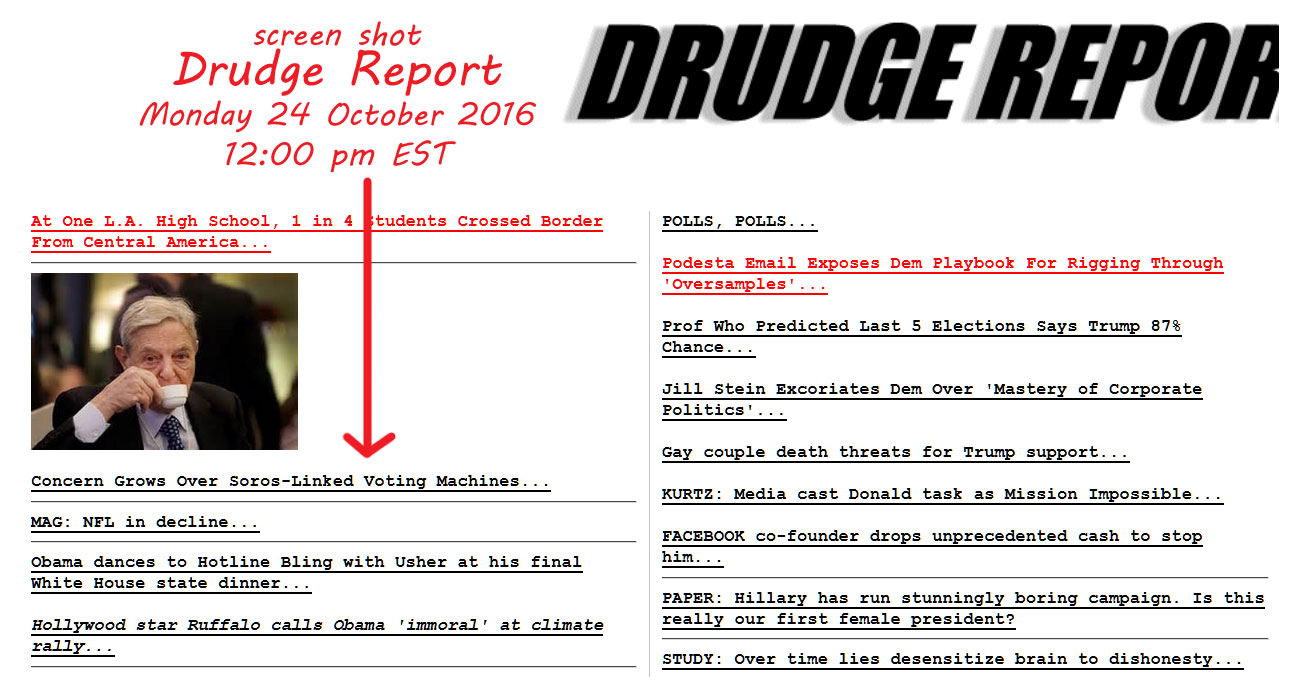 I have. You should do likewise in your states.

My name is Christine Miller, and I’m a American citizen living in and registered to vote in _________ county.

I am a blogger with a modest following who has become very interested in possible voter disenfranchisement in Florida for the upcoming general election. Recent news has highlighted possible voter fraud schemes in place, which has in turn led to citizen journalists uncovering links to nearly all voting machine manufacturers in the United States with either the Clinton Foundation, or the Clinton political machine (research following).

I called my ____________ county Board of Elections office last week, on Thursday, October 20 at 1:40 pm, and spoke with Barbara. She assured me that _________ county uses paper ballots which are tabulated by an ES&S DS200 Tabulator machine. That answer satisfied me at the time, however upon further digging into this question I learned that all Smartmatic, Sequoia, and Dominion machines should be considered compromised, as well as Hart Intercivic and ES&S tabulating machines (research summary following).

I’m writing today to ask if the state of Florida has considered exercising its Conflict of Interest clause in their contract. I think given the above, and the research following revealing a suspicion of conflict of interest, Florida ought to fall back to a manual voting process, so as to preserve the integrity of this upcoming election and protect the enfranchisement of all Florida citizens who have registered, mailed in ballots, cast early ballots, and will go to vote on November 8th in good faith.

Mark Mallock-Brown is currently the Chairman of the Board of Directors for Smartmatic, and is also the Vice Chairman of George Soros’ Open Society Foundation.

George Soros’ Open Society Foundation is currently the Clinton Foundation’s single largest supporter, and Soros has intimate ties to the Clinton campaign. He has been mentioned by name in more than one wikileak (here  and here  for just two examples.)

Soros also runs many other organizations, such as MoveOn.org, which also supports the Clintons.

You can begin your own research on George Soros here, where history of his involvement with influencing U.S. elections is cited.

In addition to this, earlier this year investigations revealed that Dominion Voting donated between $25,000-50,000 to the Clinton Foundation. Also among the donors are H.I.G. Capital, owners of Hart Intercivic.

That Clinton Foundation donation ledger can be found here.

Wikileaks revealed that Smartmatic machines had been used in 2004 to rig the Venezuelan elections.

More info can be found here.

Soros himself has even come out and said that Trump will win the popular vote in a landslide but Clinton will win the electoral vote:

How does he know who will win the electoral vote before that vote had even been cast? Is he planning, through his foundations and subsidiaries, to tamper with the vote recording or vote tabulating process? I don’t know … I am just asking the questions!

Project Veritas, the organization which blew open the ACORN corruption, have released undercover videos showing ties between political operatives, the Clinton campaign, the DNC, and companies desiring to commit voter fraud on a massive scale. Such ties are not proof of criminality, but do suggest a conflict of interest.

This comes after a summer where the explosive story splashed over all major media outlets was possible DNC and Clinton campaign tampering with the primary so as to assure Mrs. Clinton the nomination. So we already have precedent of possible intent to disenfranchise for this particular election cycle.

In light of connections between big money foreign interests with US voting machines and tabulators and also political campaigns, the suspicion is raised that foreign interests may be attempting to electronically gerrymander the election, and silence the voice of the electorate.

I believe it is absolutely imperative that we exercise our Conflict of Interest clause immediately, and fall back to our manual voting process, so as to secure this election for every citizen of this great state.

We must begin this process now, as quickly as possible, because November 8th is coming quickly.  If you have any questions or need any more information, please contact me. Thank you so very much for considering this request. I will be following up next week.

No, Voter Fraud Isn’t a Myth: 10 Cases Where It’s All Too Real Oct 17
Texas AG’s Office Investigating Allegations Of Voter Fraud In Tarrant County Oct 17
GOP Rep Steve King: ‘Significant Evidence Out There’ of Voter Fraud Oct 17
Fears of a ‘rigged election’ has Indiana election officials reassuring voters their vote will count Oct 17
James Carville Admits That There Will Be Fraud On Election Day (Broken link, active October 24, 2016) Oct 20
Early Voters in Illinois Affected in “Calibration Error” as Republican Votes Changed to Democrat (Broken link, active October 24, 2016) Oct 22
Early Voters From Amarillo Are Saying Their Votes Were Changed On the Ballot Oct 24
Votes switched from Trump to Hillary in Texas Oct 25
Are There Signs of a Voter Fraud Scheme in Broward County, Florida? Oct 26
Hundreds Of Dead Chicagoans STILL VOTING, Some Decades After They Passed Away Oct 30