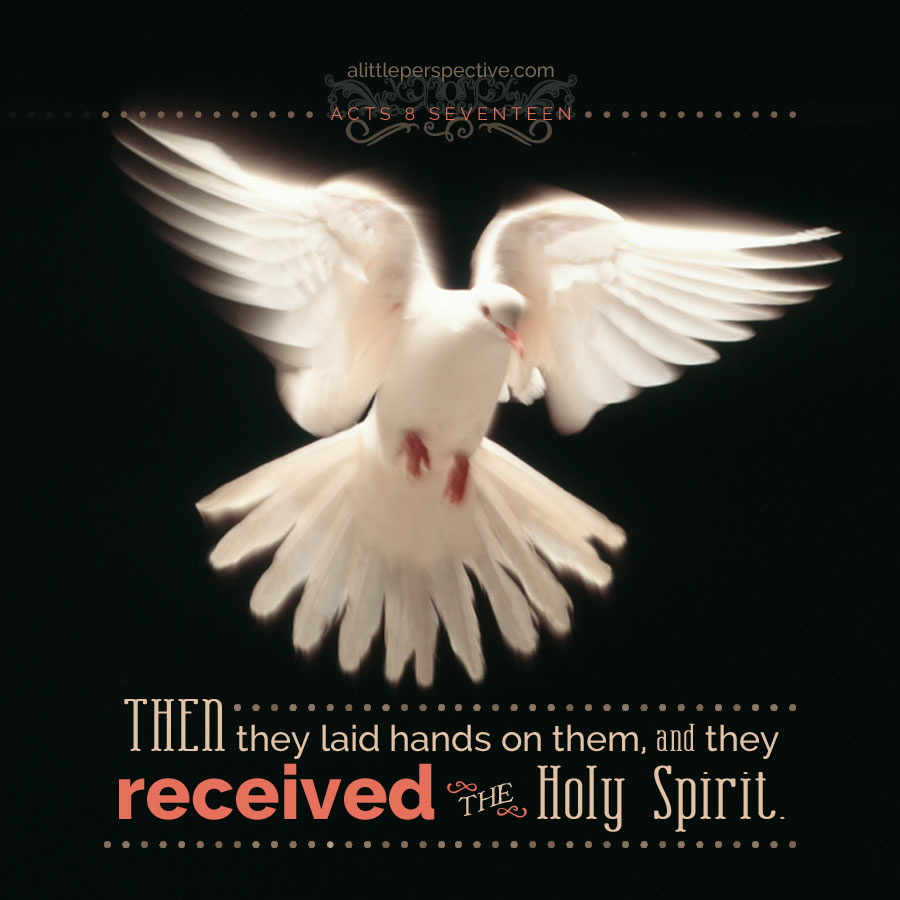 1a) Act 8:5, Then Philip went down to the city of Samaria and preached Messiah to them;

1b) Act 8:6-13, Philip preached to the Samaritans: they believed and were baptized;

1a) Act 8:6-8, The multitudes heeded Philip, hearing + seeing the miracles which he did/ great joy in that city;
2b) Act 8:9-11, Simon, who previously practiced sorcery, astonished the people of Samaria;

central axis) Act 8:12, The multitudes believed Philip concerning Messiah Yeshua/ both men + women were baptized;
2b) Act 8:13a, Simon also believed + was baptized/ he continued with Philip, and was amazed;
2a) Act 8:13b, Seeing the miracles and signs which were done;

1d) Act 8:18-19, Simon offered them money for the power of laying hands to impart the Holy Spirit;

central axis) Acts 8:20-23, Peter’s rebuke: Your money perish with you/ the gift of God cannot be purchased with money;

2c) Act 8:25, When they had preached the word in many villages of the Samaritans, they returned to Jerusalem;

2b) Act 8:26-39, Philip preached to the Ethiopian: he believed and was baptized;

1a) Act 8:26-28a, Angel of the LORD sent Philip to the southern desert/ the Ethiopian eunuch;
1b) Act 8:28b-29, Sitting in his chariot reading Isaiah/ Spirit commanded Philip to overtake his chariot;
1c) Act 8:30, Philip asked him: Do you understand what you are reading;
1d) Act 8:31, Eunuch replied: How can I, unless someone guides me/ asked Philip to join him;
central axis) Act 8:32-33, The place in the Scripture which he read was this: “He was led as a sheep to the slaughter; and as a lamb before its shearer is silent, so He opened not His mouth. In His humiliation His justice was taken away, and who will declare His generation? For His life is taken from the earth;”
2d) Act 8:34, Eunuch questioned: Of whom does the prophet say this, of himself or of some other man;
2c) Act 8:35, Philip opened his mouth, and beginning at this Scripture, preached Yeshua to him;
2b) Act 8:36-39, He commanded his chariot to stand still when they came upon water/ Philip baptized him;
2a) Act 8:39, The Spirit of the LORD caught Philip away so that the eunuch saw him no more;

2a) Act 8:40, Philip was found at Azotus/ passing through, he preached in all the cities till he came to Caesarea.

One of the deacons, Stephen, had just been killed, after witnessing to Jesus with power and wisdom and eloquence. Now another deacon, Philip, began witnessing with power and wisdom. The deacons did not back down, thinking that they might need to protect their lives now that the first believer had been killed for his faith. The result of Philip’s boldness was that the entire city of Samaria received the gospel.

The gospel was still being preached only within the borders of the Promised Land.

But then the Spirit led Philip to an Ethiopian traveling in the desert. The Ethiopian, a Jewish convert, had been in Jerusalem – perhaps for one of the feast days, when all Jewish males are commanded to present themselves before the Lord in Jerusalem – and was returning to Ethiopia, just south of Egypt. So he was traveling south through the desert to the Egyptian border.

So Philip obeyed, the Ethiopian got saved – the faith had not gone beyond the Jews, but with the Ethiopian it left the borders of the Promised Land, on the first step of its journey to the ends of the earth – and then because Philip had done what the Spirit asked, the Spirit now took care of Philip’s need for food, water and shelter in the desert – He miraculously transported him to the closest town which was about 20 miles away on the coast. Then Philip had to walk again, LOL. But he was at least in an area he knew with villages where he could get the things for the body that he needed.

Our lives in the Lord could be a grand adventure, if we would let it. It begins with taking the first step of faith, in obedience to the Holy Spirit, out of our comfort zone, trusting in Him that when we set our foot down, the Lord will be there with a plan, ready to show us the next step.