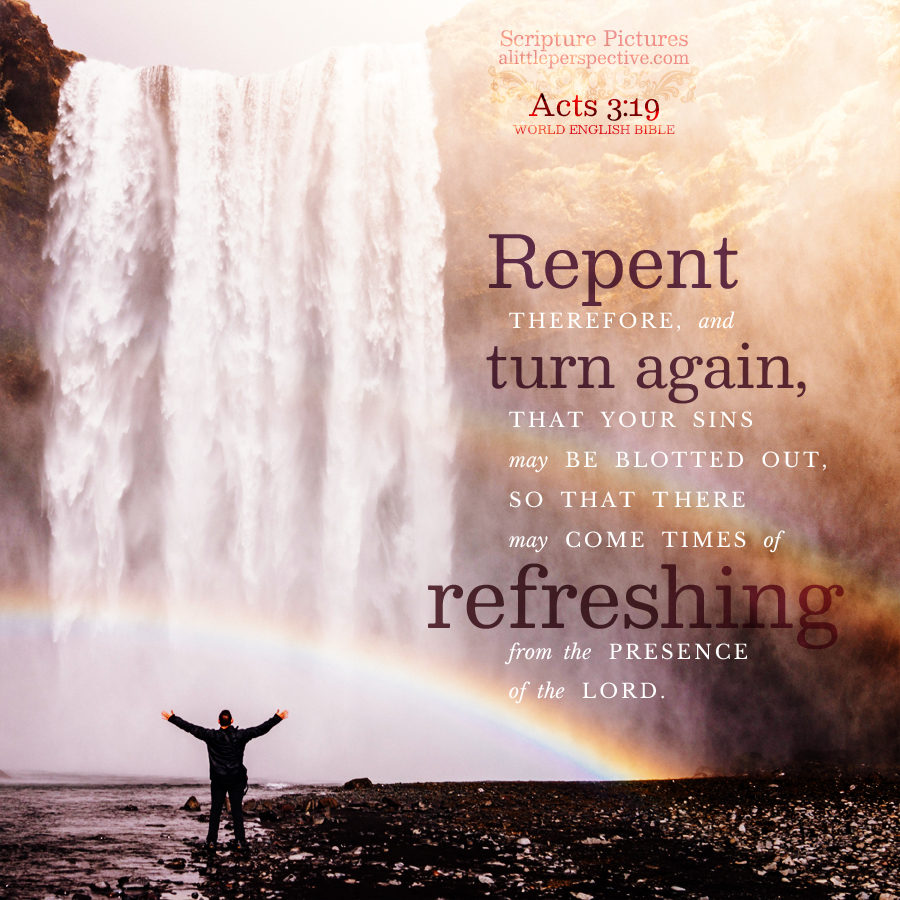 1b) Act 3:10b, And they were filled with wonder + amazement at what had happened to him;

central axis) Act 3:11a, Now as the lame man who was healed held on to Peter and John;

2b) Act 3:11b, All the people ran together to them in Solomon’s porch, greatly amazed;

2a) Act 3:12, When Peter saw it, he responded to the people: Men of Israel, why do you marvel + look at us, as though by our own power or godliness we had made this man walk?

2c) Act 3:16b, Yes, the faith which comes through Him has given him this perfect soundness in the presence of you all;

2a) Act 3:17b-26, That which God foretold to the fathers + you are the sons of the covenant/ therefore repent;

1a) Act 3:17b-21, That which God foretold to the fathers by the mouth of all His prophets/ therefore repent;

1a) Act 3:18a, But those things which God foretold by the mouth of all His prophets;
1b) Act 3:18b, What the prophets preached Messiah did fulfill: that He would suffer;
central axis) Act 3:19-20a, “Repent therefore and be converted, that your sins may be blotted out, so that times of refreshing may come from the presence of the Lord, and that He may send Jesus Christ;”
2b) Act 3:20b-21a, What the prophets preached Messiah will fulfill: heaven must receive Him until the restoration of all things;
2a) Act 3:21b, Which God has spoken by the mouth of all His holy prophets since the world began;

1b) Act 3:22a, Moses to the fathers: God will raise up a Prophet like me/ Him you shall hear;
central axis) Act 3:22b, Whatever He says to you;
2b) Act 3:23a, Every soul who will not hear that Prophet shall be destroyed from among the people;
2a) Act 3:23b-26, All the prophets have foretold these days/ you are their sons, therefore turn away from your iniquities.

We can see from the way one structure follows the other upon its heels, the reason God has given miraculous gifts through the Holy Spirit to His people. Of course He loves people and wants to help and heal them. But more importantly than physical healing is spiritual healing: that people would hear the words of the Prophet whom God has raised up like Moses, by hearing the words of His disciples who are witnesses of Him. What God has done here is brilliant marketing strategy: He used the occasion of the man lame from birth being healed, to build a platform for Peter and John, essentially putting a megaphone in their hands, so that people, because of the miracle, would come running to see, and fix their attention on Peter and John.

Peter quickly grasped the situation and what God was doing, and seized his opportunity, saying, Why do you look at us as though it were by our own power or godliness we had made this man well? No, it was in the name of Yeshua, Messiah of Israel.

Now this is the question I have for all His disciples today who say the miraculous gifts of the Holy Spirit ended with the generation of the apostles: If their purpose is to give God’s people a platform and a megaphone to proclaim the gospel of repentance from sins, being saved in the name of Messiah Yeshua, has the age of our witness come to an end? No! As long as it is called Today, His disciples remain in the earth to witness of Messiah Yeshua for the salvation of the lost. And as long as the need for our witness remains, then the need for God’s strategic platform and megaphone remains: the working of the miraculous by the power of the Holy Spirit, in the name of Messiah Yeshua, which testifies that He is the Prophet come from God, and raised up by God, who will come again at the time of the restoration of all things. The signs themselves are the same platform God used in the ministry of Yeshua, Amen, which testified who He was! And the student is to be like his Teacher!

I just want to point out one other thing, and that is the manner of Peter’s prayer for the sick. He really didn’t even pray, did he? He just commanded the man to stand up and walk in the name of Yeshua. He did not pray, as we do, “Father, please heal this man.” Why? The Father had given all authority to Yeshua, and Yeshua then gave it to His disciples to continue His work. Peter spoke in Yeshua’s authority. And then Peter did not stand back and wait to see what the man would do. He grasped him by the right hand, and lifted him up. While the man was being lifted up, his feet and ankle bones received strength. Would his feet have received strength if Peter had never lifted him up? We don’t know.

The lame man exercised faith: he looked at Peter and John expectantly to receive something from them. And Peter and John exercised faith: they spoke as a man under authority, with soldiers under them, so to speak, and then acted on their authority by lifting the man up. And the power of the Holy Spirit then glorified Yeshua and gave the apostles a platform to speak. The Scripture is teaching us by example how to exercise authority and the power of the Holy Spirit in the name of Yeshua, to create a platform for our witness to be heard and received!