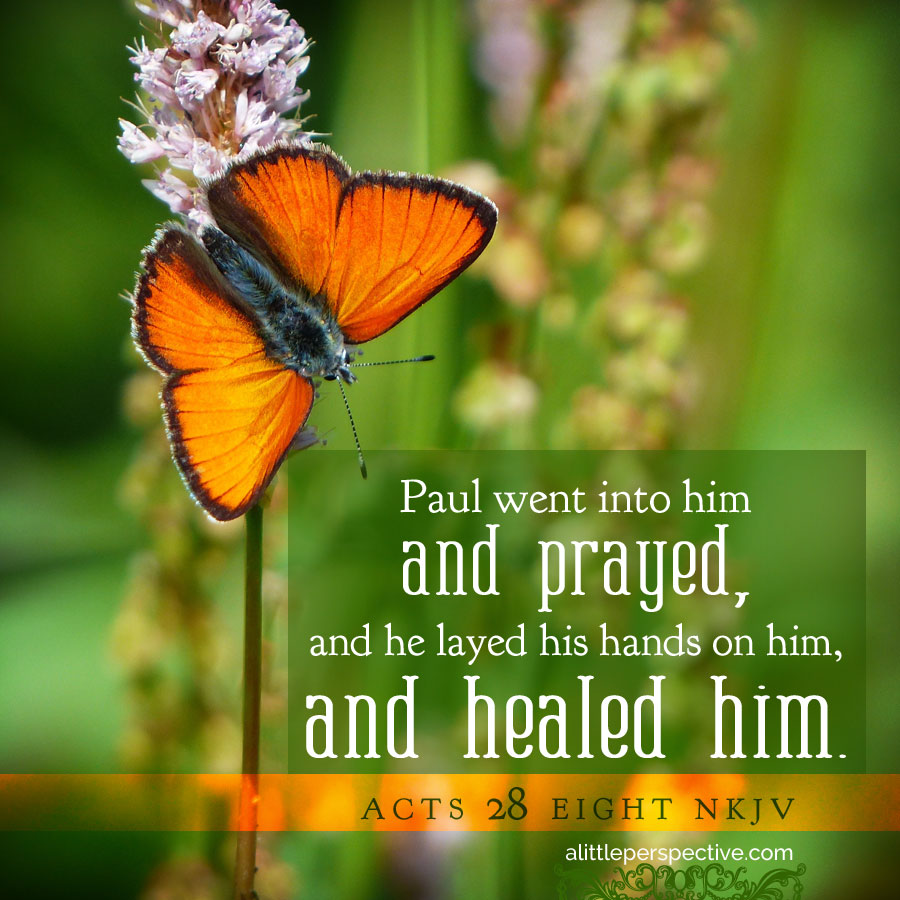 1a) Act 28:3-4, When the viper fastened on Paul, the natives assumed he was a murderer;
1b) Act 28:5, But he shook off the creature into the fire and suffered no harm;
central axis) Act 28:6a, However, they were expecting that he would swell up or suddenly fall down dead;
2b) Act 28:6b, But after they had looked for a long time and saw no harm come to him;
2a) Act 28:6c, They changed their minds and said that he was a god;

1b) Act 28:11-14a, After three months we sailed on to Italy/ arrived at Puteoli where we found brethren;

1a) Act 28:16, The centurion delivered the prisoners, but Paul was permitted to dwell by himself with the soldier who guarded him;
1b) Act 28:17-20, Paul called together the Jews of Rome;

1a) Act 28:17a, After three days Paul called the leaders of the Jews together;
1b) Act 28:17b, Paul: I have done nothing against our people or the customs of our fathers;
1c) Act 28:17c, Yet I was delivered as a prisoner from Jerusalem into the hands of the Romans;
central axis) Act 28:18, When they examined me, they wanted to let me go, because there was no cause for putting me to death;
2c) Act 28:19a, But when the Jews spoke against it, I was compelled to appeal to Caesar;
2b) Act 28:19b, Not that I had anything of which to accuse my nation;
2a) Act 28:20, For this reason I have called for you, because for the hope of Israel I am bound with this chain;

When Paul arrived in Rome, he met with the Jews first – never deviating from his pattern that he established at the very beginning of his ministry, of going to the Jews first. Then he lived in his own rented house, under house arrest. Someone under house arrest could live in relative freedom and comfort in their own house, but they did not have freedom of movement. They could not leave their house. A Roman soldier was with him there at all times, so that he was available to the emperor when his case finally came up to be heard.

So Paul’s friends and the people who cared for him had to come to him. His food and clothing and anything else he required was brought to him by Luke or anyone else who was with him and cared for him. I imagine the church at Rome came to regular meetings at his house.

Paul was tried before Nero at the end of two years. Nero was depraved, who hated the Christians because they had reproved him for his depravity. Paul was condemned. As a Roman citizen, he was beheaded on the Appian Way outside Rome (rather than crucified). The church at Rome took his body, and tradition says that it was buried in the sepulcher of a wealthy woman in the church. The Vatican recently ran tests on the traditional tomb of St Paul, and concluded that the remains inside were indeed those of the apostle.

The time of Paul’s death is traditionally placed at 64 AD. His life is an example to us, of the difference one man can make in the world, living a life completely submitted to God, and to unwavering belief in His Word.