Hat tip @stillgray He is correct. @realDonaldTrump scared the hell out of them. 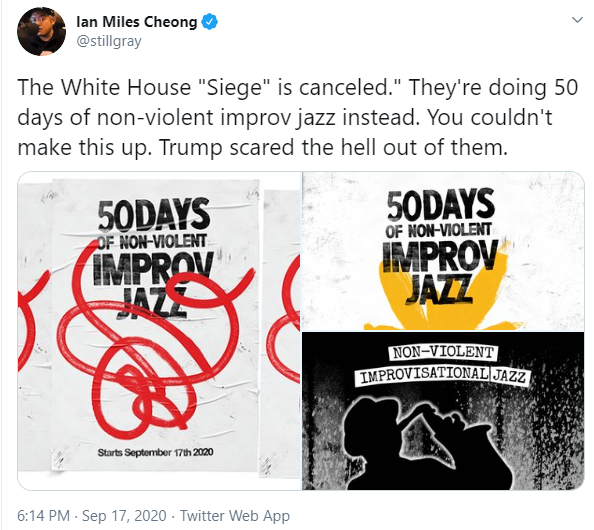 Trump recently said in a very offhand way is that we’re speaking DIRECTLY TO IRAN.

Neither Trump nor the Arab nations want to humiliate Iran. Iraq is majority Shia, as is Iran, so those two countries will always have a close relationship.

Sunni Muslims make up 90 percent of the religion. There’s only ONE solution, and I predict that it’ll happen:

Al-Azhar University in Cairo–the de facto Vatican of Sunni Islam–will declare Shia Islam a legitimate branch of the religion. IT HAS TO HAPPEN.

Mohammed bin Salman has done things that I was told were not possible. He’s reinterpreted the Koran.

I was told that Muslims believe that the Koran is perfect; therefore it can’t be reinterpreted. Islam relies on the Koran and the Hadith. The Hadith is a record of the words, actions, and the silent approval of the Islamic prophet Mohammed, as recorded by HUMANS.

Both the Koran and the Hadith have glaring inconsistencies and contradictions, to which the answer has always been, “Shut up!”

This is very understandable, given the history of Muslim societies. The road has been very rocky. So the Saudis have an ingenious solution:

HUMANS FAILED THE PROPHET. They injected confusion. And now there must be a massive collaborative effort to ELIMINATE these inconsistencies and contradictions in order to HONOR the prophet. It wasn’t his fault. Everything needs to be updated.

Similarly, Mohammed bin Salman said that these same fallible humans MISUNDERSTOOD Mohammed. Mohammed said to SPREAD THE WORD of Islam. With the advent of modern technology, THE WORD HAS BEEN SPREAD, so Muslims need to stop worrying about it.

It’s FORBIDDEN to force Islam on anyone. That dishonors the prophet, and all good Muslims must fight this human distortion of the holy words.

“Look! These bastard terrorists are defiling our religion! CHARGE!”

This is all a work in progress.

All that matters is RESULTS. And we’re seeing them. The people doing almost all of the fighting against Islamists?

And the Saudis are liberating women in the smartest way possible. By the time they’re granted status as equal citizens, they’ll be running the country.

The HUGE mistake we made in Iraq was freeing people overnight. They were disoriented.

The Saudis made emergency trips here to plead with us to not invade and overthrow Saddam, but we ignored them.

ALL THEIR MOST DIRE PREDICTIONS CAME TRUE.

At the time, I thought they were just being tribal, but I WAS WRONG. So I learned from my huge blunder.

NOW I LISTEN TO THE LOCALS. So does Trump.

The Afghans and Taliban are still fighting, even as they have peace talks. THIS IS WHAT THEY DO.

They tried it with US, and Trump ordered the entire Taliban leadership killed.

The Afghans now have Tier One special operators. Click this image and examine the dudes under a microscope. 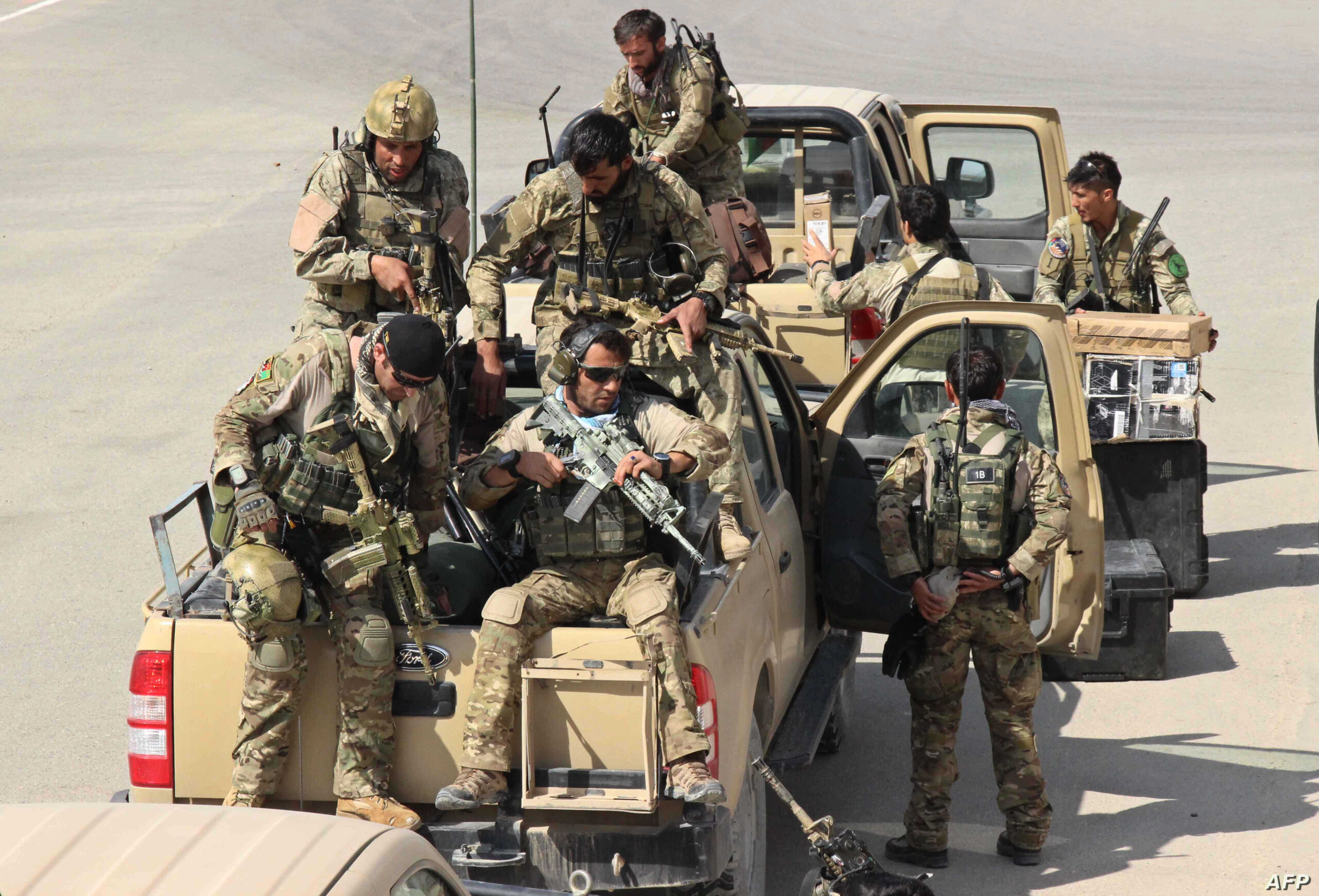 Afghan special forces arrive at the airport as they launch a counteroffensive to retake the city from Taliban insurgents, in Kunduz on Septmber 29, 2015. The Afghan army on September 29 launched a counter-offensive to retake Kunduz from the Taliban, a day after insurgents overran the strategic northern city. AFP PHOTO / Nasir Waqif

THAT WAS 2015. It’s now the Commando CORPS. The Afghan government is free to ask for help from whomever it wants. TONS of countries are willing to help. In recent fights, even regular Afghan cops and soldiers kill more Taliban than themselves lose. And yes, I get THIS:

You’ll get plenty of American combat forces who were in Afghanistan who will say, “They’re useless!”

THEY SAY THAT ABOUT EVERYBODY. It’s schtick. Results are all that matters. Countries are lined up to help Afghanistan.

The point is, Trump talks to EVERYBODY.

All these violent nutters got a little message: “Don’t do this thing at the White House.”

They came home, and their bed was in the kitchen with a smiley face pillow that had a note attached.

This is why I have NO PATIENCE for people who refuse to factor Trump into the equation.

ALL “analyses” are laid out as if Trump doesn’t even exist. How did this happen?

TRUMP IS THE ONLY ONE WHO MATTERS. The Democrats don’t matter. The press doesn’t matter.

Werner Voss was the greatest pilot in history. A German, he died in a World War One dogfight at the age of 20. 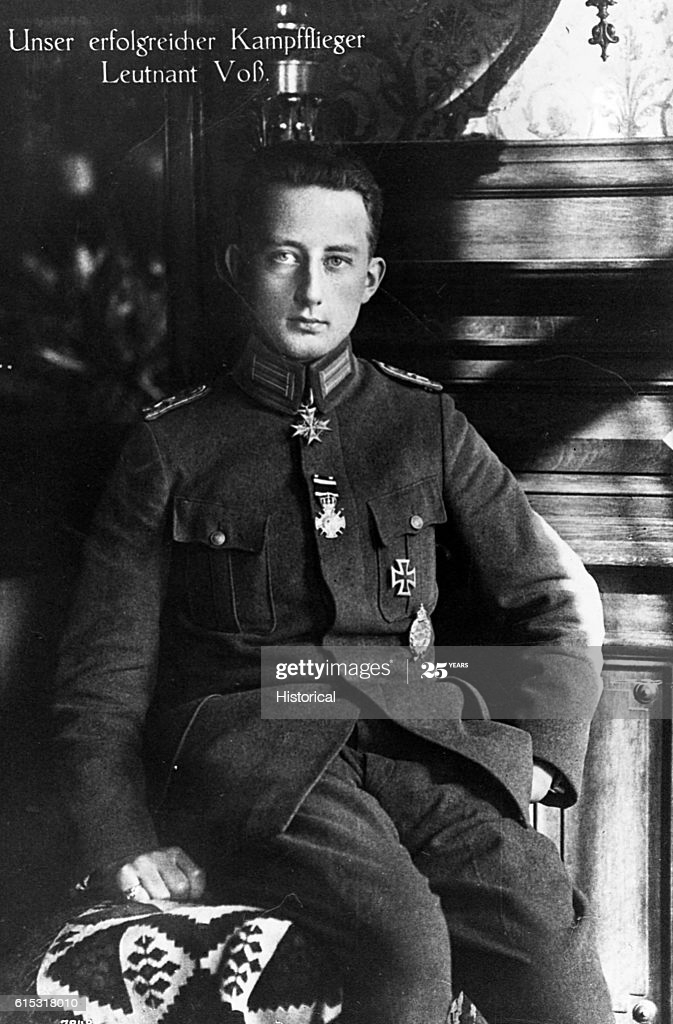 Because he was Jewish and the son of dyer–a man who applied dyes to textiles–he was ostracized by the Prussian aristocrats. This is a real German aristocrat: Karl-Theodor Maria Nikolaus Johann Jacob Philipp Franz Joseph Sylvester Buhl-Freiherr von und zu Guttenberg.

Voss’s final aircraft was the Fokker Dr.1 Triplane. Because he was ostracized, he went out alone. He KNEW his luck would run out, but since he couldn’t really get backup, he didn’t care. 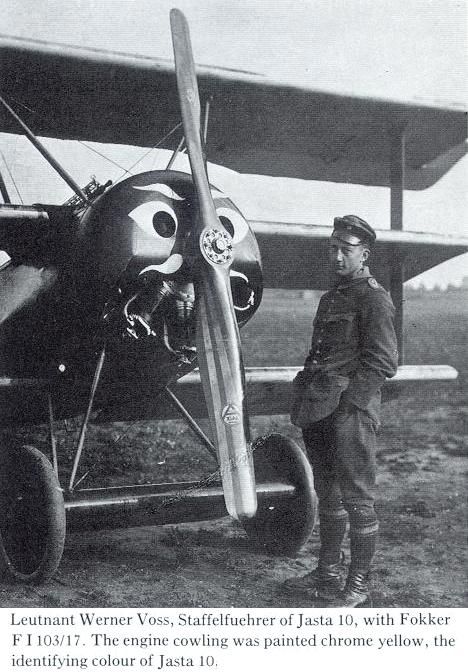 His final fight took place on September 23, 2017. He was jumped by SEVEN British S.E. 5a fighters, VASTLY superior aircraft. 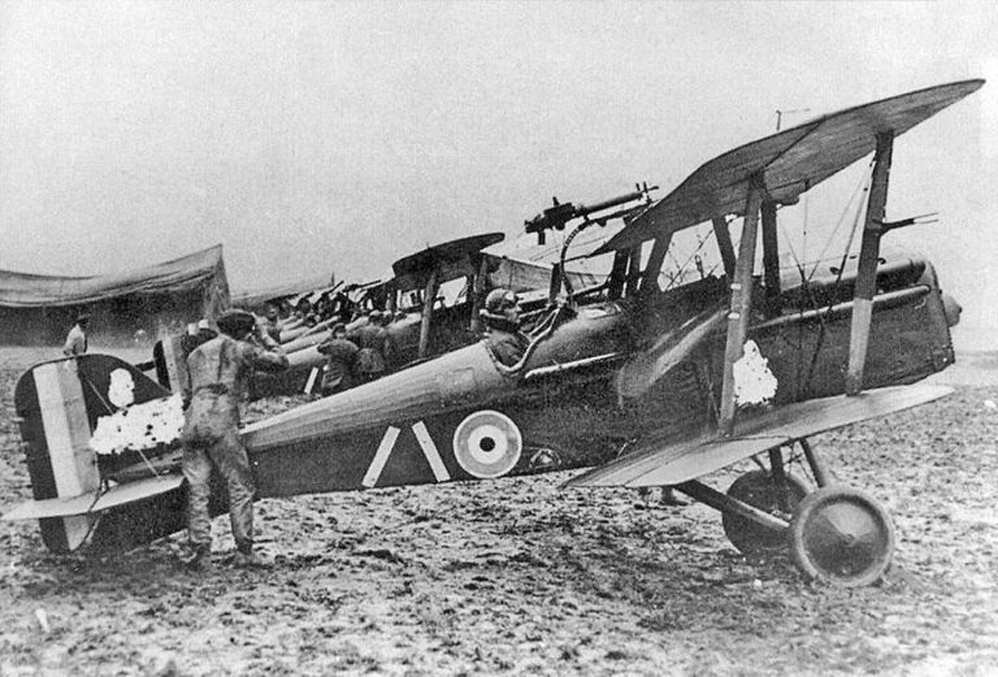 Among the seven British pilots were the Royal Flying Corps’s FIVE HIGHEST-SCORING ACES. Voss didn’t have a chance. But he stayed and fought. The Brits wrote in the after-action reports that Voss did maneuvers that nobody has ever repeated.

When an aircraft got on his tail, he did a FLAT SPIN and flew tail first so he could fire at his pursuer. Got that? Voss’s aircraft suddenly spun around and continued flying forward while facing backward.

He spun his aircraft on three different axes so that he could fire at ALL SEVEN AIRCRAFT. He HIT all seven, damaging two so severely that they dropped out, limped home, and never flew again. Basically he made his aircraft do THIS. WHILE FIRING ACCURATELY. 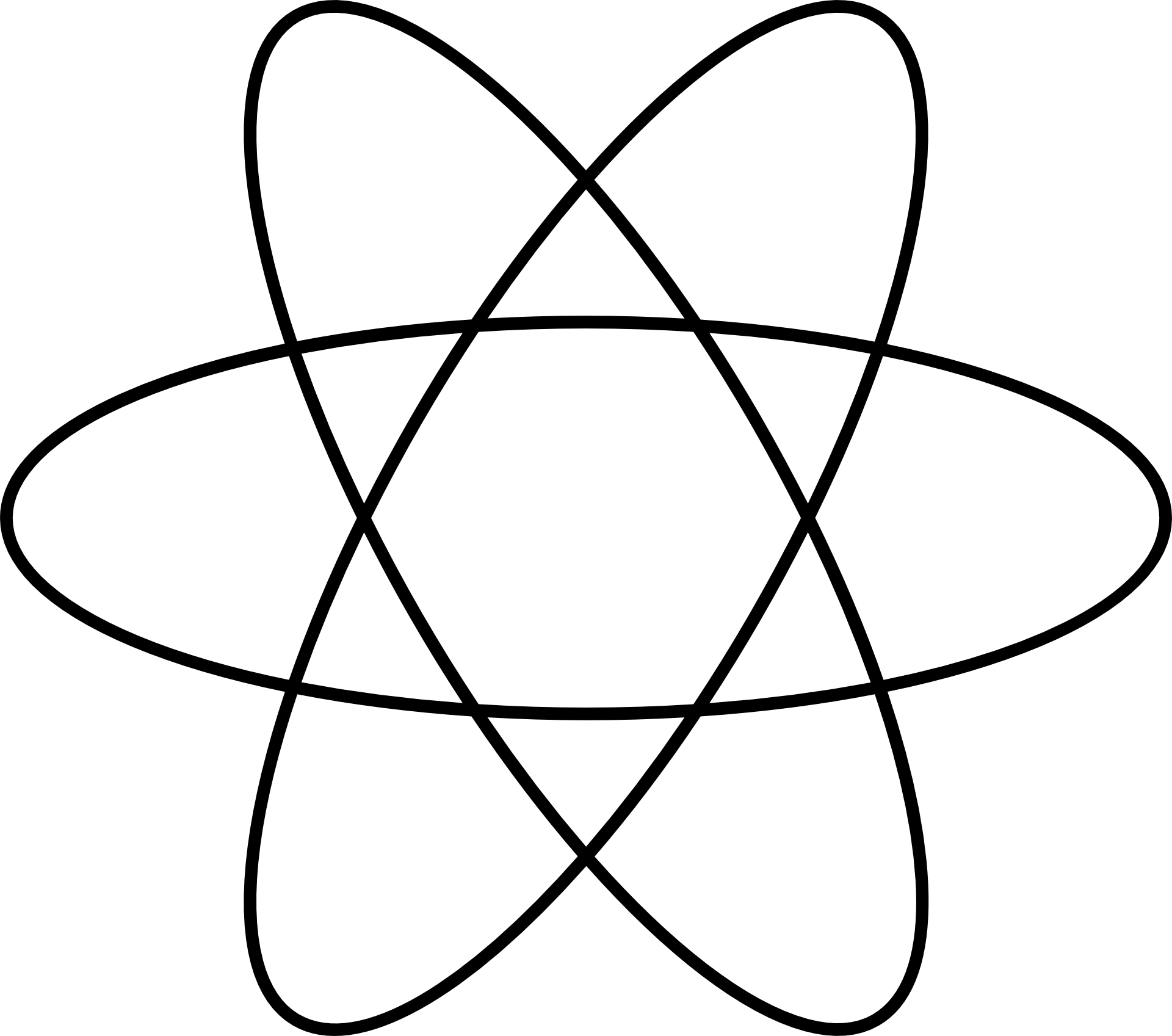 Eventually the continuous storm of British fire hit Voss, and he leveled out, waiting. Arthur Rhys-Davids put a massive burst all the way down the side of Voss’s aircraft. Voss continued flying straight, and Rhys-Davids gave him another massive burst, stopping Voss’s engine.

Voss nosed over and went into the ground. His body was found by the British the next day. He’d been hit by three bullets and had died after he pulled up and flew level. Rhys-Davids was deeply traumatized by killing Voss. He was unable to speak for hours and got blind drunk.

When he finally emerged, he didn’t want congratulations. “If only I could’ve brought him down alive,” he said. The British buried Voss in a marked grave, but it was lost in subsequent battles.

Now, Voss chose his end. He knew what he was getting into.

But I couldn’t have killed him. I know that my duty required me to, but I simply couldn’t do it. Which is why I never went into the armed forces. Here’s a poem I want you to remember. 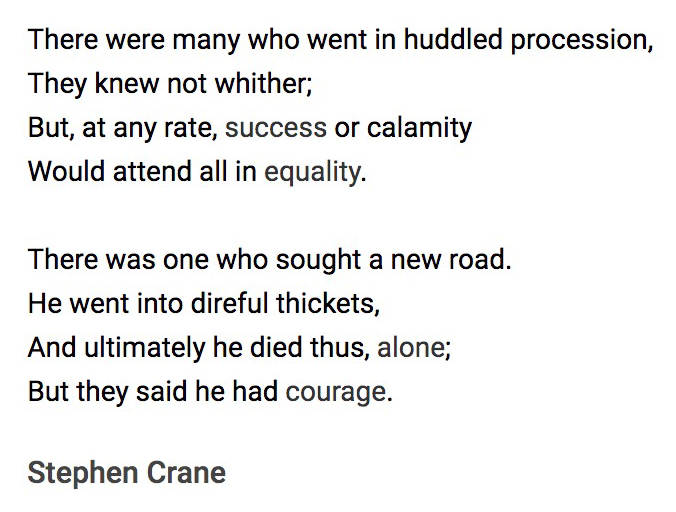 Be like Werner Voss and Trump. Always have courage.

At some point, we meet our maker. But it’s fine. Nothing to fear about it. All is well.