There is an interesting chiastic structure in the last half of the chapter: 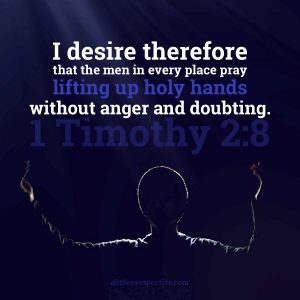 There are some passages of Scripture that get everyone up in arms, and boy this is one of them. I can’t think of a single one of my believing friends who would agree with me if I were to say, Let’s obey Scripture: women keep silent in church!

This is my understanding of this passage, based on the history and culture of the Gentiles at that time that Paul lived. Now the pagan world of the Gentiles was depraved in a way that we can hardly conceive of. Immorality of the worst kind was the norm for society. Ancient paganism revered a female deity as the mother of life, and a type of feminism was prevalent throughout society as a result. The norm for women, especially free women, was promiscuity, immodesty, brash and brassy, and elevated in their view of their own importance. Divorce was so common, that it was normal for a woman to have had a string of husbands and always looking for the next one.

The cultural divide between the pagan Gentile society and the Judean Hebrew (biblical) society was so huge as to be on completely opposite ends of the spectrum. Gentile women, once Christ entered the heart, embarked on typically a long journey of transformation to even get to the starting place of the cultural norm for a Hebrew woman. Paul cut through the agonizing swath of problems he had dealt with again and again in church after church, by delivering these ground rules to Timothy – no exceptions.

As for the hot button issue of men in authority over women, as in 1 Tim 2:13-15, Paul is saying that the unfallen Eve was deceived by the serpent. She was misled. He seems to imply that it was by virtue of her uniquely feminine qualities that left her susceptible … 1 Cor 13:7 says that love believes all things, and a woman typically is endowed with the traits of love, mercy, and compassion, which she needs to successfully raise children.

So, he is saying, her prevalent characteristic of compassion weakens her ability to be skeptical, and that in turn left her open to deception by the serpent. Therefore, Paul says, he does not allow a woman to teach or be in authority over men, to guard against the entrance of deception into the church.

As for the reference to childbearing, again in pagan society, abortion was even more common than it is today. Paul is encouraging the Gentile women to embrace their unique gifts as women (childbearing/ rearing), and to allow the men to embrace their unique gifts as men (provision/ protection/ leadership), to align themselves with Torah, the foundation of all Scripture, and to proceed from there.

Women, let me ask you: is this offensive to you? If it is, why is it? What is the spirit that seeks to promote itself and exalt itself over others? What is the spirit that seeks to be heard at the expense of others? Is it the still small voice of the meek and lowly Holy Spirit? Isn’t the pattern of humility, submission, and self- sacrificial service, the pattern set for us by our Lord and Savior Jesus Christ (Phil 2:5-8)?

For the Lord your God is gracious and merciful, an

May Yehovah give you increase more and more, you a

The 12th month #NewMoon is expected TONIGHT! Get o