You are here: Home / Bible Study / bibliology / the autographs of scripture, part one 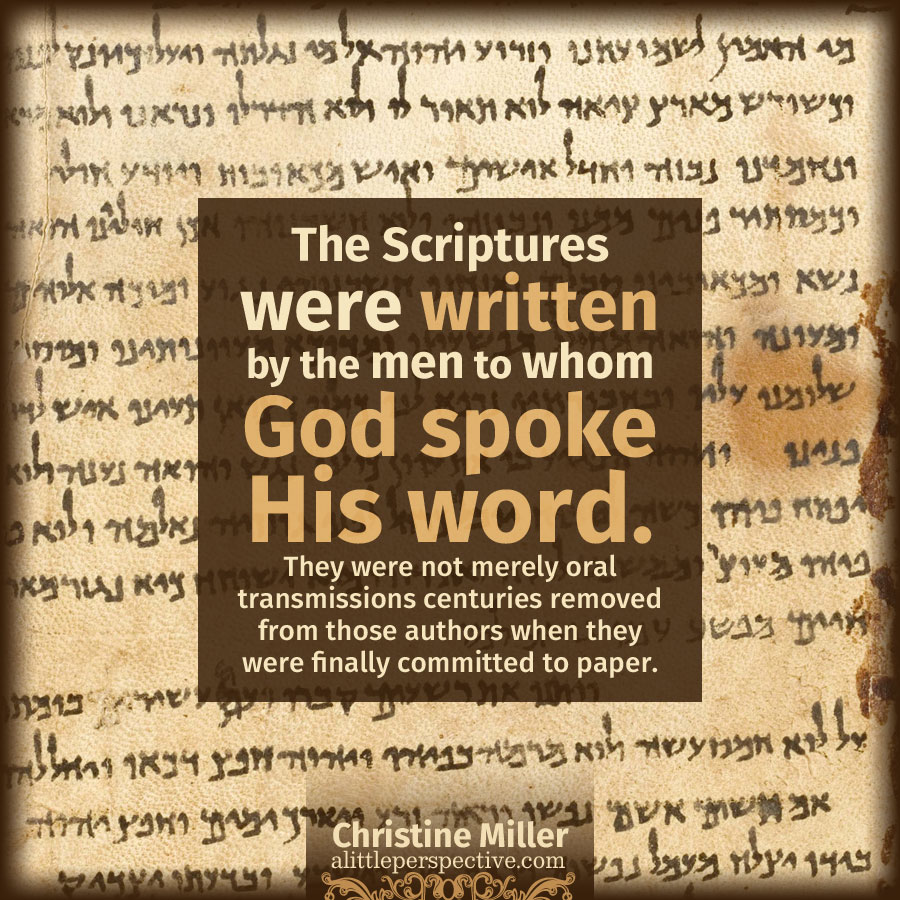 An autograph is something written in one’s own hand, according to Webster’s – an original, and not a copy. The autographs of the Scripture are those written texts made by the authors themselves. Yes, the Scriptures were written by the men to whom God spoke His word. They were not merely oral transmissions centuries removed from those authors when they were finally committed to paper (or papyri, as the case may be.)

That the patriarchs of Genesis wrote the accounts of their family history, passed down from father to son and added to in successive generations, is evident from the toledoth recorded in Genesis. Toledoth is Strong’s H8435, a noun meaning, “origin, family history;” from the primitive verbal root yalad, “to beget or bear young.” The toledoth of Genesis occurs in:

…Ancient Middle East records were produced on clay tablets, using a metal or wood stylus which made wedge-shaped indentations on the damp clay during production. The tablets were then either sun-dried or baked for permanent storage. … Wiseman points out … the actual textual form of the tablets. The characteristic format is that: 1) The record begins straight away, without a heading as title, though in fact a tablet may be referred to by its opening words; 2) Each tablet ends with a toledoth statement, referring to what has been written above; … 3) A name in the toledoth statement refers either to the writer or to the owner of the tablet. It must also be true that everything recorded on a tablet must have been known by the writer or owner. Thus the information in each segment of Genesis should represent conditions that ended before the death of the person named in the record.

Thus the toledoth marked the concluding line or signature line of that record or series of records, so that Gen 1:1-2:4 was set down by the Creator of the heavens and the earth; Gen 2:5-5:1 was set down by Adam; Gen 5:2-6:9 was set down by Noah and so forth. The toledoth also served to link the clay tablets in a series, so that the correct chronological order is maintained.

Please also notice the use of the word “book,” that is, cepher, to refer to Adam’s record of family history from Gen 2:5 to 5:1. Cepher is Strong’s H5612, a noun meaning “writing, document, book;” from the primitive verbal root caphar, “to recount; relate.” As Adam wrote a book, it follows that all his descendants certainly had that ability as well.

Summary: The autographs of Genesis were written records compiled by the persons who lived through the events recorded, and not of later composition.