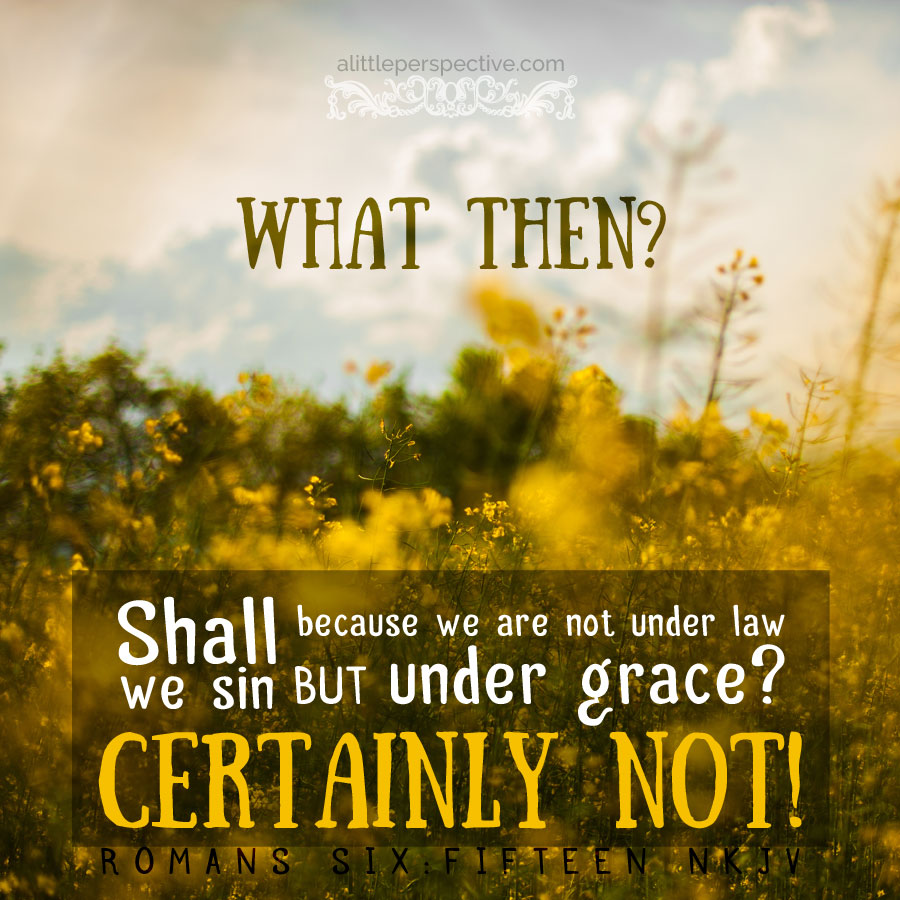 1a) Rom 6:5, We are united with Christ in the likeness of His death and resurrection;

1b) Rom 6:6, The body of sin has been done away with that we should no longer be slaves of it;

central axis) Rom 6:9-10, “…knowing that Christ, having been raised from the dead, dies no more. Death no longer has dominion over Him. For the death that He died, He died to sin once for all; but the life that He lives, He lives to God;”

2c) Rom 6:11, Reckon yourselves to be dead to sin but alive to God in Christ Jesus our Lord;

2a) Rom 6:13, Therefore do not be instruments of sin but of righteousness.

2b) Rom 6:20-22, Slavery to sin bears the fruit of death /now slaves of God bearing fruit of holiness to life;

“For he who has died has been freed from sin. … For sin shall not have dominion over you, for you are not under law but under grace. What then? Shall we sin because we are not under law but under grace? Certainly not! Do you not know that to whom you present yourselves slaves to obey, you are that one’s slaves whom you obey, whether of sin leading to death, or of obedience leading to righteousness?” Rom 6:7, 14-16

What does it mean to be “under law” and “under grace”? We need to understand this, because sin does not have dominion over us, because we are under grace. Paul is talking about dominion. Go back through chapters 5 and 6 and see how many times Paul talks about dominion:

“Dominion” means in Greek, to be lord of, to rule over, to have dominion over. Dominion, according to Webster’s, means supreme authority or absolute ownership. Where there is dominion, there is something over and something under. When we are under law, though, it is not law that has dominion over us, but sin (Rom 5:21, 6:12, 14) and death (Rom 5:14, 17, 6:9).

So then what benefit is the written Torah? I think it is simply, to instruct our minds, which have not been reborn. (The Hebrew meaning of the word torah, by the way, is not law but instruction or teaching.) We need to learn what God considers righteous behavior, not so that we can conform to it to earn our justification and salvation, but so that we can conform to it because we love our Father and it is the longing of our heart to please Him and conform our actions to His nature!

Jesus said, “Man shall not live by bread alone, but by every word which proceeds from the mouth of God.” (Mat 4:4) “Every word” includes Torah- according to Jesus, every word of God including Torah is life- giving! It is only when we try to establish our own righteousness by Torah observance (to be “under law” instead of “under grace”) that the fruit of sin and death is produced.

romans 6, shall we continue in sin?
What is “Under the Law?” (scroll down) — Brad Scott, my favorite Hebrew teacher