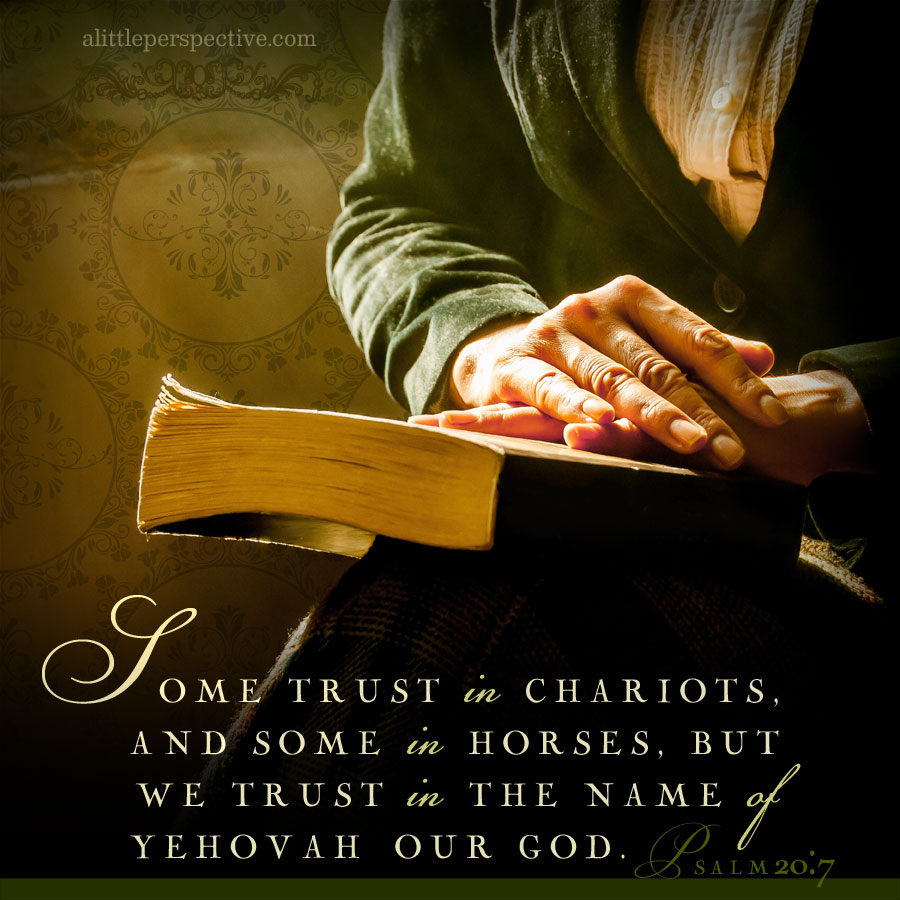 May YHVH answer you in the day of trouble;
May the name of the God of Jacob defend you; Psa 20:1

The story: To eye (ayin) continually (nun) while revealing (hey) what is known. When someone is answering with a true report, they look you straightforwardly in the eye, but if they are trying to hide something, as a falsehood, they tend to hide their eyes. This word is most often used of solemn declarations, as when YHVH makes a decree, a judge hands down a sentence, or a witness testifies in court.

TO DEFEND is Strong’s H7682, שגב shagab, a primitive root meaning, “to be inaccessibly high.” The 3-letter root is shin + gimel + bet. However, according to the Ancient Hebrew Lexicon, the shin was transposed from an original sin.

The story: To be protected (sin) as upon the archway (gimel, from the arch of the foot) of the house (bet), that is, to be set upon the highest elevation of the house, a metaphor for inaccessibility.

May He grant you according to your heart’s desire,
And fulfill all your purpose.
We will rejoice in your salvation,
And in the name of our God we will set up our banners!
May YHVH fulfill all your petitions. Psa 20:4-5

God chose to use two seeds surrounding the mark, to mean, “to give.” The first time the seed appears in Scripture, God has, on the third day of creation, given the seed to the earth, hidden in the ground, so that it will grow and produce fruit, which contains seed within itself also.

Giving is like planting a seed, and there is the meaning of the Hebrew. Giving (nun, the seed) is marked by (tav) , that is, like, planting a seed (nun). What you give will grow and produce fruit; and not just any fruit, but fruit of the same kind as the seed. When the fruit is produced, we take the seed within it, and plant it, that is, give it, again.

The story is of chaos (mem) brought into order (lamed) by leadership (aleph). So cognate words from this root include speaking a word, as individual words are brought into order to convey a message by strength of mind or will; branch, as they individually branch out in order from the tree through the agency of a strong root; firstfruits, as individual fruits are combined to convey the strongest of the harvest, and Lord, as one who is full of authority. So the sense of filling the earth is of bringing the earth’s chaos into order by increasing or becoming stronger, in it.

The ayin + tsadey partial denotes a tree, as that which shades (ayin) a trail (tsadey); thus it also can mean firmness, sureness, as a tree stands firmly in its place. The story: To grasp (yud, as a hand closes upon something it grasps) surely and firmly  (ayin + tsadey). Sound counsel which advises the sure way forward.

The story: To press upon (shin) him who has the ability (aleph) and the authority (lamed) to answer favorably.

I was thinking of YHVH who fulfills both our purpose and our petition. Did you see that our heart’s desire lines up with our ordained purpose? So we have a purpose for our life, instilled in us by YHVH, which He fulfills. And related to our purpose, is our petitions, or things we ask of Him who has both the ability and the authority to respond favorably, which He also fulfills.

They are brought down and fallen;
But we have risen and stand upright. Psa 20:8

The story: The bent (kaph, at the knee implied) man (resh) with his eye (ayin) looking down.

The definition appears to refer to its use as a root of Nephilim,

1 And it came to pass, when men began to multiply on the face of the earth, and daughters were born to them, 2 that the sons of God (bene-ha’elohiym) saw that the daughters of men were fair; and they took wives for themselves, whoever they chose. 3 And YHVH said: My Spirit shall not abide in man forever, for he is flesh; therefore his days shall be one hundred and twenty years. 4 The giants (nephilim) were in the earth in those days, and also after that, when the sons of God (bene-ha’elohiym) came in to the daughters of men, and they bore children to them; the same were the mighty men that were of old, the men of renown. Gen 6:1-4

where sons of rulers or sons of judges (bene-ha’elohiym) begot children by the daughters of men – which they had attacked or fallen upon, taking them by force – who became the mighty men of renown, the nephilim.

The related words will help us find the story. The verb is “to arise,” and the concrete noun is a standing grain stalk. Other nouns from this root are a stand, a height, or a decree as a standing word. A stalk or a plant arises and stands up when it gathers (quph, as light leaves the earth and sky to be gathered to the sun when it is on the horizon) to itself (vav, in the context of adding) water (mem) drawn up from the root.