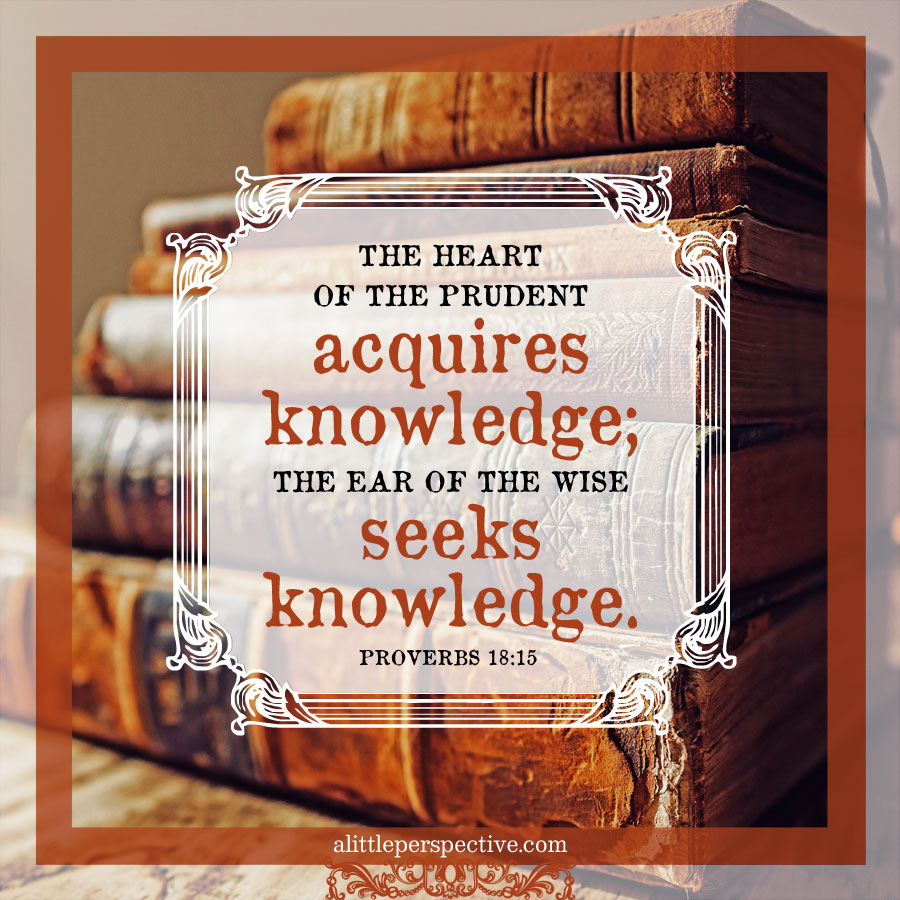 Read Proverbs 18 and 19 at Bible Gateway.

We are far enough into Proverbs now to examine the ancient Hebrew pictographs for one of the main topics of Proverbs: the foolish contrasted with the wise. While in English there is one word to describe a fool, in Proverbs, five separate Hebrew words are used, which describes a progression of foolishness from simple to depraved.

1) “Simple.” Strong’s H6612, from the root H6601, pathah, פָּתָה, pey + tav + hey. The pey was originally the pictograph for the open mouth; the tav for crossed sticks (cross, sign, mark, signal); the hey for the man with hands upraised in wonder, declaration, or worship. The primitive verb root pey + tav is the Hebrew word for intercourse, as the woman’s “open mouth” receives the man’s “post” (the cross is a post with a horizontal bar added). So to be simple is to receive into the open mind whatever comes before it as a revelation, a wonder; it is to be naive, gullible.  (It is wisdom to have a guarded mind). This is the natural state of all children by virtue of their age. It is a gift from God to parents, that children are born this way, because children naturally receive whatever their parents teach them, good or bad, learning by their example as well as by their words.

The simple H6612 believes every word: but the prudent man looks well to his way. Pro 14:15

In the Hebraic way of doing things, a child at age 13 becomes a son (or daughter) of the commandment (bar or bat mitzvah); Yeshua, however, by the time He was 12, had wisdom which astounded the teachers in the Temple.

So we can see that one of the most important tasks God has entrusted to parents, is to guide their children, to help them respond to the call of wisdom, rather than to the call of folly.

The entrance of Your words gives light; it gives understanding to the simple. H6612 Psa 119:130

The proverbs of Solomon the son of David, king of Israel: To know wisdom and instruction, to perceive the words of understanding, to receive the instruction of wisdom, justice, judgment, and equity; to give prudence to the simple, H6612 to the young man knowledge and discretion. Pro 1:1-4

This is why the LORD commands parents:

“And these words which I command you today shall be in your heart. You shall teach them diligently to your children, and shall talk of them when you sit in your house, when you walk by the way, when you lie down, and when you rise up. You shall bind them as a sign on your hand, and they shall be as frontlets between your eyes. You shall write them on the doorposts of your house and on your gates. Deu 6:6-9

The simple are corrected by a combination of verbal instruction and corporal discipline for willful rebellion (not mere childishness). If a child has not been turned from foolishness by the time he is 12 or 13, he is in danger of becoming the next, more destructive fool that Proverbs describes:

2) “Fool.” Strong’s H191, eviyl, אֱוִיל fool, foolish. Many English words come from Hebrew roots, as Hebrew is the mother tongue from which all the tongues were divided at Babel. I believe our English word “evil” comes from this Hebrew word for fool. The root is אֱוִל, lamed + vav + aleph. The  lamed was originally the pictograph for a shepherd’s staff, meaning, to guide, teach, or control. The vav was the tent peg, so to join, hook;  the aleph was the ox head, so also strength or power. So I believe the story the ancient pictographs are painting of this fool is one controlled (lamed) by power (pride, aleph):

The fear of the LORD is the beginning of knowledge: but fools H191 despise wisdom and instruction. Pro 1:7

Pride goes before destruction, And a haughty spirit before a fall. Pro 16:18

Before destruction the heart of a man is haughty, And before honor is humility. Pro 18:12

When the proud heart is brought low, the public humiliation (stocks were a tool of public humiliation) brings correction. In other words, parents must let their teens suffer the consequences of their foolishness, as it is the only thing that will correct them so that they turn from folly and gain wisdom. (Parents, suffering consequences will bring its own public humiliation. The only thing that parents accomplish by purposefully humiliating their children publicly, is establishing the root of rebellion even more firmly. It severs their heart from yours, something one would not wish on their worst enemy.) Parents who do not let their teen children, who are proud- talking fools (not simple fools), suffer the consequences of their foolishness, are not acting in love toward them!