You are here: Home / Bible Study / applied word / peace to near and far 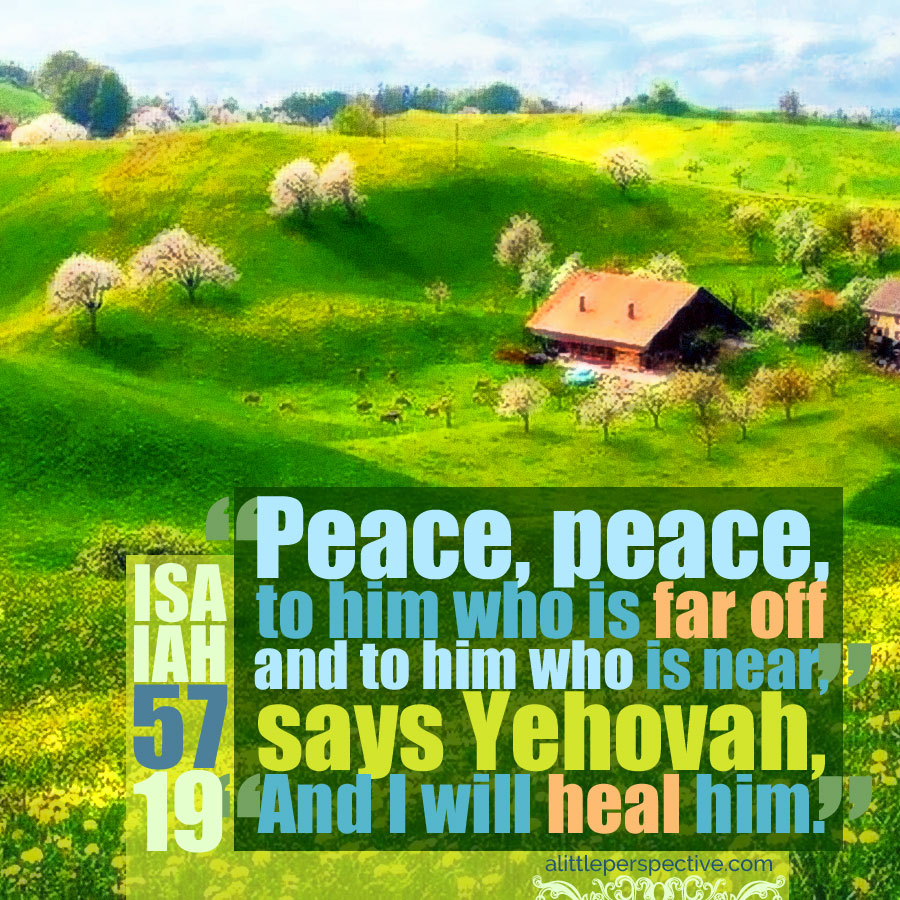 What does peace, or more correctly, shalom – not a direct equivalent for the English concept of peace – have to do with healing?

It is interesting to me that the meaning of the Hebrew word shalom, usually translated “peace,” as it is in Gen 41:16 and the examples we have been looking at, means something greater under its surface. Its Hebrew root is shin + lamed + mem, meaning to be made whole or complete. The ancient pictograph for shalom was originally the sin + lamed + mem: the thorn + the shepherd’s staff + the water. The shepherd used his staff to draw the sheep out of the thorn bushes if they had gotten their wool caught in them. He took away thorns from them that had been added to them, which hindered them. But he also used his staff to draw thorn bushes around the sheep enclosure at night, to protect his flock from predators. He added thorns to them which were lacking, which were necessary to secure their safety or wholeness. Shalom means to be made whole or complete, by adding what is lacking, and by taking away what is not supposed to be there, which is hindering (see an answer of peace).

The close connection of shalom with healing, is that to be healed is to be made whole or complete, the way God designed and intended His creation to be.

Complete: having all necessary parts, not lacking anything, – Webster’s

Even with those physical conditions which have no ties to spiritual or emotional unsoundness, can it not be said that they are either a result of something which has been added to us, which is not supposed to be there, which is now hindering us (such as toxic overload, candida overgrowth, parasitical, viral, or bacterial infection, chronic inflammation, etc.) or a result of something necessary to us which has been diminished, crippled, or taken away (such as nutritional deficiencies, genetic mutations, injuries, and the like)?

When God says, The chastisement for our shalom was upon Him, by His stripes we are healed, is He not saying that just as the crucifixion of Messiah Yeshua provided for our salvation, His crucifixion likewise provided for our emotional and physical healing? One cannot be complete (in shalom) unless there is no lack in any of the necessary parts, spirit, soul, and body.

« of the education of children
seven days of detox dinner ideas »