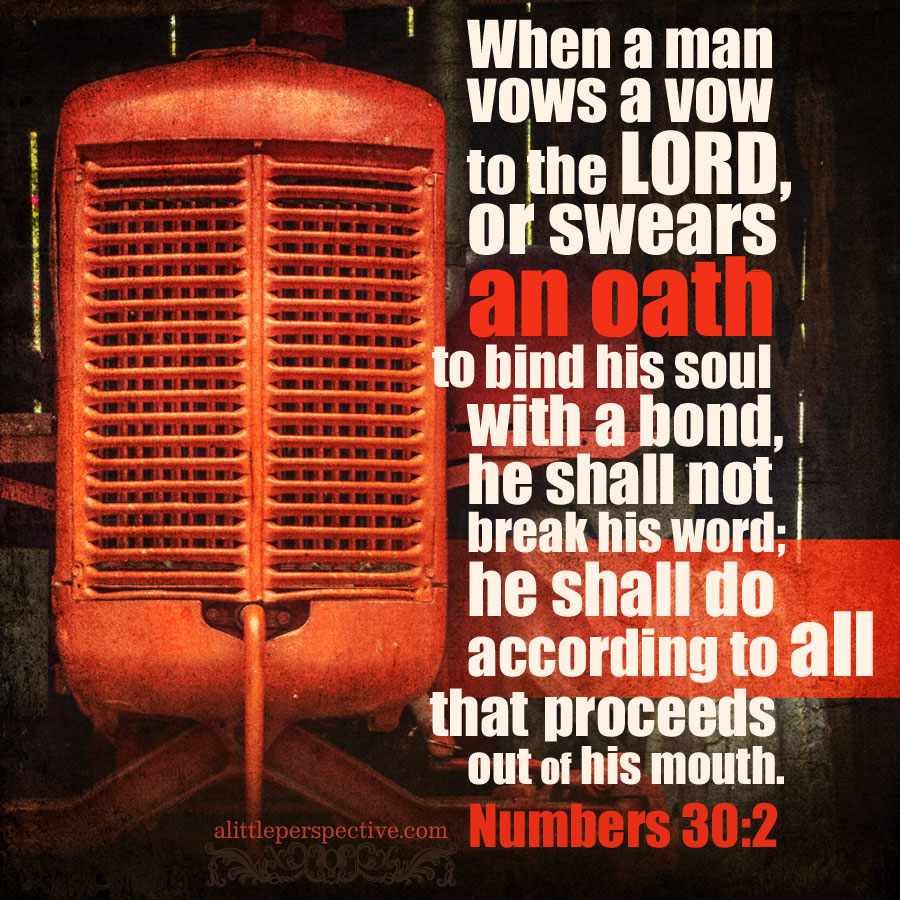 Read Numbers 29 and 30 at Bible Gateway.

If someone were to count all the bulls that are offered as a burnt offering through the week of Tabernacles, the number would be 70 bulls. We have seen that number before! Noah had 70 grandsons and great- grandsons who became the seeds of the nations (Gen 10, count the names of his grandsons and great-grandsons, there are 70; “These were the families of the sons of Noah, according to their generations, in their nations; and from these the nations were divided on the earth after the flood.” Gen 10:32). Thus there were 70 nations who rebelled against God at Babel (Gen 11:1-9).

And the sons of Joseph who were born to him in Egypt were two persons. All the persons of the house of Jacob who went to Egypt were seventy. Gen 46:27

Then they came to Elim, where there were twelve wells of water and seventy palm trees; so they camped there by the waters. Exo 15:27

Each of Israel’s harvest festivals are prophetic. Jesus compares the harvest, for example, to the harvest of souls waiting to brought into the kingdom:

After these things the Lord appointed seventy others also, and sent them two by two before His face into every city and place where He Himself was about to go. Then He said to them, “The harvest truly is great, but the laborers are few; therefore pray the Lord of the harvest to send out laborers into His harvest.” Luk 10:1-2

Jesus sent out 70 disciples (hmmm, 70 … not a coincidence) to go before Him preaching the kingdom of heaven and healing the sick, and His first instruction to these 70 is about them being sent out as laborers into the Father’s harvest of souls. In fact do a search in the Gospels for the word “harvest” and see how often the harvest is linked to the end of the age!

The Feast of Tabernacles is the feast associated with the end of the age and the return of the Lord Jesus as a Bridegroom for His bride, who will be gathered from every nation (Rev 7:9-10). That is, every one of the 70 nations who originally rebelled. Israel was seventy persons who went down to Egypt, because the one nation of Israel was called out of the seventy, in order to bless the seventy (Gen 12:1-3). There were 12 wells of water feeding 70 palm trees at Elim, because the 12 tribes of Israel are the source of blessing for the 70 nations. Israel is to offer 70 bulls for the 70 nations, for Israel is the “intercessor” nation, the priestly nation, who fulfills for the nations the same duty that Aaron and his family fulfilled for the congregation of Israel – even though the nations were as yet unaware of God, until someone who is sent to them, as Jesus sent out His disciples, reveals Him to them.

And the single bull on the eighth day? God is making all who are His, one in Him, as He is one, who will dwell with Him for eternity, beginning in the eighth millenium, where time without end begins.