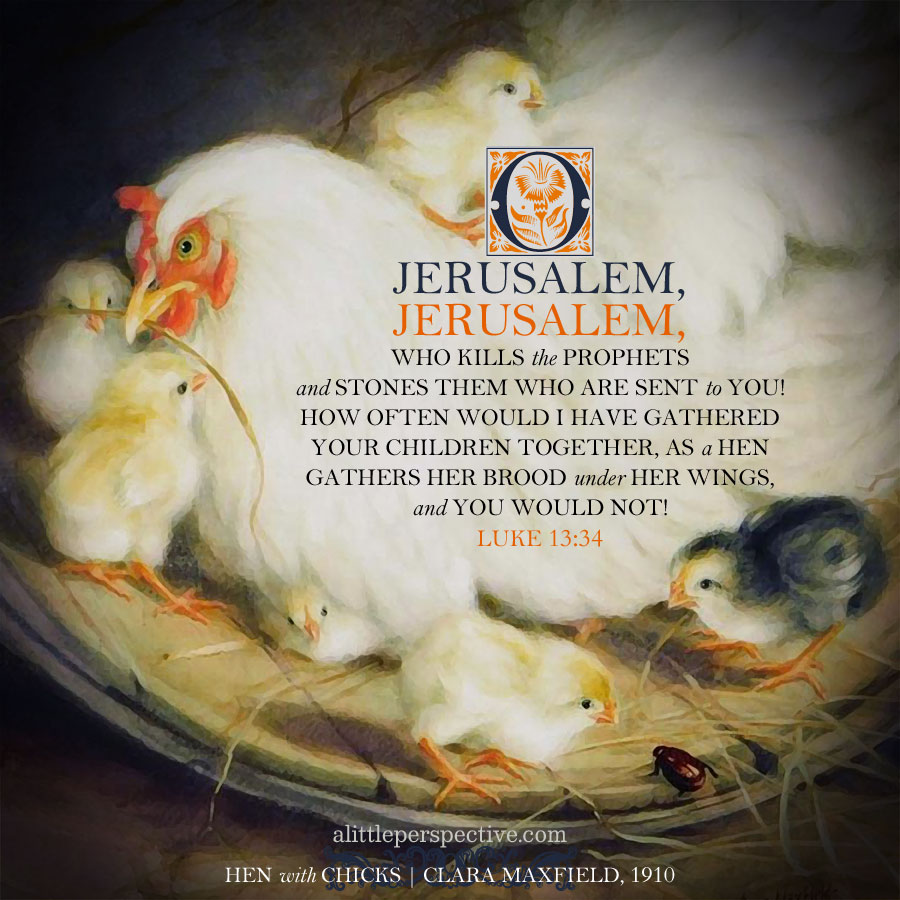 1a) Luk 13:1, Pilate who had mingled the blood of Galileans with their sacrifices;

1b) Luk 13:2-5, They were not worse sinners than the rest, but unless you repent, you will likewise perish;

central axis) Luk 13:14, The ruler of the synagogue answered with indignation, because Jesus had healed on the Sabbath; and he said to the crowd, “There are six days on which men ought to work; therefore come and be healed on them, and not on the Sabbath day;”

2d) Luk 13:15-17, It is lawful to be freed from Satan’s bondage on the Sabbath + the multitude rejoiced in His glorious works;

B pair: Repentance is the key to salvation, not membership in the right club.

C pair: In the parable of the fig tree which did not bear fruit, we do not know the end of the story. We don’t know if in the fourth year the fig tree bore fruit or not. We just know the landowner and gardener waited for the fig tree to bear fruit, while they cared for it and fertilized it. In this parable, the fig tree may very well have been saved, but there is a delay of time before it becomes apparent by its fruit.

In the parable of the mustard seed and the leaven, the seed of faith (which is the seed that bears fruit) is hidden at first, and it is not apparent to others that growth is happening. Again, a time delay. The parables seem to be saying, that we will know them by their fruit, but fruit needs time to develop – therefore the LORD is patient with us (and with others).

That the central axis is the ruler of the synagogue’s rebuke of Jesus underscores this chapter’s message: things are not always what they seem.

He was the religious professional, but his rebuke was wrong, and his doctrine about the Sabbath was wrong. You would think he would have it right. But doing good, releasing from the enemy’s bondage, and setting free, are all worthy works for the Sabbath day of rest. Jesus was in the synagogue on the Sabbath day, after all, and not out in the field or in the carpentry shop working His job.