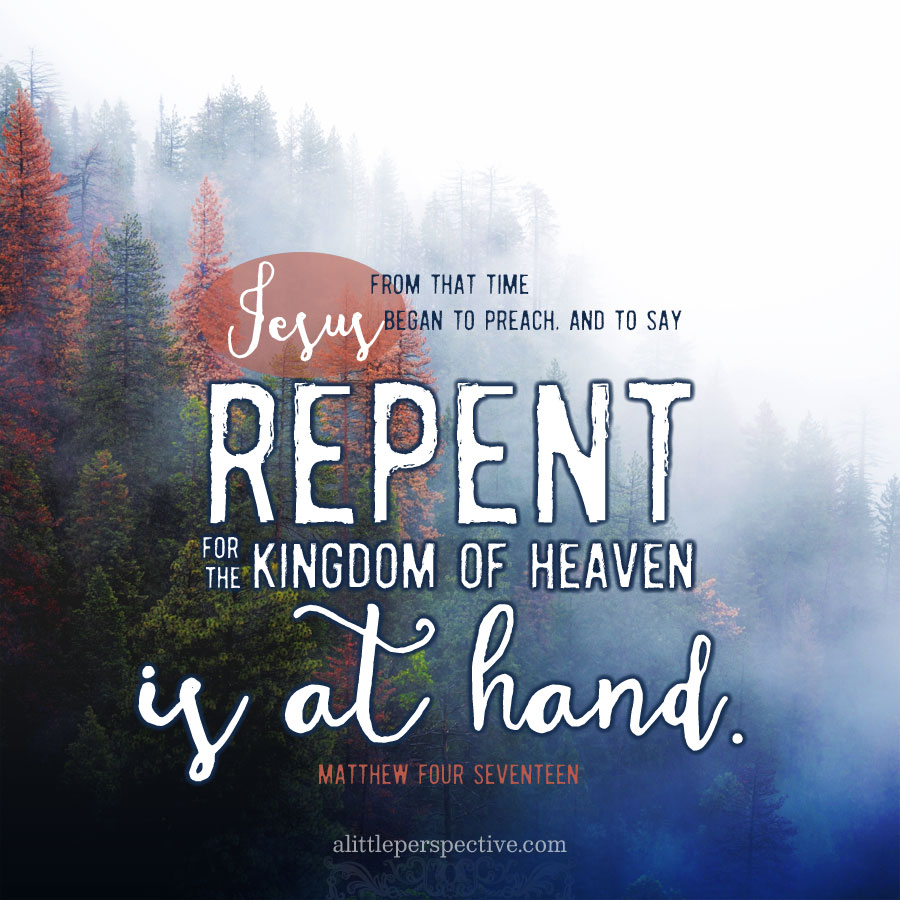 Today’s Old Testament chronological reading is in Genesis 11 and 12.

The Psalms/ Proverbs reading is in Psalm 6.

The New Testament reading is in Matthew 4.

Now when Jesus heard that John was delivered up, he withdrew into Galilee. Leaving Nazareth, he came and lived in Capernaum, which is by the sea, in the region of Zebulun and Naphtali, that it might be fulfilled which was spoken through Isaiah the prophet, saying,

“The land of Zebulun and the land of Naphtali,
toward the sea, beyond the Jordan,
Galilee of the Gentiles,
the people who sat in darkness saw a great light;
to those who sat in the region and shadow of death,
to them light has dawned.” (Isaiah 9:1-2)

Why is the land of Zebulun and Naphtali called Galilee of the Gentiles? Why wasn’t it known as an Israelite region, but instead a Gentile region? Gesenius’ Hebrew Lexicon says of Galilee,

Circuit, region, especially Isa 8:23, the circuit [Galilee] of the Gentiles. … [In] 1 Kin 9:11 [it] is the name of a region with twenty cities, although small ones, in the tribe of Naphtali, around the city Kedesh, inhabited by Gentiles, namely the neighboring Phoenicians.

[Galilee is] A territory in Naphtali largely occupied by heathen; a circuit of towns around Kedesh-Naphtali, in which were situated the twenty towns given by Solomon to Hiram king of Tyre as payment for his work in conveying timber from Lebanon to Jerusalem.

The original Israelites from the tribes of Naphtali and Zebulun were removed, and the peoples of the (Gentile) nations gradually moved in to replace them. As well, when the Jews returned to their land from the Babylonian captivity, some of them settled the Galilee too. So it was, in the time of Yeshua, that the land was mixed, Gentiles and Jews, but it seems the majority Gentiles, so that the prophecy termed them the people sitting in darkness.

As to the word “Gentile” as it is found in Scripture, Gesenius says:

The word is general, and used of the nations at large, and also of the Israelites, e.g., Isa 1:4 [and others]. In plural, however, Gentiles is specially used of the other nations besides Israel, often with the added notion of being foes and barbarians, etc. or of being profane persons, strangers to the true religion, as in “the circle of the Gentiles,” i.e., Galilee of the Gentiles; “isles of the Gentiles.” … Sometimes Gentiles very nearly approaches to the nature of a proper noun [as in] Josh. 12:23, “king of the Gentiles at Gilgal.” For Gentiles seem there, as in Galilee, to have afterwards settled amongst the Hebrews.

What I find particularly fascinating about today’s study, is that the pivotal event in history, when the nations knew God, but determined to reject Him as God, thus plunging themselves into darkness, was the Tower of Babel rebellion. The verbal root of babel denotes a mixture, just as the Galilee was a mixture of Gentiles and Jews. Isaiah prophesied of Messiah that He would bring light to the Gentiles, and Yeshua began His first preaching, teaching, and healing ministry there. Every nation rejected God at Babel, but because of Messiah Yeshua, every nation will be found to be worshiping Him at His throne (Rev 7:9-10)! 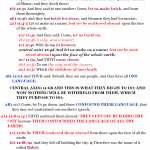 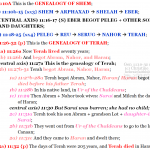 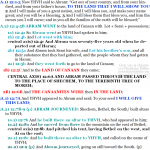 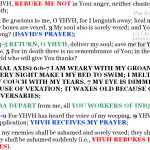 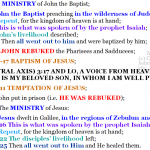