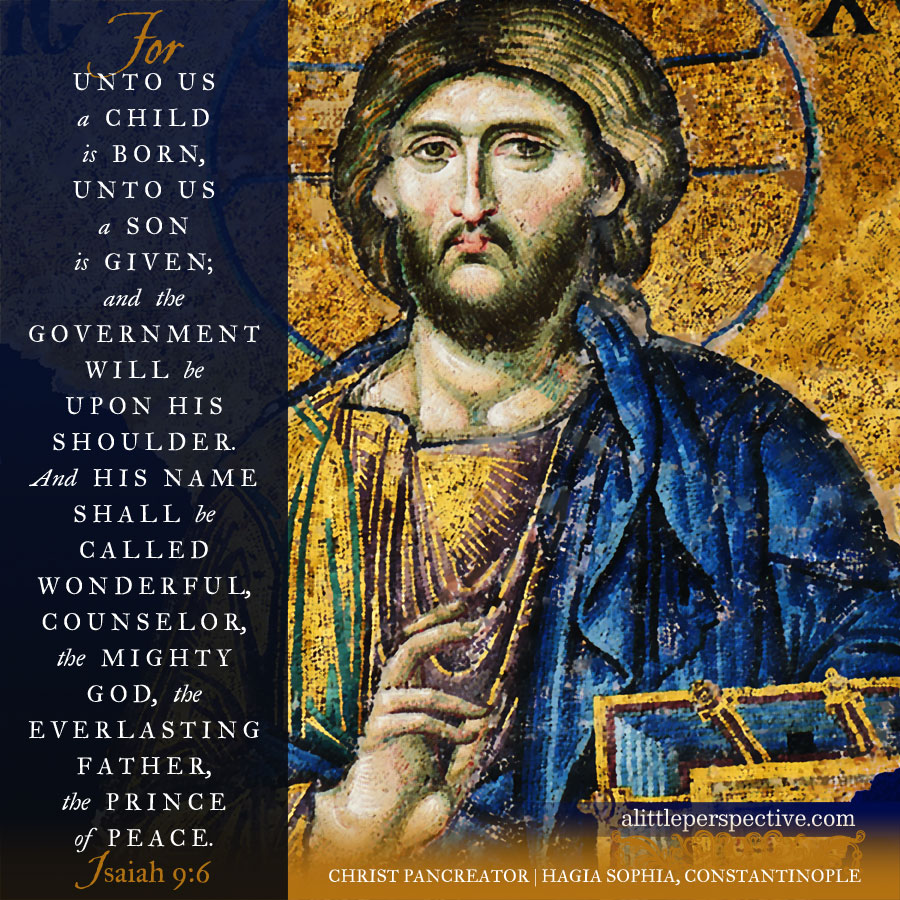 Read Isaiah 9 and 10 at Bible Gateway.

central axis) Isa 8:3a {s} The prophetess conceived a bore a son;

We learned yesterday that Israel and Syria had joined together to end the rule of the house of David in Judah, and to put their own puppet on the throne, who would do their bidding. Isaiah prophesied that not only would this not happen, but as the LORD’s sign that the house of David would endure, Immanuel, born of a virgin, would come — the Promised Seed, who is the heir of the house of David.

The children that the LORD gave Isaiah, then, were signs for that generation mirroring the sign of Immanuel. This is why the snip about Isaiah’s wife, the prophetess, conceiving and bearing a son, is the central axis of the prophecy. The bookends concern the Messiah.

Now, the B pair. Israel rejected the Torah of YHVH, and refused to walk in its commandments and statutes. But the Torah is not just some arbitrary or outdated list of regulations. From the heart of God, the Spirit breathed out the Word of God, which is encoded in His Law — the Law of Love God, and Love Your Neighbor. So when the people rejected the Law of God, to refuse to live by it, they were essentially rejecting God’s heart of love. They were blind to this fact, however, for they trampled His court with sacrifices for sin, so they could go out and sin again.

The Child to be born is the remedy for this state of affairs. He is the Living Law, the Word of God made flesh, who came and lived out Love God, and Love Your Neighbor. He taught truth with gentleness (except when facing Pharisees and scribes, blind guides); He healed the sick and freed all those oppressed by the devil. His ultimate sacrifice for sin is God’s ultimate expression of Love for His people.

Just as Samaria and Damascus threatened Judah, so today the nations threaten God’s people. But just as Judah did not need to fear them, but God; so today God’s people do not need to fear them, but God. For just as the first coming of Messiah was promised, as a sign that Judah would outlast Samaria and Damascus, who would be broken (they were and Judah did), so the second coming of Messiah is promised, as a sign that God’s people will outlast the nations who will be broken (they haven’t been yet, but they will and God’s people will).

Now, how interesting that in the 2B pair, as the matching element with the rejection of the Law, is the verse about Immanuel a stumbling stone:

He will be as a sanctuary, but a stone of stumbling and a rock of offense to both the houses of Israel, as a trap and a snare to the inhabitants of Jerusalem. And many among them shall stumble; they shall fall and be broken, be snared and taken. Bind up the testimony, seal the law among My disciples. And I will wait on YHVH, who hides His face from the house of Jacob; and I will hope in Him. Isa 8:14-17

Messiah is the Living Law. He will be a stone of stumbling to both houses of Israel: to the northern kingdom, Israel, with its capital at Samaria, and to the southern kingdom, Judah, with its capital at Jerusalem. The northern kingdom was dispersed among the nations, becoming so integrated with them that they forgot their own identity (however God did not forget). Judah was returned from their captivity, known to history now as the Jews. So when the Scriptures say that both the houses of Israel will stumble over Messiah, prophetically it is saying that both Gentiles and Jews will stumble.

Bind up the testimony, seal the law among My disciples.

The testimony of Yeshua was bound up with the (Gentile) Christians, whose root was the house of Israel, but a stumbling stone to the Jews. The Torah was sealed with the Jews, whose root was the house of Judah, but a stumbling stone to the Christians. Each house was entrusted with a treasure: the Living Word, and the written Word. Each house was blinded to the treasure of the other. But in the day of this prophecy, of the government of the Child, the eyes of both houses will be unblinded. Christians will see the treasure of Torah and Jews will see the treasure of Messiah Yeshua, for this is the wonderful and amazing plan of God.

Therefore the matching element is the rejection of the Torah on the front end, and the stumbling over Messiah Yeshua, on the back end.

(I am indebted to Batya Wootten and her life- changing book, Redeemed Israel, for the roots of this truth from Scripture. Her books are highly recommended!)