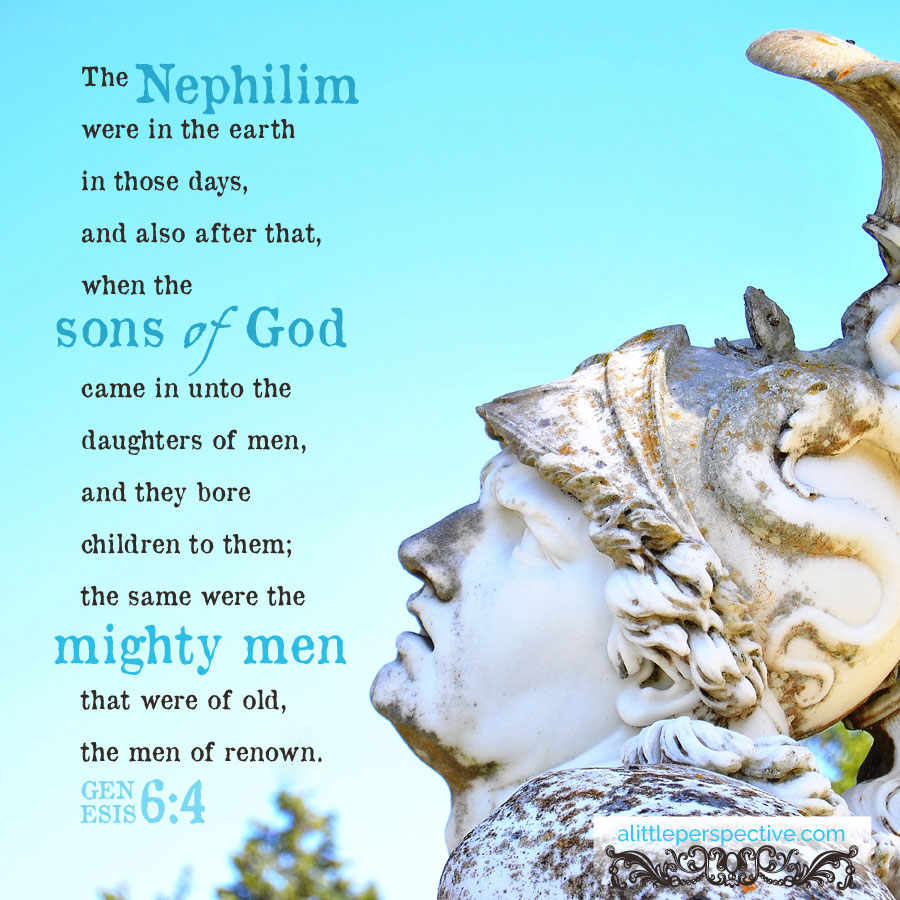 5:32 And Noah was five hundred years old; and Noah begot Shem, Ham, and Japheth. 6:1 And it came to pass, when men began to multiply on the face of the earth, and daughters were born to them, 2 that the sons of God (bene-ha’elohiym) saw that the daughters of men were fair; and they took wives for themselves, whoever they chose. 3 And YHVH said: My Spirit shall not abide in man forever, for he is flesh; therefore his days shall be one hundred and twenty years. 4 The giants (nephilim) were in the earth in those days, and also after that, when the sons of God (bene-ha’elohiym) came in to the daughters of men, and they bore children to them; the same were the mighty men that were of old, the men of renown. {p} Gen 5:32-6:4

Who were the sons of God, when Scripture tells us that God has only one begotten Son?

For God so loved the world, that He gave His only begotten Son, that whosoever believes in Him should not perish, but have everlasting life. Joh 3:16

First we must recognize that the Hebrew which is always translated, “God,” the true God, Strong’s H430 elohiym, is also used in Scripture to mean, “false gods,” “angels,” “judges,” and “rulers.” The full study into elohiym is posted here. But in this passage I believe the correct translation is,

… the sons of the rulers saw that the daughters of men were fair … Gen 6:2

First. The phrase, “when men began,” in 6:1, is one of only five occurrences in the opening chapters of Genesis, describing a change in culture and society following the profaning of something meant to be sacred, as the verb translated “began” actually means, “to profane.”

Gen 6:1, Men profanely began to multiply their daughters, not as children to be cherished and raised to feminine maturity as helpmates and mothers of their own house, but as objects to be bartered for the use of the wealthy elite in possibly the first instance of human trafficking in the history of the world.

The full study into “when men began,” is posted here.

Second. The Hebrew in the phrase, “took wives for themselves,” in 6:2, translated “to take,” carries both a positive and a negative spin. The positive spin on this verb is merely to receive that which has been given, as indicated by the noun “learning,” which comes from this root. The negative spin on this verb is to take by force, as indicated by the nouns “captive,” “prey,” and “oppression,” which also come from this root. I believe in 6:2 it is meant in its negative spin, that the sons of the rulers forcibly took  wives from among the daughters of (common) men, whomever they chose. The full study into the Hebrew root is posted here.

Third. Immediately following the history of the rapacious abuse of office employed by the sons of rulers, if the above is correct, God’s commentary in 6:3 is,

“My Spirit shall not abide in man forever, for he is flesh; therefore his days shall be one hundred and twenty years.”

That is, a censure, for men in this era lived 900+ years. The double meaning on this censure is also that Noah was 120 years building the ark, so man had 120 years left before his flesh was destroyed in the Flood.

Now if the fault was with higher spiritual beings, demons or angels, who impregnated women, and not man, then why censure man? Why does His censure not fall on angels? Moreover, in Gen 6:5-6, His censure is again with man and not angels:

And YHVH saw that the wickedness of man was great in the earth, and that every imagination of the thoughts of his heart was only evil continually. And it repented YHVH that He had made man on the earth, and it grieved Him at His heart.

Sons of God in Psalm 82
Translating Strong’s H430, elohiym
Sons of God in Job
Bunny trail: the chief cornerstone
Sons of God and morning stars
Spiritual and natural rulers
Goat demons, then and now
The origin of the goat demon in antiquity