You are here: Home / Bible Study / genesis / Genesis 3 and 4, On desiring to rule 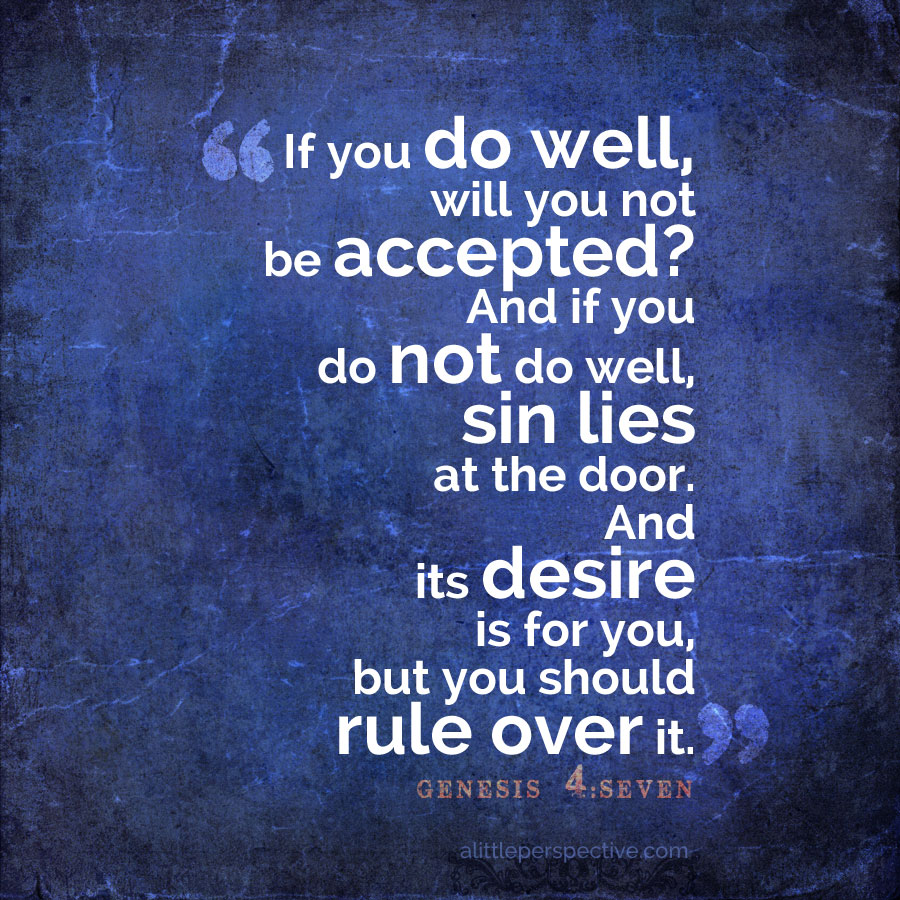 And out of the ground the LORD God made to grow every tree that is pleasant to the sight, and good for food; the tree of life also in the midst of the garden, and the tree of knowledge of good and evil. Gen 2:9

According to the Ancient Hebrew Lexicon, related words in this family are “cheese,” “heat,” and “sun,” because of the ancients’ method of making cheese. They poured milk in an animal skin bag, and then hung it out in the sun while pushing the bag back and forth to mix the contents. The heat and the mixing activated an enzyme which caused the milk to separate into curds and whey. Thus the separated (chet) milk (mem, as indicative of any liquid) which was moved back and forth (dalet, as a door swings back and forth on its hinges) created cheese.

Then what is the connection of the root chamad to coveting? The related word “cheese” is a concrete noun, and its verbal form means “to heat,” from the heat required to turn the milk into cheese. From its meaning of “to heat,” then, comes the Hebrew word for fury, (hot anger), and interestingly enough, conception. We still say today that animals conceive their young when they are “in heat.”

To covet something is to desire it like the desire of the heat of lust.

To the woman He said: “I will greatly multiply your pain and your travail; in pain you shall bring forth children; and your desire shall be to your husband, and he shall rule over you.” Gen 3:16

Repetition (shin) of the established (vav, as a tent peg establishes the tent) circuit (quph, as the sun on the horizon is completing its daily circuit). This is the root for the Hebrew words translated river, rushing, overflow, drink, trough, and marrow. The idea is of the annual overflow of the river’s banks during the cyclical rainy season which returns year after year.

You have remembered the earth, and watered her (shuk), greatly enriching her, with the river of God that is full of water. Psa 65:9

According to Hebrew scholarship the rain desires to flood the earth, but God restrains it (Gen 9:11). The sense that the root meaning, to run over, gives to teshukah, is that desire floods the soul with longing.

To the woman He said: “I will greatly multiply your pain and your travail; in pain you shall bring forth children; and your desire shall be to your husband, and he shall rule over you.” Gen 3:16

The reverse parallelism of this passage reveals what is meant:

And to rule over the day and over the night, and to divide the light from the darkness: and God saw that it was good. Gen 1:18

Eve exerted pressure upon her husband in her desire to rule over him, in the matter of eating the fruit that God had forbidden them to eat. Adam succumbed to that pressure, instead of ruling over her.

If you do well, shall it not be lifted up? And if you do not do well, sin crouches at the door; and to you is its desire, but you must rule over it. Gen 4:7

Sin and the flesh desire to rule.

When Eve took the fruit from the tree of the knowledge of good and evil, she saw that it was desirable, and she desired it. The serpent prodded her to awake the desire of the flesh in her. YHVH appointed for Eve her husband to henceforth rule over, or overrule, the desires of her flesh. When Adam did not overrule the voice of his wife, when she contradicted the voice of YHVH, and instead also submitted to the desires of the flesh, he was exiled from life in the Garden, to work a cursed ground.

The flesh likewise ruled Cain when he deemed it too much trouble to bring the firstfruits of the ground to YHVH, and only brought the fruit of the ground. YHVH reinforced for Cain that he must master the desires of the flesh (sin). When Cain did not overrule the anger which threatened him, which crouched at the door, but instead submitted to it by killing his brother, he was exiled from his family, and cursed to no longer work the ground.

Sin desires to rule over us, but we must rule over it, just as God rules over the rain which desires to flood the earth. As we are seeing, that desire brings destruction in its wake.