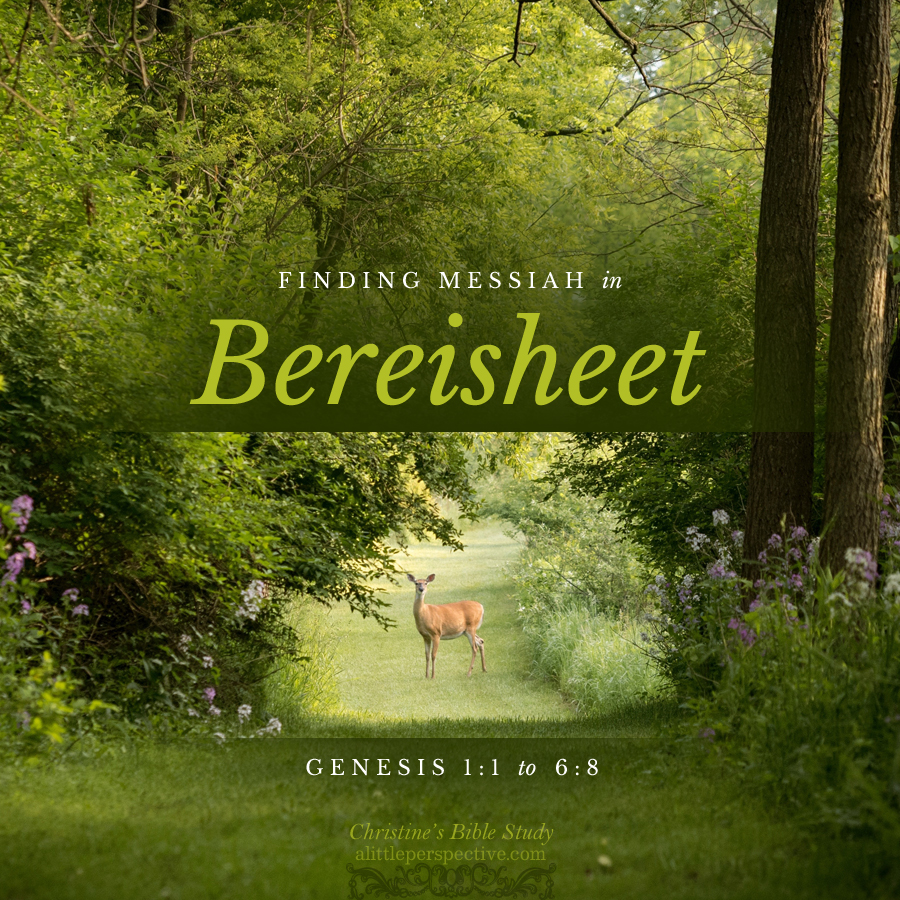 The Word that God spoke at Creation is Messiah.

[He] is the image of the invisible God, the firstborn of every creature: for by Him were all things created, that are in heaven, and that are in earth, visible and invisible, whether they are thrones, or dominions, or principalities, or powers: all things were created by Him, and for Him: and He is before all things, and by Him all things consist. Col 1:15-17

He continues to uphold the universe by the Word of His Power—that is, by Yeshua.

… Who being the brightness of His glory, and the express image of His person, and upholding all things by the Word of His power, when He had by Himself purged our sins, sat down on the right hand of the Majesty on high … Heb 1:3

Messiah Yeshua is the I AM from the foundation of the world, the Light of the world, and our Sabbath Rest. Admittedly, some of these things are mysteries. But God is showing us that He is what comes out of His mouth; that what He speaks is what He is and who He is. Words cannot be divorced from persona or character, because “Out of the abundance of the heart, the mouth speaks,” (Luk 6:45).

Then spoke Yeshua again unto them, saying, “I AM the light of the world: he that follows Me shall not walk in darkness, but shall have the light of life.” Joh 8:12

“Come unto Me, all you that labor and are heavy laden, and I will give you rest. Take My yoke upon you, and learn of Me; for I AM meek and lowly in heart: and you shall find rest unto your souls. For My yoke is easy, and My burden is light.”  Mat 11:28-30

Messiah is the Seed of the Woman promised in Gen 3:15, who crushes Satan’s head and restores mankind to the perfection, communion with God, and rest we experienced in the Garden before the Fall. He erases the effect of sin on His perfect Creation.

Interestingly enough, the ancestors of the Greeks remembered this promise after they had dispersed from the Tower of Babel and settled in the Balkan peninsula. It was said of the hero Achilles, portrayed as the savior of the Greeks in The Iliad of Homer, that he was invincible and could only be wounded in his heel.

And Cain said unto YHVH, “My punishment is greater than I can bear.” Gen 4:13

This true statement applies to us all; however, the One in whose hand is the Shepherd’s staff knows this, and provided for us the Promised Seed, to crush the head of the serpent, and to deliver us from the Land of Wandering, to restore us to His presence again.

Of the two brothers, Cain and Abel, Abel kept flocks, while Cain tilled the ground. The Hebrew scholars say that Cain and Abel brought their offerings on YHVH’s appointed time of the 14th day of the 1st month, the full moon of the month of ripening grain. Abel brought the firstfruits of his flock—an unblemished, acceptable sacrifice, while Cain did not bring the firstfruits, the first and best, of his grain. When YHVH accepted Abel’s offering but not Cain’s, Cain rose up and killed his brother. The unrighteous seed killed the righteous seed, and Abel became the first prophetic type of Messiah Yeshua, slain on the appointed feast day of Passover.

The Hebrew paragraph divisions for this section are:

Here the Gospel is presented in Genesis, not only overtly in the history of Enoch and Noah, for the man who walked with God did not die, and the man who found grace in the eyes of YHVH did not perish in the judgment, but also covertly as a second witness. Notice that the names of the first ten patriarchs before the Flood tell the prophecy of God’s plan of salvation in Messiah.

“Man is appointed mortality possessed of sorrow, but the blessed God shall descend, teaching; and His death shall bring the despairing, comfort and rest.”

GENESIS 1:1-6:8 ANNUAL BEREISHEET “IN THE BEGINNING” OUTLINE | GENESIS INDEX OF STUDIES
FINDING MESSIAH IN TORAH: A MESSIANIC DISCOVERY THROUGH THE TORAH PORTIONS
THE LAW OF LOVE: THE GOSPEL OF GRACE REVEALED IN THE COMMANDMENTS OF GOD