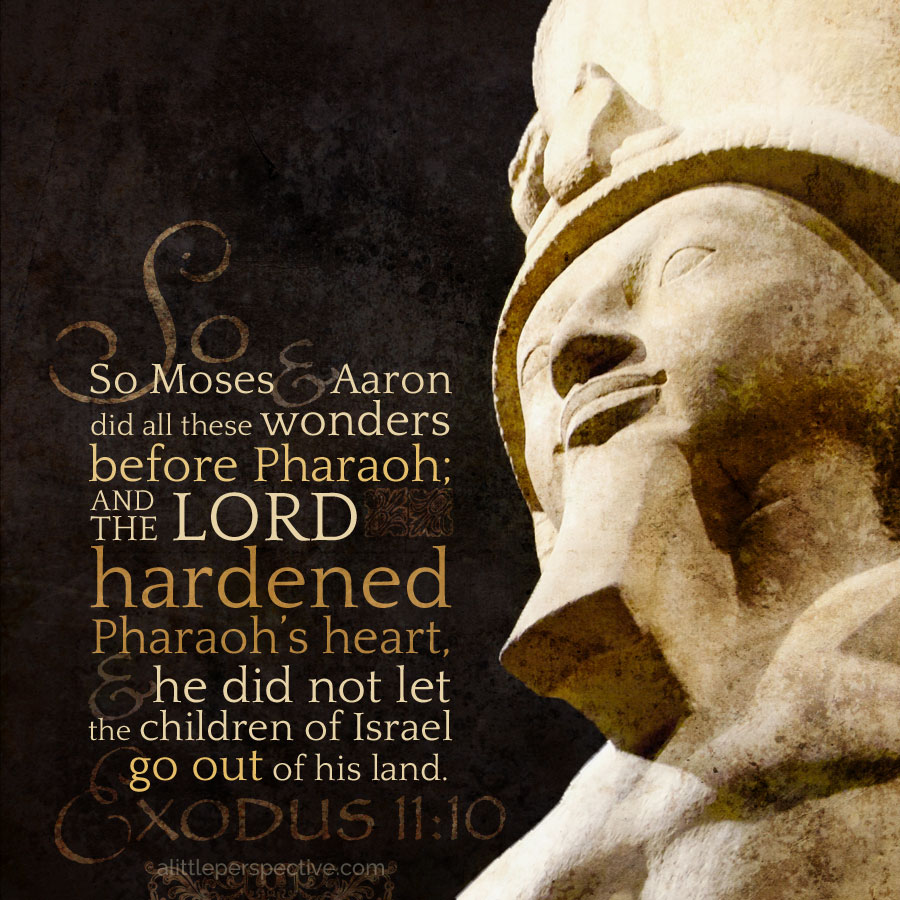 We have studied some of these roots before:

But these we have not studied before:

And YHVH said to Moses: “Yet one plague more I will bring on Pharaoh, and on Egypt; afterwards he will let you go from here.” Exo 11:1

Plague is Strong’s H5061, nega, a concrete noun meaning, “stroke, blow, plague;” from Strong’s H5060 נגע naga, a primitive root meaning, “to touch” (the positive spin), “to lay a hand upon, to strike” (the negative spin). The pictographs are nun + gimel + ayin.

The parable being told by the pictographs is essentially, the seed (nun) walking (gimel) which results in knowing (ayin); i.e. having relations with another. From this basic understanding comes the concept of “to touch” in all its various applications. The negative spin on the verb in certain constructions leads to the meaning of striking a blow. A plague often results from a microscopic seed invading the body, thus invading the community, and spreading.

Great is Strong’s H1419, gadowl, an adjective meaning, “great, in magnitude and extent;” from Strong’s H1431 גדל gadal, a primitive root meaning, “to grow, to be or become great.” The pictographs are gimel + dalet + lamed.

The story being told is of gathering together (gimel) to enter into (dalet) or press upon another with authority (lamed); thus cognate words can mean a band or troop, as we saw with the meaning of Gad’s name (there is the gimel + dalet again). If one can summon others and then successfully press upon rivals so as to extend authority over them, then that one becomes renowned for greatness.

I could not see how the smaller paragraphs formed their own structure. The combination of the three paragraphs was the first structure I could map: 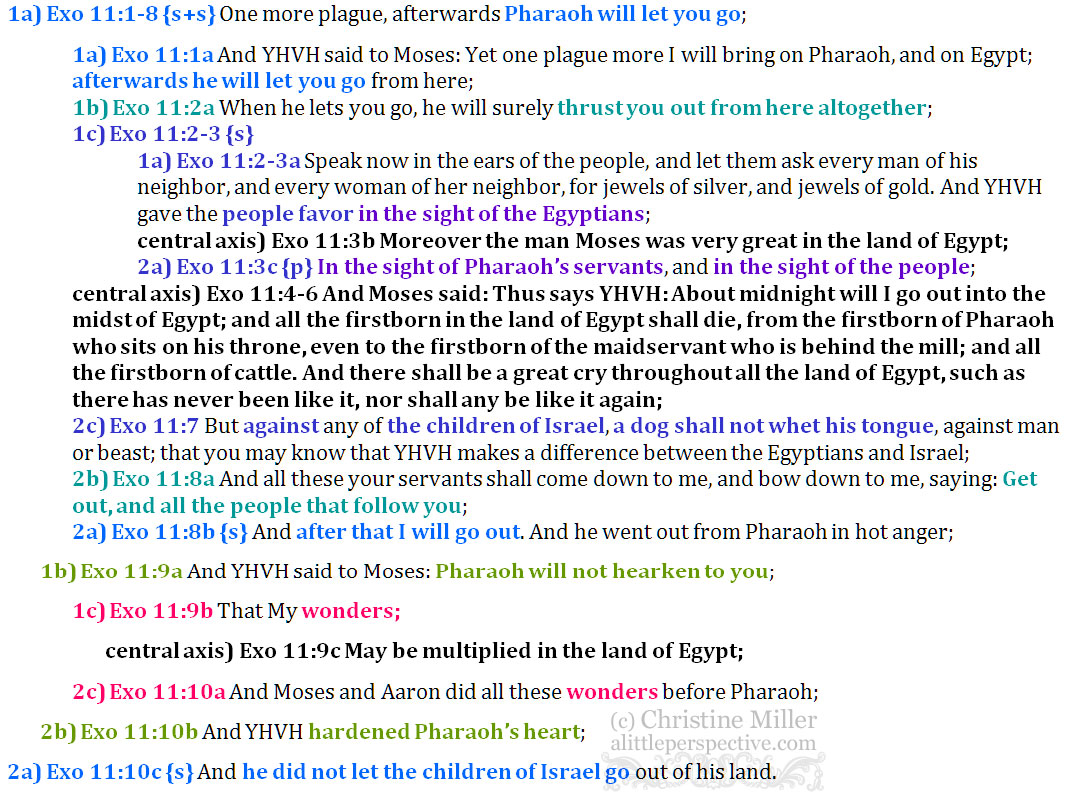 The final verses of this paragraph can be seen as a summary, not only to be applied to the plague of darkness, but to all nine plagues inflicted on Egypt thus far. Pharaoh’s heart was hardened toward God’s demand, and toward all the wonders which Moses and Aaron had performed thus far, so that God’s glory and fame, the result of the wonders, might be multiplied in Egypt. Why does glory and fame need to resound to YHVH? So that the nations may learn to fear Him, and thus, to hearken to Him when He speaks!