You are here: Home / Bible Study / deuteronomy / do not commit murder 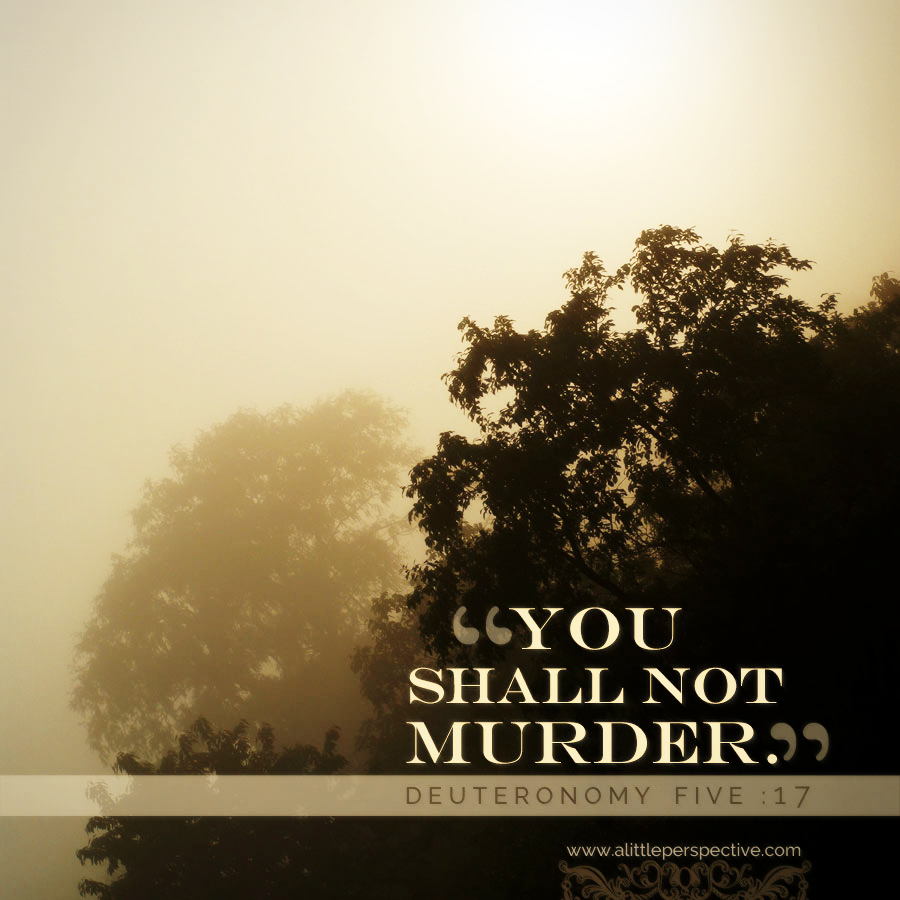 God will do three things — hear from heaven, forgive our sin, and heal our land — after His people do three things — humble themselves and pray, seek His face, and turn from our wicked ways (2 Chr 7:14). The cooperation of atheists and the ungodly is not required. We are examining the summary of Torah, God’s definition of righteousness and wickedness, in the Ten Commandments, in order to understand what He considers wicked about our ways, from which He is waiting for us to turn.

The Ten Commandments are given in Deu 5. The 6th commandment, Do not commit murder,  is explained in Deu 19:1-21:9. Following is the summary of what Deu 19:1-21:9 teaches ‘Do not commit murder’ means. Please visit the links for the fascinating in-depth analysis. But the real reason for the in-depth analysis, is so that we can recognize any wicked way among us, in falling short, and repent of it! As His people do so, He will hear us from heaven, will forgive us these sins, and will heal our land!

Stay with me, these all have to do with murder in one way or another. The strong theme begun in Honoring authority ends squarely in Do not commit murder, and teaches us that authority, which is charged with determining cases of murder, shall temper the execution of justice with mercy. That the Lord provides for cities of refuge in the case of accidental death, teaches us that manslaughter is not murder. However, when true murder has been committed, authorities must see to it that the murderer does not find refuge, lest the authorities become complicit in creating innocent victims, and bloodguiltiness increases in the land. Furthermore, when warfare is inevitable, Scripture teaches us how to wage war justly, so that we do not commit murder by warfare. We must have such a great respect for life, in fact, that when a murder remains unsolved, and no murderer may be brought to justice, that we avail ourselves of God’s atonement. The chiastic structure for the 6th commandment furthermore reveals amazing wisdom.

The studies on ‘Do not commit murder’ linked in this explanation:

This series is continued: