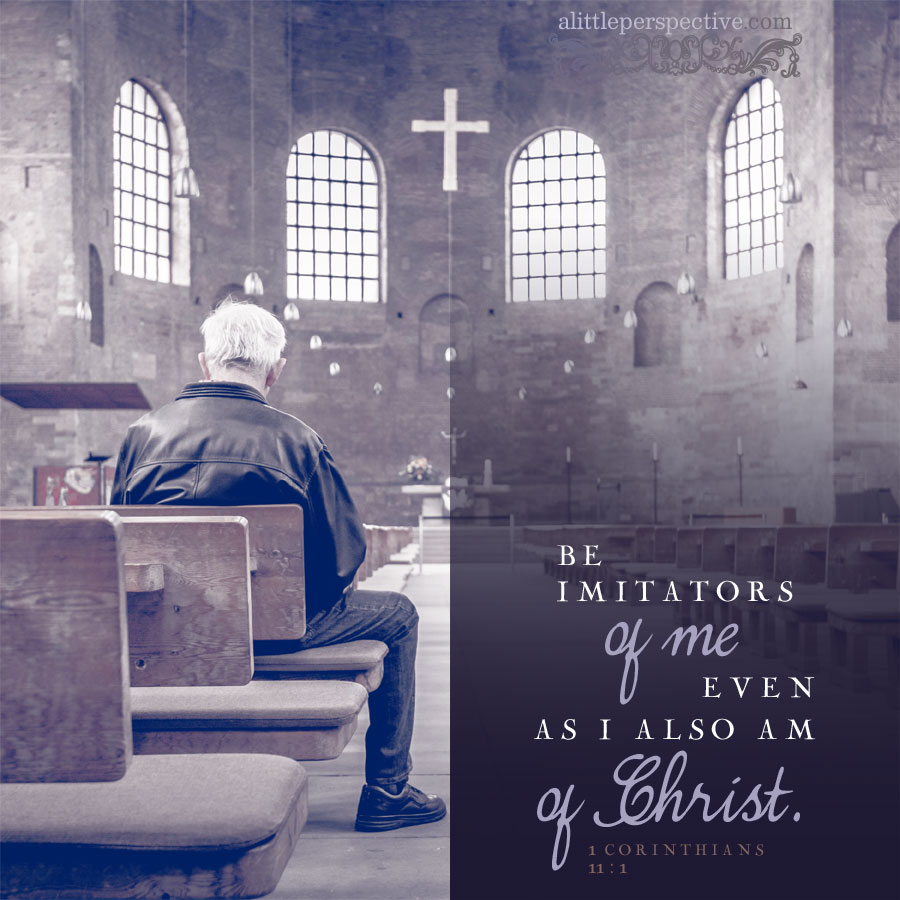 1a) 1 Cor 11:2, I praise you that you hold firm the traditions as I delivered them to you;
1b) 1 Cor 11:3-7a, Every woman praying or prophesying with her head unveiled dishonors her head;

The D pair reveals something fascinating, and this is a theme Paul has been hammering home in Corinthians: it might be perfectly legal for you to do something. But if the welfare of another is transgressed in your pursuit of perfect legality, then you have fallen short of the Law. You have not imitated Christ (been a follower or disciple of Jesus), because the Law can be summed up by the verb Love, and Love does no harm to a neighbor.

Do not be in such hot pursuit of perfect legality that you cause others to stumble, because that does not bring glory to God.

He is saying, Lay down what you want, no matter how just it is for you to have what you want, if what you want will hurt someone else. So simple, and yet so hard for the flesh to let go of its bone! What bone have we got between our teeth today? Help us to drop it at Your feet, Lord!

1 corinthians 11, the Lord’s supper
1 corinthians 11, head coverings (full disclosure: I do cover my hair)
Does the Torah command headcovering? – Anne’s Coffee Break
What does “because of the angels” refer to in 1 Cor 11:10? – Bible Hermeneutics