You are here: Home / Perspective / books and poetry / you know you’re a history fan if … 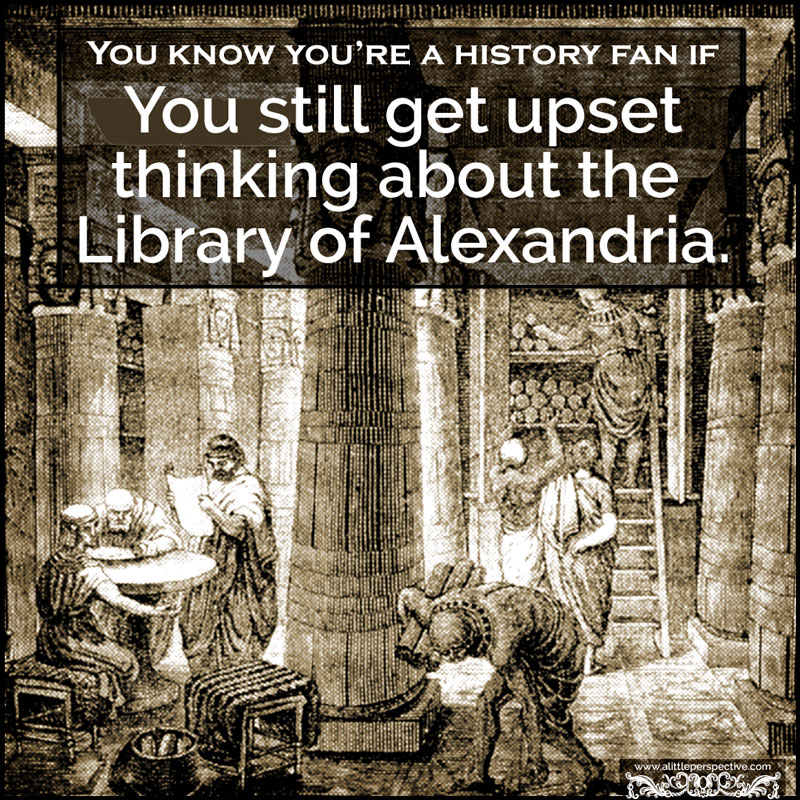 AS soon as Caesar landed in Egypt, he was offered Pompey’s head. Instead of rejoicing at the sight of this ghastly token, he burst into tears. Then, taking advantage of his power, he interfered in the affairs of Egypt, and gave the throne to Cle-o-pa´tra, the king’s sister, who was the most beautiful woman of her time.

This did not please some of the Egyptians, who still wished to be ruled by Ptolemy. The result was a war between Ptolemy and the Egyptians on one side, and Caesar and Cleopatra on the other.

In the course of this conflict the whole world suffered great loss; for the magnificent library at Al-ex-an-´dri-a, containing four hundred thousand manuscript volumes, was accidentally set on fire. These precious books were written on parchment, or on a sort of bark called papyrus. They were all burned up, and thus were lost the records of the work of many ancient students.

I wonder what details of history, philosophy, poetry, mythology, and the ancient knowledge of science, mathematics, astronomy, and medicine were lost. But I thank God that He preserved the greatest ancient book, the Holy Scriptures! In them (and in Him) we have everything we need for life and godliness.