You are here: Home / Family / when my grandmother was a girl 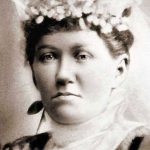 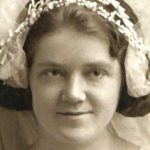 My grandmother was born in 1901 in Iowa. When my grandmother was a girl, her family spoke only German at home, but she and her siblings spoke English at school. You see, her father, my great-grandmother’s husband, had immigrated to the U.S. from Switzerland when he was 17, and German was his native tongue. But then World War I broke out in 1917, and that day my great-grandfather declared, “There will never again be German spoken in this house! We are proud Americans, not Germans, and from this day forward we will only speak English!” 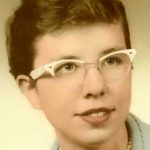 My mother was born in 1934 in Nebraska. When my mother was a girl, she was the first generation in her family to grow up in a city instead of on a family farm. Both sets of her grandparents farmed, but her father, my grandmother’s husband, worked for the Union Pacific Railroad instead. She grew up during the World War II years, and graduated from high school just as home TVs (with 3 channels) were becoming the norm, and Rock and Roll was being born. 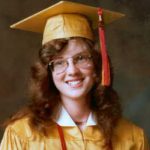 I was born in 1961 in Nebraska. When I was a girl, the United States was in the Space Race with the Soviet Union. My parents woke my siblings and I up while it was still quite dark one day so we could watch Neil Armstrong on television be the first man to walk on the moon. I was in high school during the peace and love era of the 70s, but I have always been somewhat counter-culture. That drop out, drop in mentality never appealed to me, LOL. 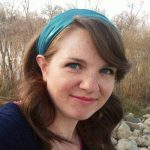 My daughter was born in 1983 in Colorado. When my daughter was a girl, personal computers had just been introduced, and she grew up with an Atari 400, Epson 8088, Acer 486-SX, and IBM clone running Windows 3.1. We also were homeschooling, and so our family employed cutting edge technology (for the times) coupled with a return to my great-grandmother’s one-room schoolhouse. Homeschoolers rock! 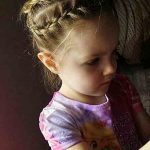 My granddaughter was born in 2007 in Colorado. She is still a girl! She is growing up in the era of high speed internet and cell phones, social media and hundreds of television channels. And yet, she attends a Classical Education charter school, learning her roots in Western Civilization and the biblical worldview stretching back thousands of years.

The times change, but YHVH God has blessed us with an enduring biblical culture which transcends time.