You are here: Home / Perspective / humanities / we were looking forward to “Noah” this weekend …

UPDATE Scroll to the bottom for links to reviews as they are coming in.

I loved the Bible- themed movies of Old Hollywood. The Ten Commandments with Charlton Heston as Moses. The Greatest Story Ever Told with Max von Sydow as Jesus. And … well, those are my favorites. So when I heard that Hollywood was going to do a few Bible- themed movies again this year, I was optimistic. 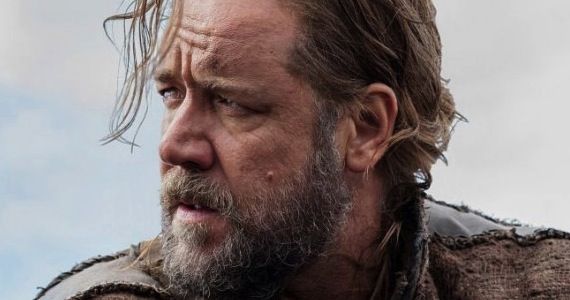 From the beginning the Noah movie, starring Russell Crowe, generated controversy. Now I like Russell Crowe as an actor. He starred in two of my favorite movies of recent years: The Gladiator (I am a sucker for ancient history movies, and in fact, I am really looking forward to seeing Pompeii (I didn’t realize it had already been released! I read The Last Days of Pompeii a half dozen times as a kid) and Cinderella Man. But while I did not expect strict biblical accuracy, I really really really wanted the movie to be good, and I really really really wanted to like it.

But then a few friends of Answers in Genesis saw a pre-screening of the movie, and the report was not good. A select group from The National Broadcaster’s Association saw a pre- screening of the movie, and based on that, it was decided that Paramount needed to add a disclaimer to the movie that it was merely inspired by the biblical story. Uh oh. I don’t remember The Ten Commandments with Charlton Heston needing such a disclaimer.

My husband and I went back and forth. Do we see Noah? Do we not see Noah?

Religious leaders are on board with Noah, Darren Aronofsky’s dramatic re-telling of the story of Noah’s Ark, which stars Russell Crowe. Several scholars and religious leaders participated in a video about the Paramount film, encouraging the faithful to see the movie.

Writer-producer Phil Cooke made the video at Paramount’s request after he wrote a blog post encouraging Christians to check out the film. “It’s a horrifying story about how serious human sinfulness is,” said King’s College President Gregory Thornbury.

Okay, we decided to go see it, then, perhaps to send Hollywood the message that we appreciate them making biblical films. But then Paramount invited Glenn Beck to see a pre-screening. He warned them that he would be honest. They wanted honest. I seriously don’t think they believed he wouldn’t like it. Boy howdy, did he not like it. And wow, I would not like it either if I saw the things he said he saw. I believed him, though, because he mentioned some of the very same things that Ken Ham objected to.

I certainly do not want to support Hollywood’s effort to exclude God from a biblical movie, or to portray prophets of God as raving lunatics. Gee, does the world really need Hollywood’s help to come to that erroneous conclusion?

But then when I read Atheist ‘Noah’ director brags film is least biblical Bible movie ever, the lid was firmly nailed into the coffin. No thank you. I am not going to reward Hollywood for making a mockery of God, of His prophets, or His word.

UPDATE: The Ray Comfort video, Noah and the Last Days, is now on YouTube for everyone to watch. It is NOT a dramatization of the Noah story … but it is a great video that really makes one think. I enjoyed it. ♥

UPDATE: The reviews are coming in: