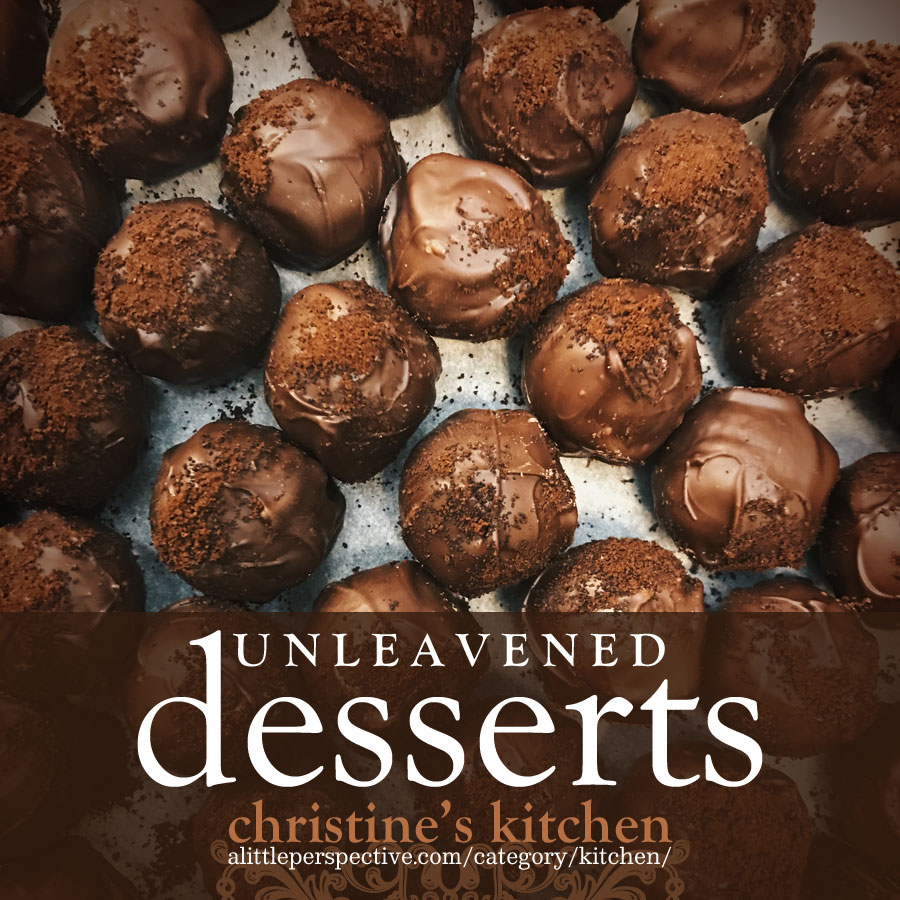 None of these desserts contain yeast, baking powder or baking soda (leaven), which we are to abstain from during the holidays which fall during the week of Unleavened Bread. I don’t consider air whipped into a dessert such as chocolate mousse leaven. And I have my doubts that Scripture intends to ban chemical leavening agents either, such as baking soda or baking powder, since the Hebrew word for leaven indicates yeast. As the purpose of the holiday is to picture lives, families, communities, and nations which have been cleansed of sin, which grows on its own from a hidden tiny portion, a small foothold, until the whole lump is leavened, yeast is clearly meant, as the only live leavening organism which has that effect. However, this point is debated among well- meaning people, so I have included only recipes which also do not contain chemical leaveners.