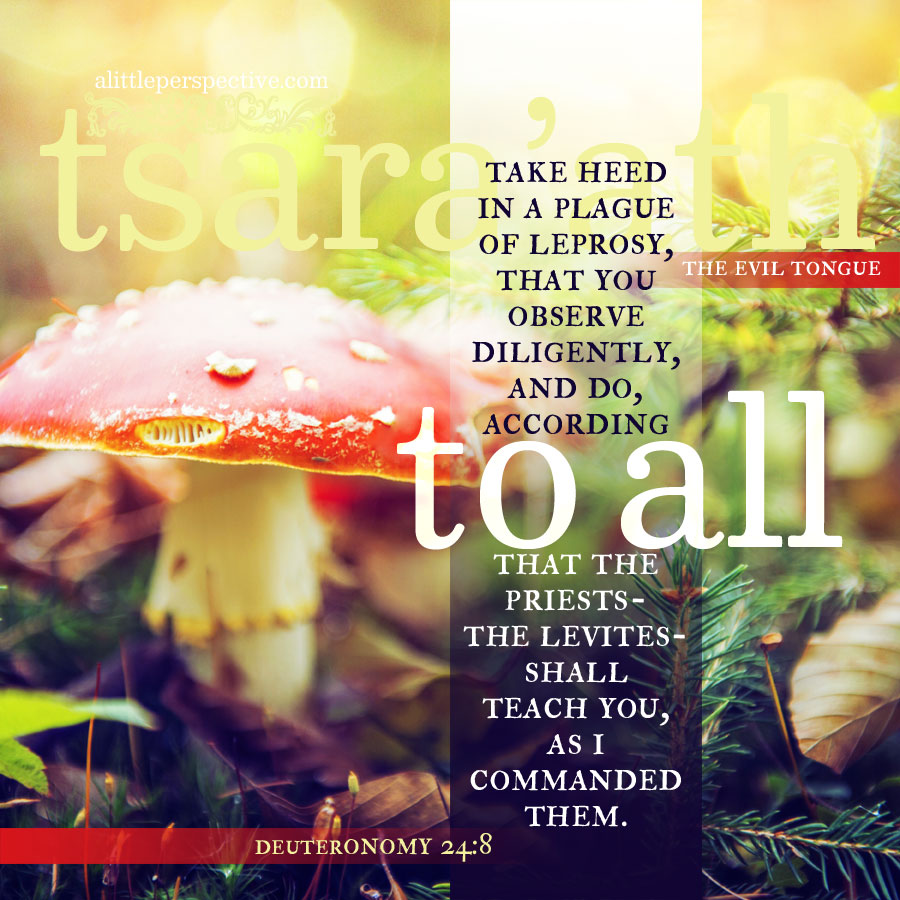 The story: Bringing down (tsadey, as a hunter brings down his game) the man (resh) in one’s eyes (ayin).

The story does not seem to have anything to do with a skin disease, but follow with me. Scripture is using its teaching tools to paint a natural picture. To understand it, let’s look at the other Torah mentions of leprosy. It comes up again in the very brief explanation of the 9th Commandment, Do not bear false witness, found in Deu 24:8-9, even referring back to this very passage in Leviticus:

Take heed in a plague of leprosy (tsara’ath), that you observe diligently, and do according to all that the priests- the Levites- shall teach you, as I commanded them, so you shall observe to do. Remember what YHVH your God did to Miriam, on the way, as you came forth out of Egypt!

The history of what YHVH did to Miriam is recorded in Num 12. Miriam and Aaron had spoken against Moses, and Miriam became leprous as a result. They were bearing false witness against Moses, and it was offensive to YHVH, for Moses was not only a prophet – a man who sees – but he was the steward of YHVH’s house, and YHVH spoke to him face to face, and not in visions or dreams. Miriam and Aaron were bringing him down in their own eyes and in the eyes of the congregation by speaking against him. The tsadey is also the pictograph of the man lying down or hiding in wait or in ambush, something a hunter does, but also something an enemy does, further bringing out the concept that the origin of speech which brings down is the enemy and not the Spirit of God.