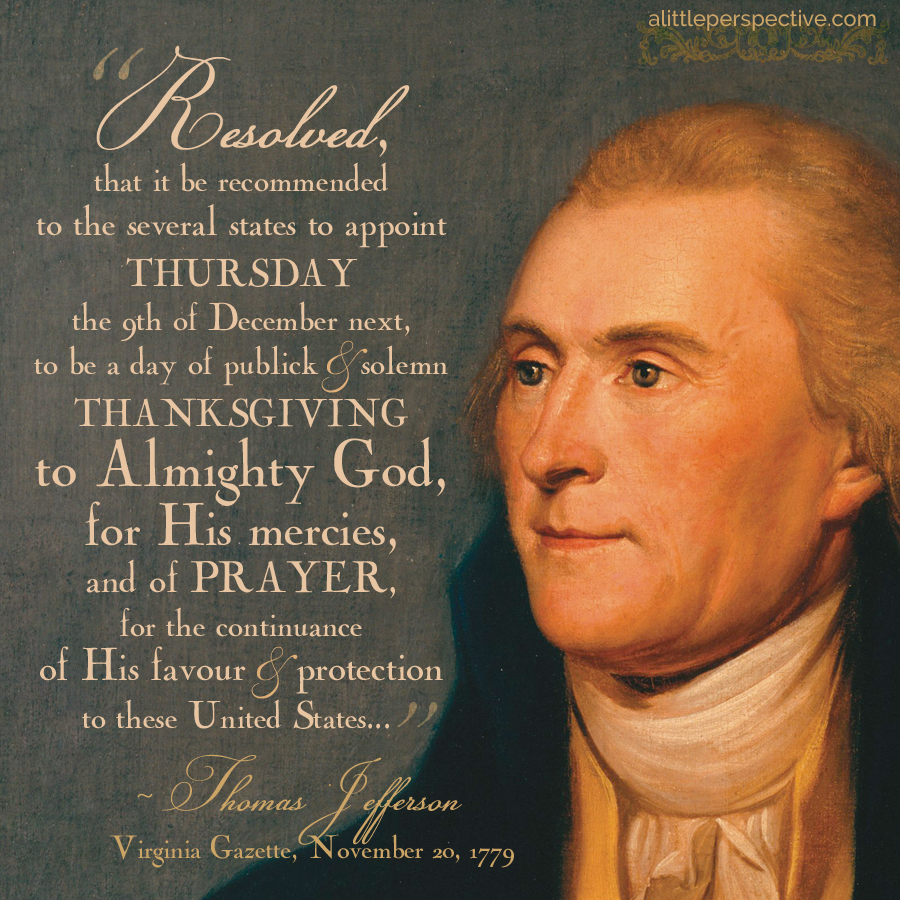 “Whereas the Honourable the General Congress, impressed with a grateful sense of the goodness of Almighty God, in blessing the greater part of this extensive continent with plentiful harvests, crowning our arms with repeated successes, conducting us hitherto safely through the perils with which we have been encompassed and manifesting in multiplied instances his divine care of these infant states, hath thought proper by their act of the 20th day of October last, to recommend to the several states that Thursday the 9th of December next be appointed a day of publick and solemn thanksgiving and prayer, which act is in these words, to wit.

“Whereas it becomes us humbly to approach the throne of Almighty God, with gratitude and praise, for the wonders which his goodness has wrought in conducting our forefathers to this western world; for his protection to them and to their posterity, amidst difficulties and dangers; for raising us their children from deep distress, to be numbered among the nations of the earth; and for arming the hands of just and mighty Princes in our deliverance; and especially for that he hath been pleased to grant us the enjoyment of health and so to order the revolving seasons, that the earth hath produced her increase in abundance, blessing the labours of the husbandman, and spreading plenty through the land; that he hath prospered our arms and those of our ally, been a shield to our troops in the hour of danger, pointed their swords to victory, and led them in triumph over the bulwarks of the foe; that he hath gone with those who went out into the wilderness against the savage tribes; that he hath stayed the hand of the spoiler, and turned back his meditated destruction; that he hath prospered our commerce, and given success to those who sought the enemy on the face of the deep; and above all, that he hath diffused the glorious light of the gospel, whereby, through the merits of our gracious Redeemer, we may become the heirs of his eternal glory. Therefore,

“Resolved, that it be recommended to the several states to appoint THURSDAY the 9th of December next, to be a day of publick and solemn THANKSGIVING to Almighty God, for his mercies, and of PRAYER, for the continuance of his favour and protection to these United States; to beseech him that he would be graciously pleased to influence our publick Councils, and bless them with wisdom from on high, with unanimity, firmness and success; that he would go forth with our hosts and crown our arms with victory; that he would grant to his church, the plentiful effusions of divine grace, and pour out his holy spirit on all Ministers of the gospel; that he would bless and prosper the means of education, and spread the light of christian knowledge through the remotest corners of the earth; that he would smile upon the labours of his people, and cause the earth to bring forth her fruits in abundance, that we may with gratitude and gladness enjoy them; that he would take into his holy protection, our illustrious ally, give him victory over his enemies, and render him finally great, as the father of his people, and the protector of the rights of mankind; that he would graciously be pleased to turn the hearts of our enemies, and to dispence the blessings of peace to contending nations.

“That he would in mercy look down upon us, pardon all our sins, and receive us into his favour; and finally, that he would establish the independance of these United States upon the basis of religion and virtue, and support and protect them in the enjoyment of peace, liberty and safety.”

“I do therefore by authority from the General Assembly issue this my proclamation, hereby appointing Thursday the 9th day of December next, a day of publick and solemn thanksgiving and prayer to Almighty God, earnestly recommending to all the good people of this commonwealth, to set apart the said day for those purposes, and to the several Ministers of religion to meet their respective societies thereon, to assist them in their prayers, edify them with their discourses, and generally to perform the sacred duties of their function, proper for the occasion.